Bathurst 1000 to give Seton rare opportunity

Bathurst 1000 to give Seton rare opportunity 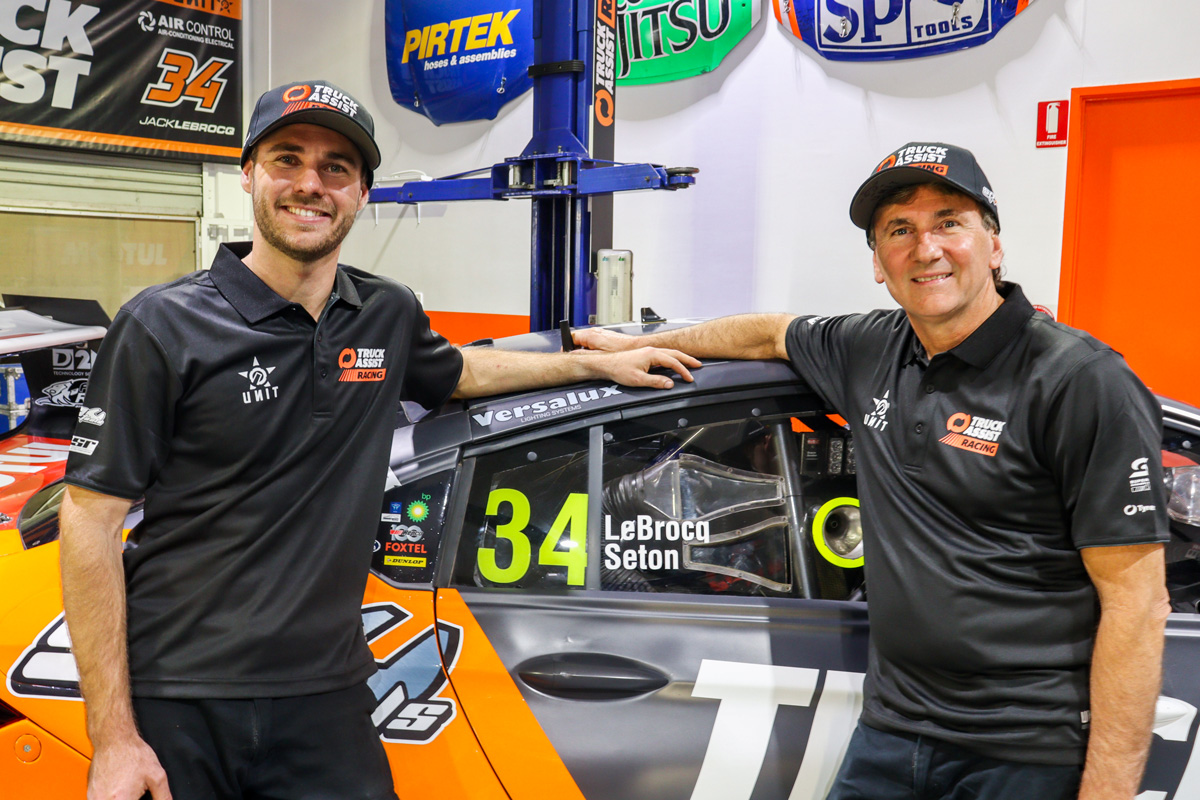 Glenn Seton says it will be a relief to be afforded the opportunity to simply watch on as son Aaron makes his Repco Bathurst 1000 debut later this year.

The two-time ATCC/Supercars champion has played an integral role in Aaron’s racing activities through his rise up the ranks, aiding on both the engineering and mechanical fronts.

That includes in their ongoing Dunlop Super2 Series programme with Matt Stone Racing, where Glenn is the designated race engineer on Car #30.

However, he will take a step back during the main game element of MSR’s Bathurst 1000 campaign as Seton Jnr teams up with Jack Le Brocq.

“I certainly won’t be involved on the main race side of it,” Glenn confirmed to Speedcafe.com.

“I’ll naturally be involved in Super2. And that’s another good thing, for him to be able to go to Bathurst and have that extra miles of doing the Super2 practices and races up there, and also then be able to leap into the other car.

“So that’s better than just turning up and doing the main race and being a co-driver in the main game and not being part of the Super2 side.

Asked whether being on the sidelines will only increase his nerves for the landmark occasion, Glenn replied: “That will probably be a relief to be honest, to be able to step back and watch the real race and what goes on.

“So I’m actually quite happy to stand back, to be honest.

“At the end of the day, I’m 57 now and at some stage I have got to step away from doing everything in the car side of it with Aaron.

“He needs to move forward from there and this is a great opportunity for him.”

Aaron has had an up-and-down 18 months in Super2, but Glenn is ultra-confident that he will rise to the occasion for the Great Race.

“I suppose I get to analyse it, being involved on the weekends or even being able to see in the first practice session he’s usually always in that top five banging it out from lap one out of the pits,” he said.

“We have had a bit of a struggle in some of the race results, but that comes because it is just hard racing now at that level.

“But if you look back on all of the guys who have come through Super2, it takes a good 12 months or so to adapt to the type of competition it is, so he’s hitting his straps now.

“And to be able to go to Bathurst in a ZB, which has actually got a lot more aero than a VF, so that will be quite a comfortable lap around there for him compared to driving around there in the VF to be honest.

“And I just look at Bathurst at the end of last year, and the pace that he had there was extremely good.”