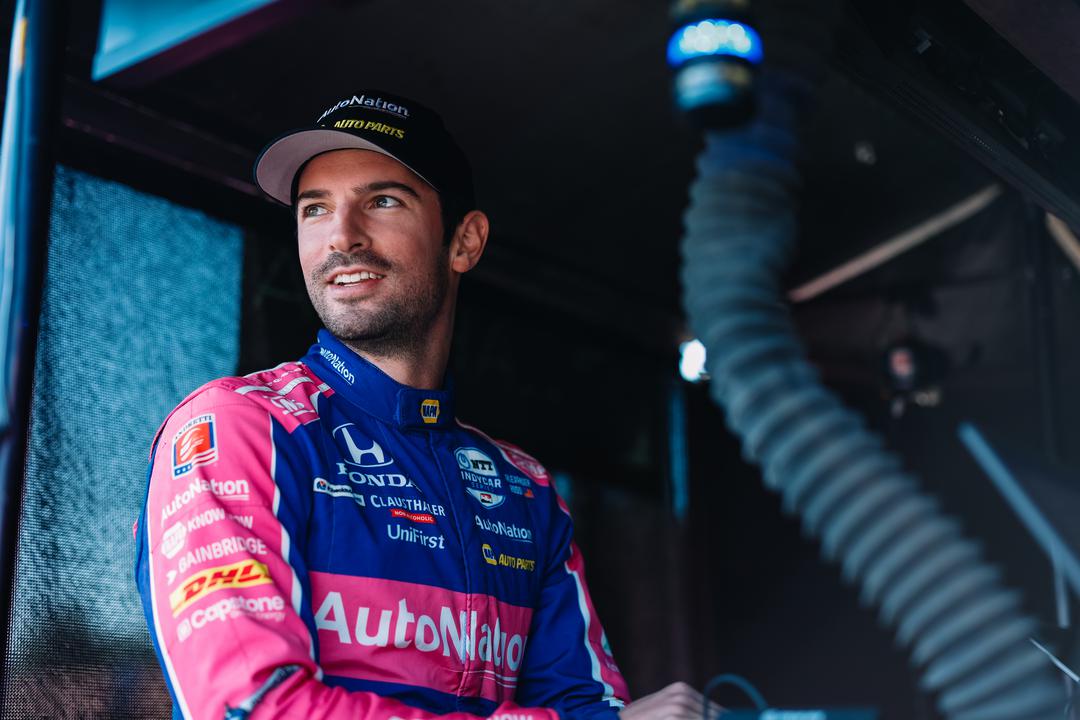 Andretti Autosport’s Alexander Rossi has set the fastest lap in an opening IndyCar practice session at Toronto which was disrupted by four red flag periods.

Team Penske drivers Scott McLaughlin and Will Power both seemingly got away with swiping the outside rear wheel on the wall, at Turn 11 and Turn 8 respectively, but three drivers found themselves in greater trouble, to varying degrees.

Rossi would finish quickest in the #27 Honda with a 1:00.6090s once he had swapped to alternate compound tyres, ending the hit-out less than a tenth of a second up on Meyer Shank Racing’s Simon Pagenaud and Rahal Letterman Lanigan’s Graham Rahal.

While the rookies were out first, as usual, Chip Ganassi Racing’s Alex Palou joined them earlier than the rest did in cutting laps.

The Spaniard at the centre of the remarkable contract wrangle involving McLaren Racing would enjoy several minutes on top of the timing screen when he clocked a 1:01.8398s and 1:01.4782s, either side of the 15-minute mark.

Felix Rosenqvist (McLaren SP) was fastest on a 1:01.3015s by the time a red flag was called in order for IndyCar officials to inspect a manhole cover at the exit of Turn 1, before the green flag came again in the 38th minute.

Rahal took over the ascendancy with a 1:01.2819s, about a minute prior to the second red flag of the session, 45 minutes in.

Ilott was the cause, the rookie getting loose through Turn 1 before smacking the wall with the left-front corner of the #77 Chevrolet.

The field had only been going for another three minutes when Jimmie Johnson (Ganassi) spun at Turn 8 and hit the wall with his front wing, necessitating a third red flag period.

The following restart, with 16 minutes to go, marked a wholesale switch to alternate compound tyres, helping Palou to go back to the top when he laid down a 1:01.1376s.

There was yet another red flag in the 72nd minute when Helio Castroneves (MSR) nosed into the tyre wall at Turn 8, as Scott Dixon (Ganassi) headed up the run-off area just ahead of him.

A final restart came with a touch under two minutes left before the chequered flag, but the top end of the timing screen remained unchanged thereafter.

Rossi thus held sway while Pagenaud had moved into second with a 1:00.6991s moments before his team-mate came unstuck.

Rosenqvist ended up sixth on his aforementioned lap time, from Colton Herta (Andretti Autosport w/ Curb-Agajanian), Dixon, Power on a 1:00.9932s, and Palou in 10th, while McLaughlin finished 15th-fastest on a 1:01.3171s.