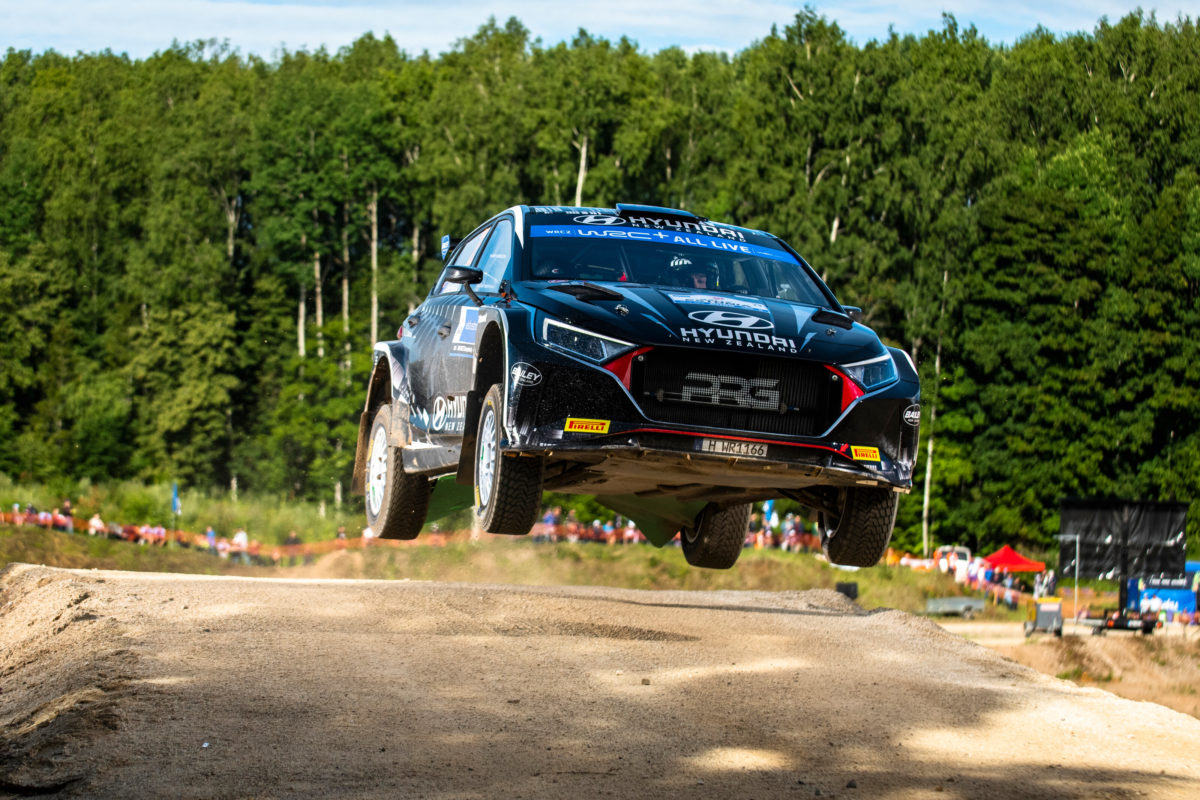 Hayden Paddon is out of his first World Rally Championship event in almost three years after testing positive for COVID-19.

The New Zealander was making his return to the competition at Rally Estonia in the WRC2 class, behind the wheel of a Hyundai i20 N Rally2.

Paddon was eighth-fastest in class at the completion of the Friday morning loop, after which he retired for ‘mechanical’ reasons, according to timing.

However, the 2016 Argentina WRC event winner later advised in a statement issued via social media that he had in fact become infected with the coronavirus.

“Unfortunately, we have had to withdraw from Rally Estonia,” read that statement.

“Gutted is an understatement, but we have been left with no option.

“This morning [Friday, local time] I continued to feel quite ill and couldn’t focus at all on the stages and driving.

“At midday service another Covid test was taken which returned a positive result.

“We have now had to follow all Covid protocols which means withdrawal from the rally.

“A big thanks to Hyundai NZ for the understanding of this situation which is so incredibly poor timing, especially after dodging Covid for the past 2 years.

“We will now focus on full health and recovery to give Rally Finland a good nudge.

Paddon is set to compete full-time in WRC2 next year, while previous start at world championship level came in WRC2 Pro in 2019 at Wales Rally GB.

He was to have contested Rally Finland in the top WRC class earlier that season at Rally Finland, only for an unfortunate testing crash to take him out of the event before it had even begun.

Toyota Gazoo Racing’s Kalle Rovanpera is currently on top at Rally Estonia by an 11.7s margin over team-mate Elfyn Evans.

The championship leader took over the ascendancy in Round 7 of the season with three straight stage wins to end the Friday afternoon loop as patchy rain fell.

Action resumes this afternoon (AEST), with Special Stage 12 live and ad-free on Stan Sport from 18:00 AEST.