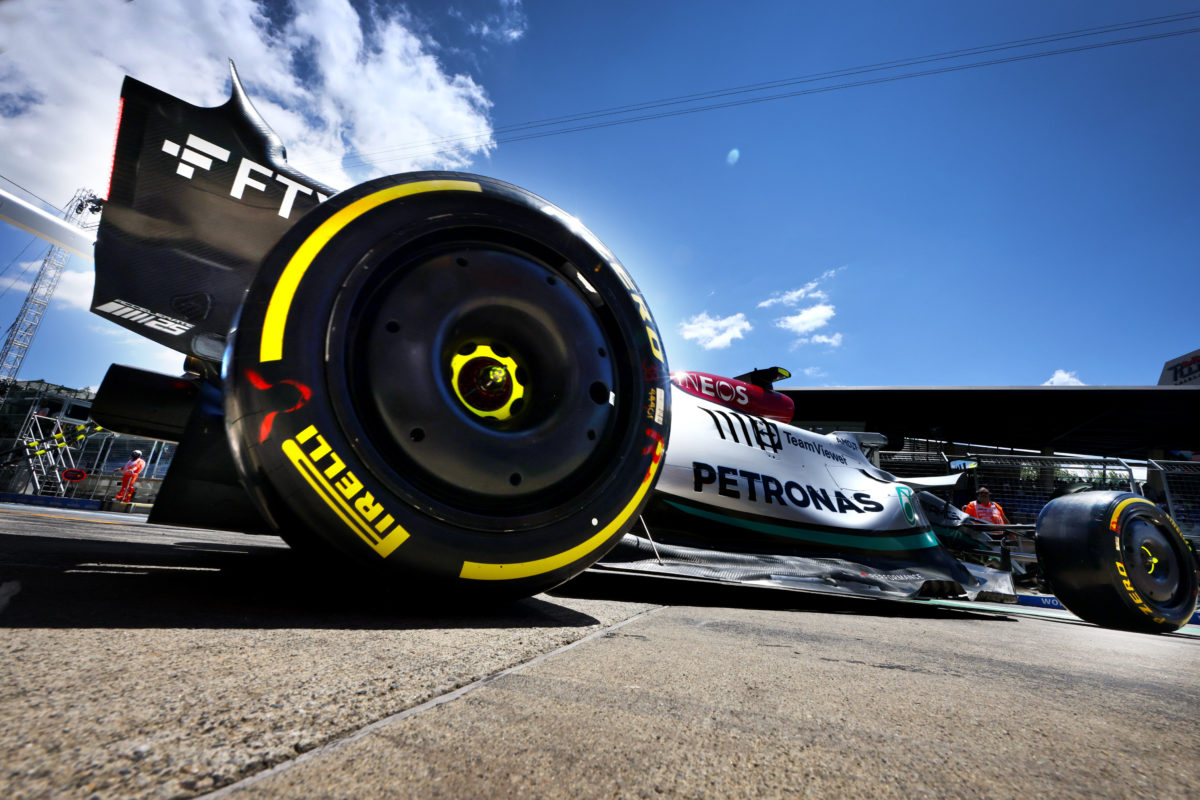 Revised floor rules for 2023 are designed to stop porpoising

A meeting of the Formula 1 Technical Advisory Committee (TAC) has concluded with the sport set to introduce new technical rules for 2023.

Those will be focused on the underfloor of the car and be specifically designed to reduce the prospect of porpoising.

A number of teams have battled the aerodynamic phenomenon this season, which sees the airflow continuously stall and reattach at speed.

That has often been accompanied with the floor of the car impacting the road, sending as much as 10G worth of force through the driver.

The FIA reacted following the Azerbaijan Grand Prix with a technical directive, details of which were also finalised in the TAC prior to its introduction at next month’s Belgian Grand Prix.

More significant, however, are changes to the technical regulations heading into the 2023 campaign with a more permanent set of fixes to be put in place.

That will see the edges of the floor raised by 25mm, while the underfloor diffuser throat will also rise.

Beyond those, there will be tighter deflection tests on the floor itself, no doubt in response to suggestions some teams are flexing their floors this season to create additional downforce.

Finally, a more accurate sensor will be introduced to cars to help quantify the aerodynamic oscillation – effectively a more refined version of what is poised to be introduced in Spa-Francorchamps.

A metric to quantify the bouncing which cars experience has been developed and will be introduced for the Belgian Grand Prix in late-August, though it will be available for teams to reference from next weekend’s French Grand Prix.

From Spa, the first race after Formula 1’s summer shutdown, the way wear on the plank is measured will also have changed.

The measures being introduced this year are considered and accepted to be short-term measures, and could be scrapped in future should a better solution be identified.

In recent races, porpoising has become somewhat less of an issue, though the FIA remains wary, with both Silverstone and the Red Bull Ring being circuits where the phenomena was expected to be low.

However, there are venues that the sport is yet to visit where it’s expected to be prevalent once more, compelling the governing body into action on what it considers to be “a significant safety matter.”

A further step to be taken for 2023 will be more stringent measures on the roll hoop, a move which comes as a direct outcome of Guanyu Zhou’s terrifying British Grand Prix crash.

In that incident, the Alfa Romeo Sauber’s roll over structure was exposed to more than twice the forces the FIA tests for when homologating a chassis, which promptly collapsed under the stress leaving little more than the halo and power unit block to prop up the car and protect its driver.

All determinations will need to be ratified by the World Motor Sport Council prior to ensure the regulations are clear for teams, especially looking to 2023.