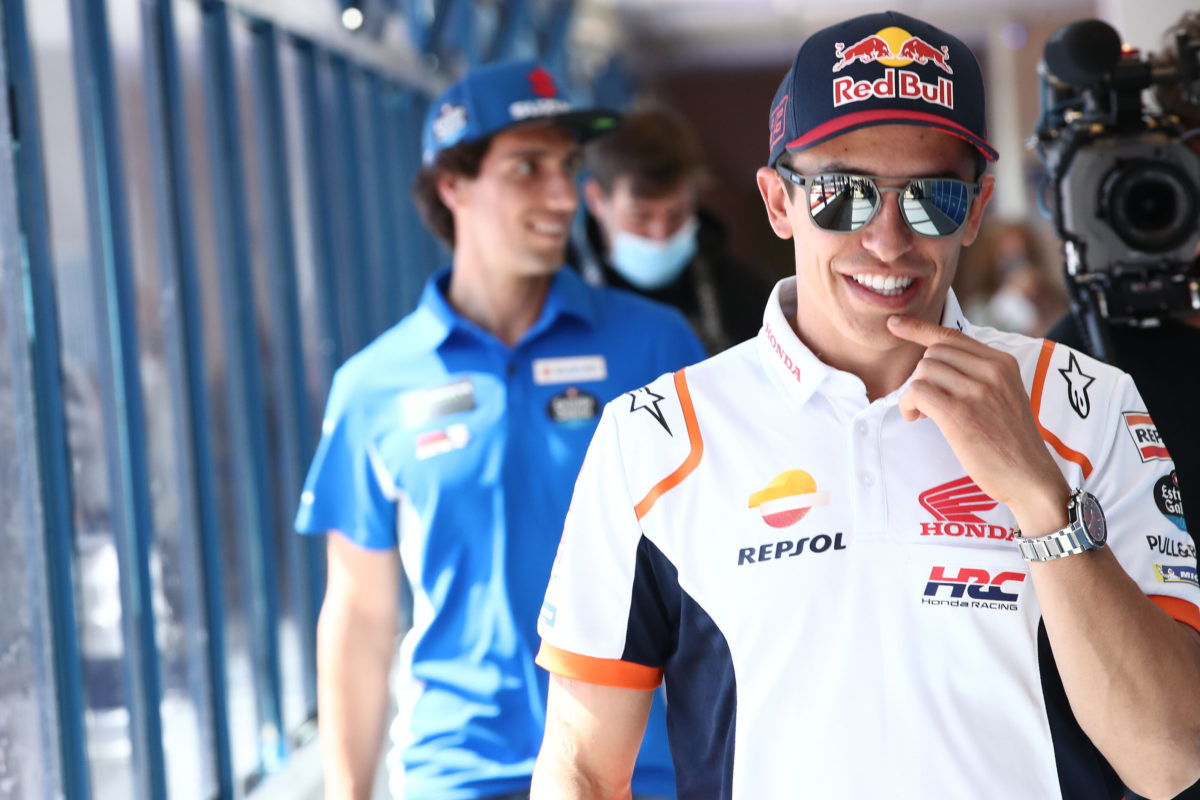 MotoGP champion Marc Marquez is set to begin physiotherapy on his right arm following a regular check-up, six weeks on from his latest operation.

Marquez last month underwent a humeral osteotomy in the United States in a bid to finally overcome the issues he has battled with since his ugly crash in the 2020 Spanish Grand Prix.

Dr Joaquin Sanchez Sotelo leads the medical team which performed the check-up in Madrid’s Ruber Internacional Hospital, and was pleased with what they observed.

The Repsol Honda rider will now be able to commence not only physiotherapy on the right arm, but also cardio training.

“In the medical check-up carried out on Marc Marquez, six weeks after surgery on his right humerus, a good clinical and radiological evolution has been confirmed that allows progress in the mobility and strength recovery program of the right arm,” said Dr Sanchez Sotelo.

“The patient will undergo a new review within the next six weeks.”

Marquez himself, who has now undergone four operations on the arm, declared, “We have taken an important step in the recovery process.

“In this second check-up, the doctors have confirmed that the humerus is consolidating correctly, with this we can start physiotherapy on the right arm and cardio training.

“I am very excited to be able to recover mobility in my arm to continue advancing the recovery process and I want to thank the entire medical team for their treatment and attention.”

The 29-year-old has missed five races and counting this season, his third which has been disrupted by injury.

A horrific Warm Up highside saw him withdrawn from March’s Indonesian Grand Prix and he missed the Argentina Grand Prix which followed due to a recurrence of double vision.

The latest episode of surgery was announced at the Italian Grand Prix, with Marquez sitting out the final three rounds before the ongoing summer break.

He was also sidelined virtually the entire 2020 season, the first two rounds of 2021, and also the latter two rounds of last year due to the training crash which left him with concussion and double vision.

Marquez is unlikely to return until late this year at best, with test rider Stefan Bradl currently filling the breach at the works Honda squad.