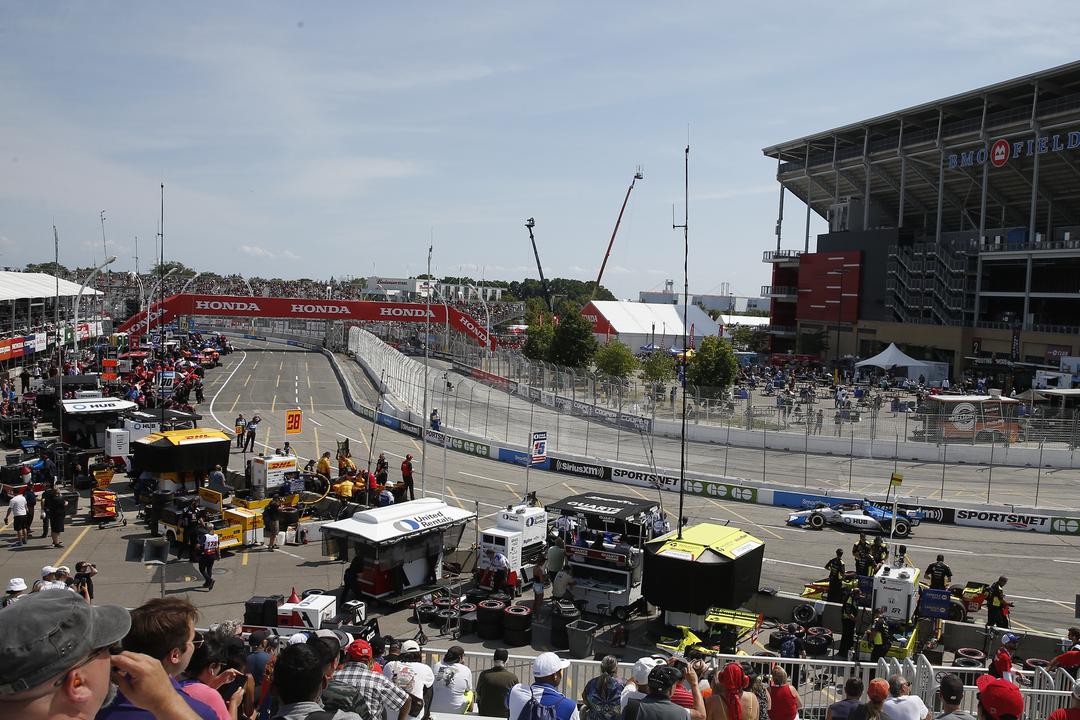 Exhibition Place’s winding pit lane is an even tighter squeeze this weekend, with 25 cars to fit in compared to the 22 that were entered in the last visit, in 2019.

While the boxes are 35 feet (10.7m) long, the same as the previous Toronto event and also the previous event of the current season at Mid-Ohio, the situation is far from ideal, and would have been even worse if not for AJ Foyt Racing shedding an entry due to sponsorship trouble.

Graham Rahal is perhaps most affected given, until the race, the pit wall behind his box has been left open in order to provide access for vehicles, meaning his timing stand is not visible from the seat of the #15 Rahal Letterman Lanigan Racing entry.

He did not mince words about the state of affairs. 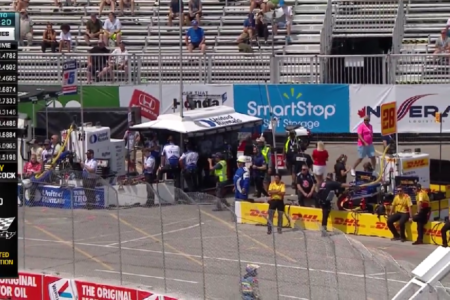 “I would just say – like, the growth trajectory of the series for next year too – I hope that they’re getting ahead of it now,” said Rahal, who was third-fastest in Practice 1. 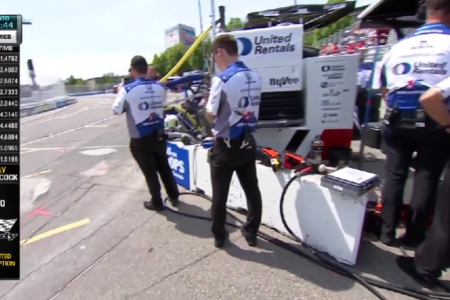 “Because, this isn’t acceptable, really. It’s okay [for now], we’ll get through, but it’s pretty dangerous with the guys and the pit stops and things like that.

“So, I hope for next year, there’s a bit of a rethink about the way that we do this.”

Practice 1 fast man Alexander Rossi (Andretti Autosport) was more diplomatic, but remarked, “Logistically, it’s very, very challenging at places and this is certainly one of them.

Team Penske’s Josef Newgarden said, “There’s going to be some solution that has to be found, and I’m sure they will.”

As it happens, IndyCar President Jay Frye told media on the eve of opening practice that planning work is already underway regarding a rejig of the pits which would create more space next year.

The idea is thought to be to push the lane further into the car park which the track snakes through in a complex comprised of Turns 9, 10, and 11, a change which could allow close to 30 cars to enter the event.

It was only back in 2016 that the lane switched sides, and the layout of the track proper was modified again, due to a hotel development.

Rahal was also blunt about which layout was better, and mused as to why the pits could not revert to the infield.

“I think the track was significantly more fun than the other way; not even close,” he declared.

“I’m not going to sugarcoat it; I wish we could go back tomorrow and run the old track.

“I understand there are challenges there, but the construction of the hotel has come to a close. I get there’s a little park, I think, or there’s some more grass that come into play over there, but I hope for the health of this race – which clearly has a massive draw in town, and nationally – I hope that we can do the things necessary to get back to that.

“I don’t know what all’s going on inside the track, but when the transporters were there and everything, I don’t know, it just seemed a little more alive for us, and the track was much more enjoyable to drive.

Newgarden agreed, stating, “If there’s a way to move it back closer to what we’ve had, I think everybody would want that.

“Obviously, the promoter had their hands tied, and this is not a knock on what anybody did; they had to do what they had to do to keep the event alive, so we shifted.

“But, the old layout was much better, so if there’s a way that we can move it back to the other side, I think it’s definitely preferred.”

Practice 2 and Qualifying at Toronto take place tomorrow morning at 00:00 and 04:00 AEST, with both sessions live and ad-free on Stan Sport.