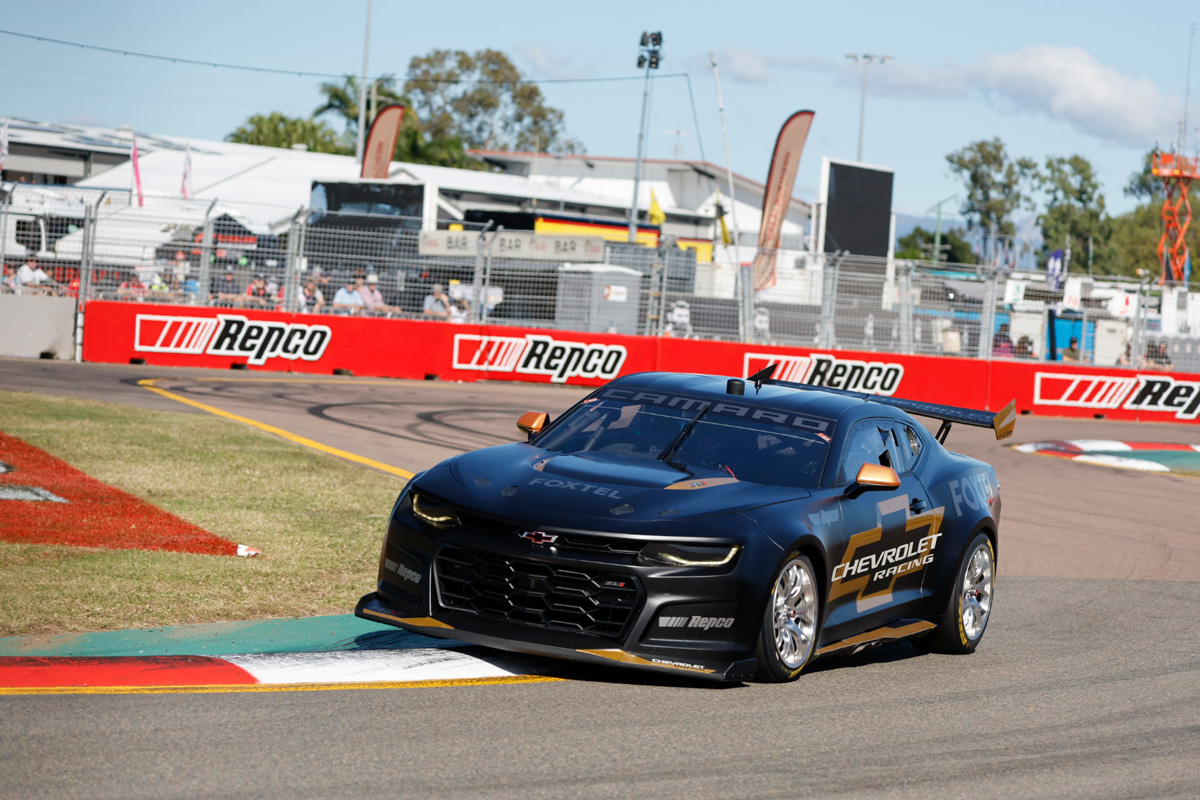 As a veteran who has tackled the Bathurst 1000 in 10 different models of Supercars, Luke Youlden is as well placed as anyone to get a read on the championship’s highly anticipated Gen3 prototypes.

The 44-year-old made his debut in the Mount Panorama classic in 2000 aboard a Holden VT Commodore, partnering Singaporean Christian Murchison.

Just as he did at Albert Park in April, Youlden was tasked with cutting demonstration laps in the Gen3 Chevrolet Camaro at the NTI Townsville 500 ahead of its 2023 competitive debut.

A primary focus, given the nature of the Reid Park Street Circuit versus where the prototypes had previously been run, was on how they rode kerbs.

“That was quite a big focus, was trying to smash it over the kerbs and get some reliability markers on it,” Youlden told Speedcafe.com.

“It’s similar. I don’t think it perhaps rides the kerbs as well as the current car, but again they have just got a generic set-up in it, so I’m assuming once the teams get a hold of it [that will be better].

“It feels to me like they have done a great job. It feels like a Supercar and I think the fans will enjoy it. It won’t be quite as fast but it’s not going to be that much slower.”

Youlden currently races in Porsche Paynter Dixon Carrera Cup Australia and while he said the Gen3 car feels similar to its Supercar predecessor, its braking behaviour is not unlike that of a 911 GT3 Cup machine.

“It’s essentially the same sort of feeling as a Supercar; like, you know it’s a Supercar when you get in it,” he explained.

“It brakes a little bit different to the current car, you don’t get the same sensation with the pitch, so I actually feel quite comfortable in it because it feels like a Porsche. You don’t really get the sensation of the braking and the pitch, you just know it’s stopping.

“It’s probably at the moment rear grip limited, that’s for sure, and I’m sure that’s what the fans want, especially at a place like [Townsville] where there’s not many actual straights – the straights are curves, so it does really battle to put its power down.

“And I think that’s what they’re trying to achieve, isn’t it? Less downforce, lighter car.

“It does have less power but it doesn’t feel like it, it feels like it’s actually got more power. But essentially I think it is a good thing. 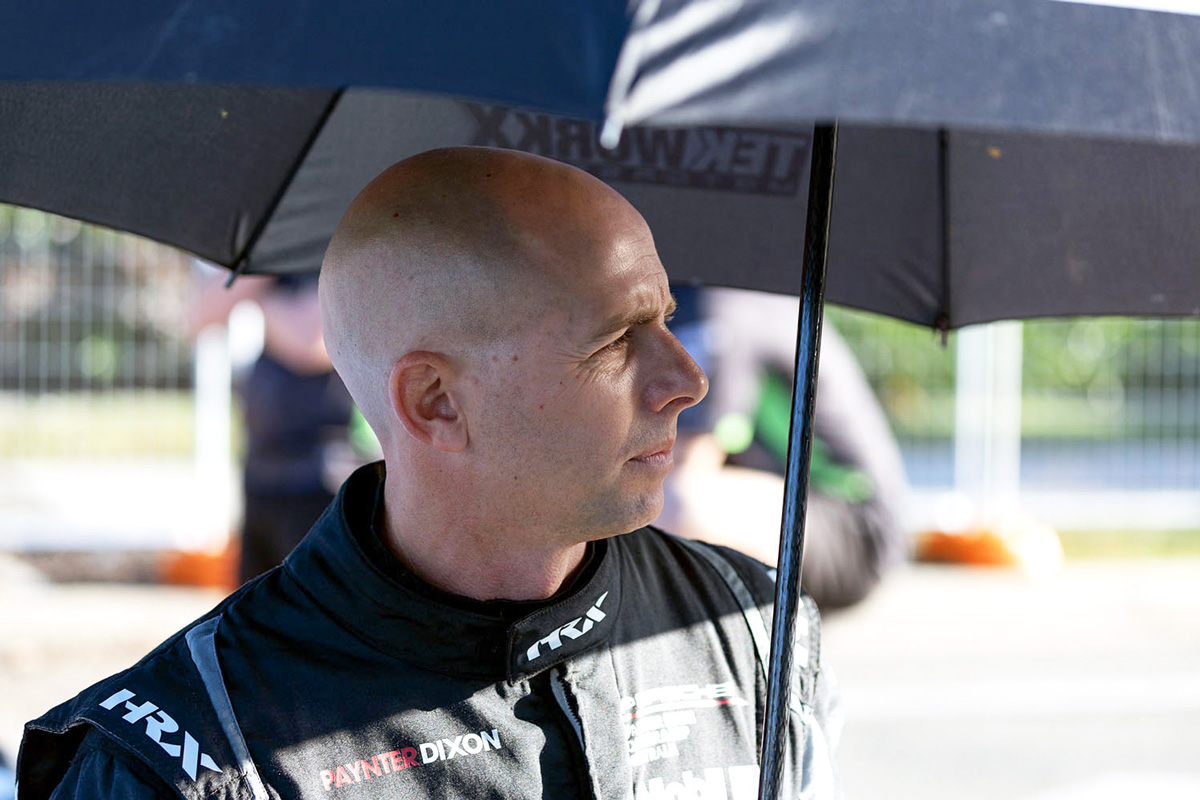 “As a tall driver, it’s got an adjustable pedal box like a GT car which I’m extremely excited about – I wish we had that 20 years ago, it would have saved me a lot of numb legs.

“It’s going to be, from a drivers’ point of view, challenging in the [driver change] pit stops because the space, obviously the roof height is a lot lower, trying to squeeze in.

“There’s going to be a few big days in the workshop prior to Bathurst. But I’m excited about it, it’s good.”

Both Youlden and Zane Goddard, who was aboard the all-new Ford Mustang, predicted that wet-weather racing will be a challenge given the car’s characteristics.

“It’s definitely going to test drivers’ skill, that’s for sure. You need to have a very good right foot,” said Youlden.

“I’m not sure if it’s going to stay this way, but you can change the throttle maps in them, so it’s something we have been mucking around a little bit with, so you’ll be able to slow and speed up the throttle.

“So I’m guessing that’s something that the driver will have to be quite proactive on.”