Pye: Hard to pick myself up after incidents

Pye: Hard to pick myself up after incidents 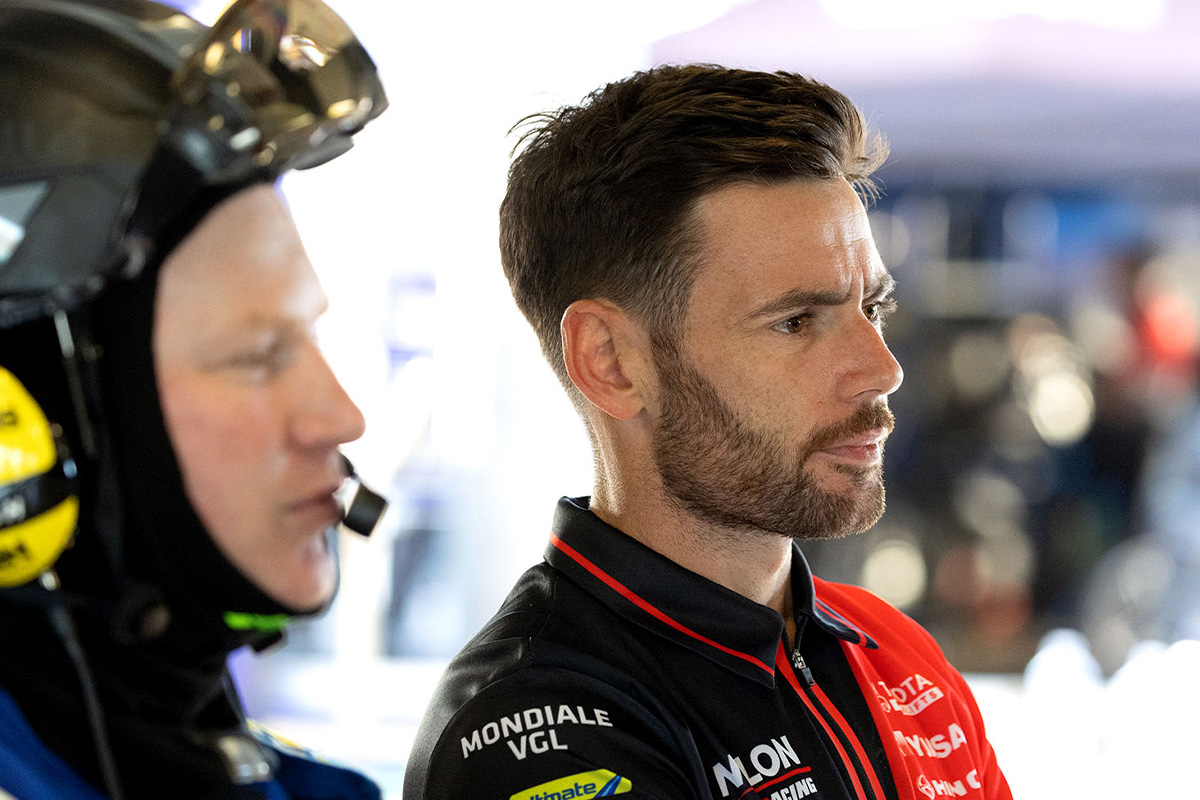 Scott Pye feels it’s hard to keep picking himself up after another potential top-five result went unrewarded at the NTI Townsville 500.

Having finished fifth in Race 19 from 10th on the grid, the Nulon Racing ZB Commodore carried its speed over to Sunday.

Pye qualified in the top 10 for a second consecutive day and made a rapid start in Race 20, but it was all over too soon.

The Team 18 driver was challenging for third when he clattered doors with Will Davison exiting Turn 3, firing Pye into the wall and ending his day.

It compounds a torrid opening seven rounds of the season for the 32-year-old, who has now been wiped clean out of three races, with Townsville adding to Perth and Darwin incidents.

Repeatedly knocked to the canvas this year, Pye said the tough days are stacking up on him.

“It’s hard to keep picking yourself up after these hard events,” Pye told Speedcafe.com.

“I’m trying the best I can, I don’t mean for anything like that to happen, especially for the team.

“Trying to just maximise the car we have; that [was] the first session [over the] weekend we [didn’t] finish in the top 10.

“Start was great and we were making a pass for third. “There’s plenty of positives but I find that’s a hard one to feel anything positive about.

“It’s difficult to keep picking myself back up.”

What was just as bitter for Pye was not being able to stitch a full race weekend of top 10 results together.

“In the race pace [top five was possible],” he added.

“I knew our car speed was as good as the front-runners over a race pace.

“It doesn’t matter now, but we had the pace to be on the podium and that’s what everyone should be happy about and proud of for the crew.

“For me, I’m just disappointed I didn’t deliver and put the car in the wall.”

While the Race 20 result doesn’t show much, Pye believes Team 18 is trending in a healthy direction.

“A number of things [are working],” he said when asked what is working so well within the squad.

“Charlie has implemented some great people into the team, he’s put in new crew chief, new team manager; the crew as well are working in unison, our pit stops have improved massively.

“It’s a number of things that are really working for us; unfortunately no points on my side of the garage.

“This weekend is tough but certainly it could have been a great result.”

Supercars heads to The Bend Motorsport Park next for the OTR SuperSprint from July 29-31.