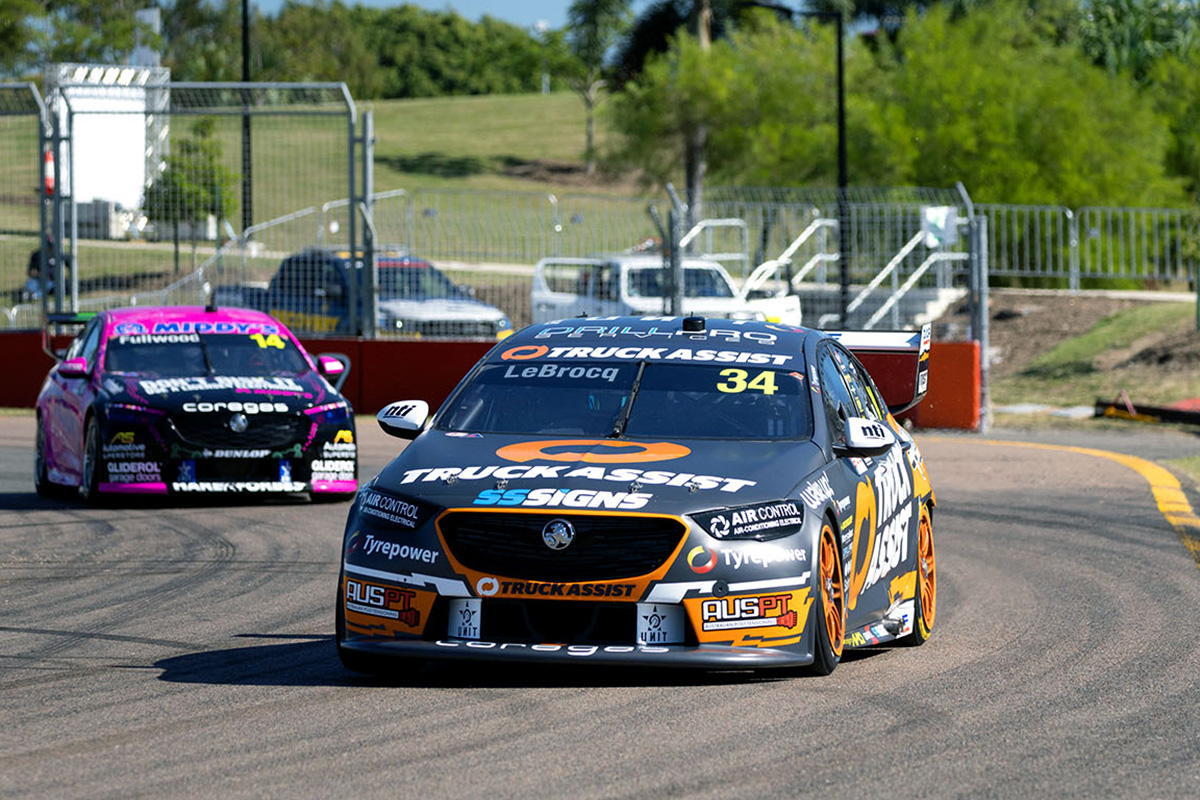 Jack Le Brocq is still wrapping his head around what unlocks his spurts of good car speed this Supercars season.

The Matt Stone Racing driver had two appearances in the pair of Top 10 Shootouts at the NTI Townsville 500.

Le Brocq qualified sixth on Saturday and seventh on Sunday, but did not have the race pace to hold on to a top 10 result.

He slid to 10th in Race 19 and 14th in Race 20, as has been the form much of this year, aside from a season-best sixth in the second Darwin encounter.

For Le Brocq, it demonstrates where he and the crew need to be focussing their efforts.

“We just need to, for myself, work on the race car package and [the] feel for me; still not a hundred percent happy with the race car,” he told Speedcafe.com.

“It’s all part of the process getting into a new car, every car is different up and down pit lane so just trying to understand how these cars are put together and how they go about setting them up.

“Plenty to learn still and probably one of those things by the time we get to the last round I might have half an idea of what’s going on — then we go to Gen3.”

Le Brocq has had his fair share of ups and downs, most notably a double DNF in Tasmania.

However, his form has trended in the right direction of late, if the spurts of speed in Darwin and Townsville are anything to go by.

The 30-year-old believes the soft tyre could play into MSR’s favour at The Bend Motorsport Park and continue the momentum.

“Hopefully we can just keep sharpening up,” Le Brocq added.

“We need to build consistency and that’s hopefully where we can keep backing that up, that’s what it’s all about.

“That’s what the guys at the front of the championship do week in, week out; for myself that’s the goal.

“The team are working pretty hard to try and make that a reality.

“We’ll do our homework for Tailem Bend, it’s a place I like, we’ve had some pretty good results there and some good runs.