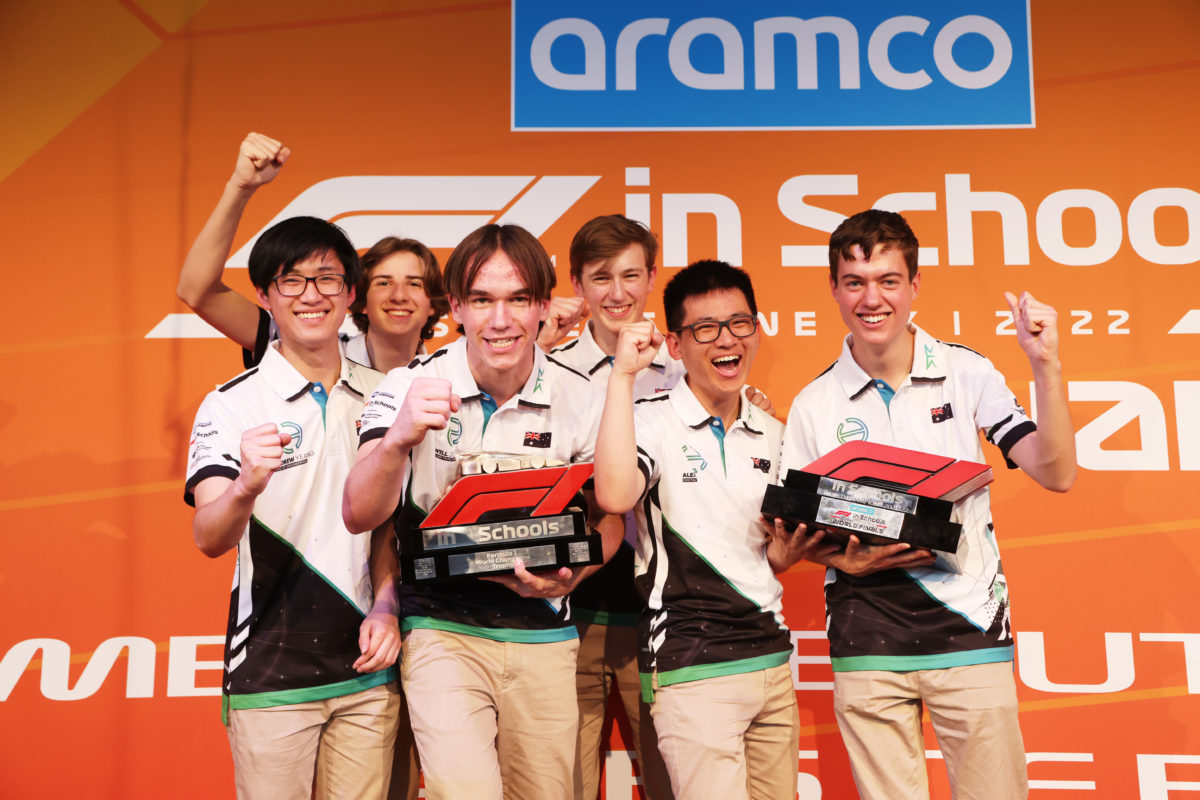 A team of six 17-year-old students from Australia lifted the F1 in Schools World Champions trophy at Silverstone this week.

The team were nominated for three other awards: Scrutineering Award, Best Pit Display, and Best Application of Project Management.

The Australian team were the second in recent years to claim the title, with Horizon, a team of students from Brighton Secondary School, Adelaide, earning the F1 in Schools World Championship in 2018.

“When we set out it was our dream to come to the World Finals and here we are now, it’s crazy to think how far we’ve come,” Johnson said.

“We can’t believe we’ve done it, it’s not one person, it’s a real team effort.

“It’s the teamwork, the relationship between us and our shared ambitions, all going for one thing that makes it so special.

“Our engineers did a fantastic job of designing our cars, hours and hours of work, thousands, doing the CAD modelling, but it’s the gelling of the team and working together that made our car the best too.

“Some of us are keen to look at the opportunity of the scholarship which is great too.

“We’ve put in so much work, late nights, staying back at school, getting through to the end was a big challenge, but it’s paid off for us.

“We’re just over the moon.”

The F1 in Schools competition provides an opportunity for teams of students to research, design, test, manufacture and race a miniature Formula 1 car, using some of the advanced technology applied within real F1 teams.

Blackout from Wales took the runners up spot in the competition, with SBA Avidity from the UK completing the podium and winning Best Application of Project Management Award.