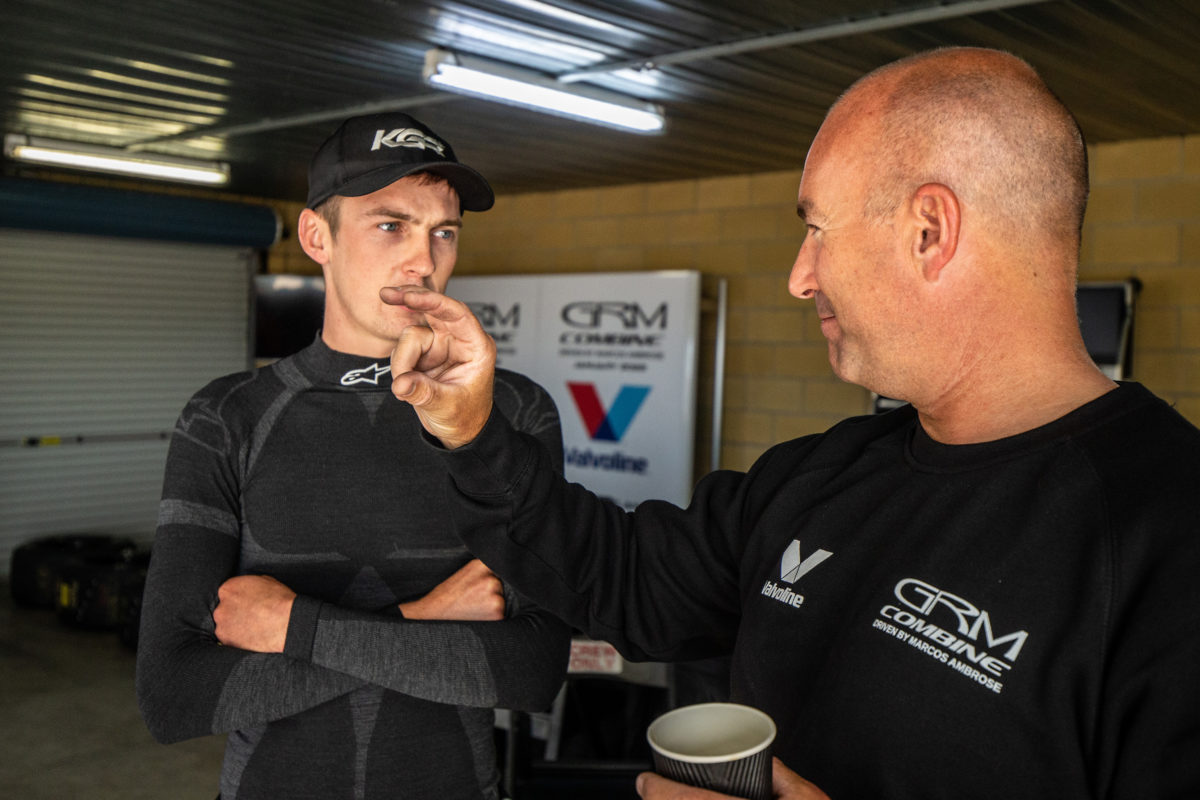 A driver evaluation programme headed by Marcos Ambrose is set to return early next year.

Valvoline GRM Combine – Driven by Marcos Ambrose will be held in Tasmania from January 15-20, 2023.

Each participant will have the opportunity to test GRM’s TCR, Trans Am and S5000 entries at Tasmania’s Symmons Plains and Baskerville circuits.

The Competition Director at GRM, Ambrose, will mentor the successful applicants alongside GRM drivers James Moffat, James Golding, Dylan O’Keeffe and Nathan Herne, while Garry and Barry Rogers will keep a watchful eye on proceedings.

The two-time Supercars Champion gained inspiration for the initiative during his NASCAR career, after he saw drivers benefit from similar programs.

He is keen to replicate the success of the inaugural event.

“The first Combine proved a ripping success for both GRM and the Combine participants,” Ambrose said.

“In our first GRM Combine drivers tested the GRM prepared S5000, TCR and Trans Am cars in a focused and condensed four-day format.

“The goal of the first GRM Combine was to provide an opportunity for participants to drive three very different types of high performance cars run by GRM and see how they stood up speed and ability wise compared to our in-house professional drivers.”

Since taking part in the first GRM Combine, Kody Garland has found himself behind the wheel of a GRM Renault Megane R.S. TCR car in the Supercheap Auto TCR Australia Series.

Ambrose heaped praise on the youngster, who advanced his motorsport career, off the back of the programme.

“Kody Garland is probably the highlight from the first combine, now racing for GRM in the TCR Australia series for Valvoline,” added Ambrose.

“We’re expecting big things from Kody once he gets through learning the TCR cars and tracks during 2022.

“Kody’s graduation to TCR demonstrates the power of the combine and I’m really happy that GRM has decided to do another one.”

While the programme is capable of generating success stories, Ambrose said it is a uniquely different driver development experience.

“It is not a driving school or a talent search, it is an event where drivers who are on the path to race in the upper levels of Australian motorsport can evaluate their own performance and abilities in a professional environment,” he enthused.

“The combine is designed to give the drivers a reference point to see where they are at in their own racing progression and showcase their skills to GRM and other industry leaders.”

For more information, send an e-mail to c[email protected]