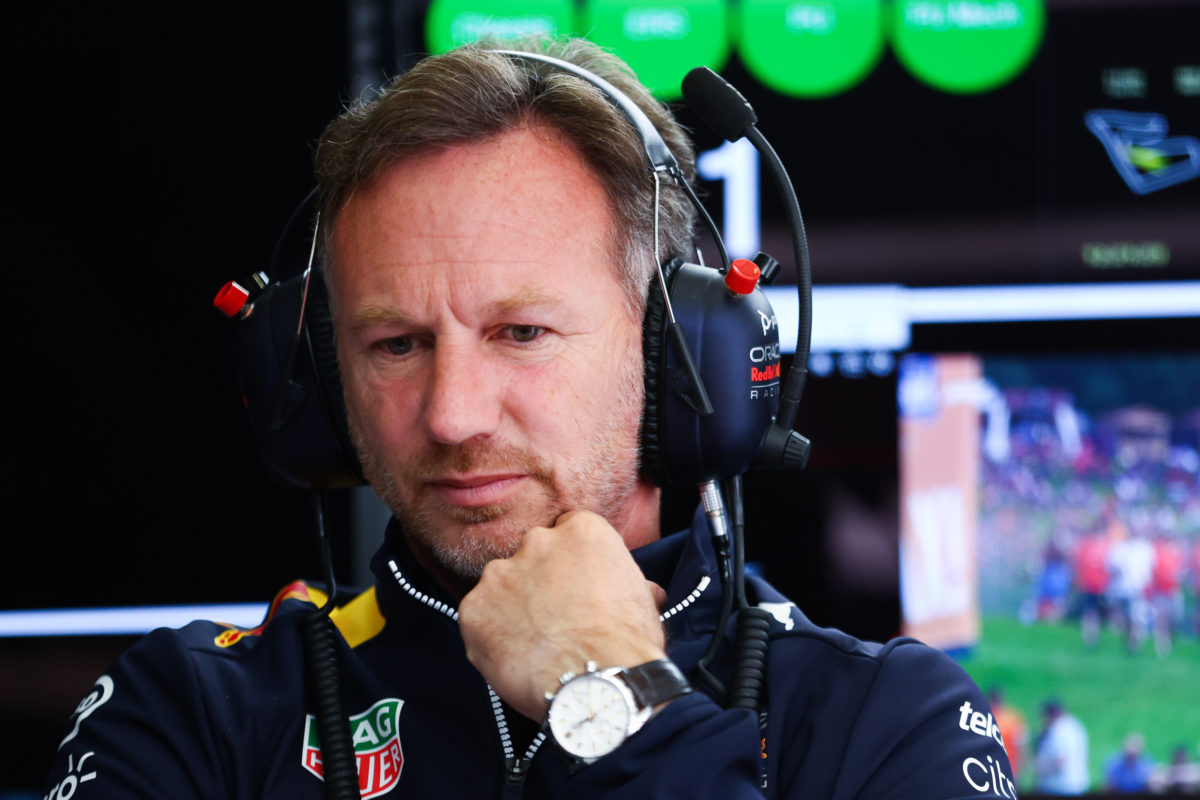 Red Bull boss Christian Horner has no concerns over the legality of the floor on the RB18 ahead of a technical directive coming into force in Formula 1 next month.

Max Verstappen heads the drivers’ championship while his team sits atop the constructors’ standings.

Red Bull and Ferrari have been the standout performers throughout the 2022 Formula 1 season, leading some to suggest both were exploiting a loophole within the regulations.

Specially, that the underfloor of the RB18 and F1-75 flex at points outside of those currently measured by the FIA, allowing the cars to be run lower to the ground and therefore produce more grip.

It’s a point which came to light as the FIA worked to introduce a technical directive, it claims for safety reasons, to address porpoising.

Over the Austrian Grand Prix, a meeting of the Formula 1 Commission saw that delayed until the Belgian Grand Prix, after the summer break, to allow teams an opportunity to make any changes that may be necessary.

“The technical directive is obviously focused on the bouncing, and the porpoising, which only certain cars have struggled with,” Horner told Sky Sports.

“I think it’s due for discussion in the technical working group, which is the correct forum, because as we saw at Silverstone, no cars were really affected by it.

Horner went on to outright reject accusations that his team was bending the rules with its interpretation when it came to flexible floors.

“Total rubbish,” he said when it was suggested that a flexible floor allowed the team to avoid the porpoising experienced by others.

“I think we’re getting issues mixed up.

“Maybe he’s referring to cars that are around him at the moment,” he added with regards to an implication from Mercedes Toto Wolff that Red Bull was exploiting the loophole.

“I’ve no idea, but absolutely no issues or concerns on our floor.”

Formula 1 returns with the French Grand Prix on July 22-24 from Paul Ricard.