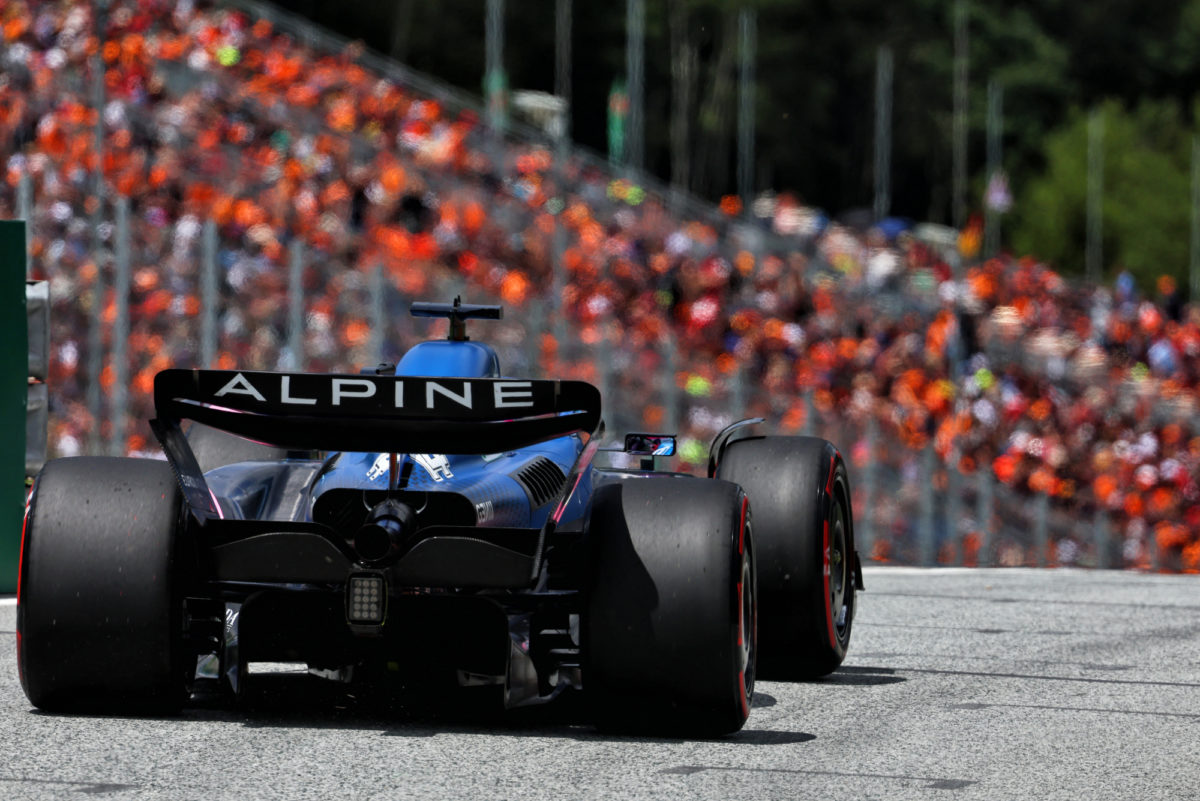 Formula 1 teams are beginning to come to terms with how and when they begin switching their focus from this year’s car to the 2023 model.

New rules introduced this season have brought with them radially different looking designs from those of 2021, with greater emphasis on underfloor aerodynamics.

The significance of the change is that it has, in turn, created something of a knowledge race as teams work to understand the aerodynamic principles they’re now trying to exploit, and identify development paths to apply those learnings to their car.

Complicating that is the sport’s financial rules, which prohibit teams from simply spending their way around the problem by throwing ever more resources at it.

Instead all squads face a difficult balancing act of deciding when to begin switching focus to next year, even if they’re yet to get a firm grip on the nuances of this year’s car.

“That’s a good question,” Alpine’s Otmar Szafnauer said when asked when his team will switch focus.

“[I was] just asked our technical team the same.

“We’re in a battle for, hopefully, fourth,” he added.

“So we’re going to keep developing until we’re comfortable, but at the same time we can’t do it at the ultimate expense of next year.

“It’s about this time that we’re going to be switching over to ’23.”

Following the Austrian Grand Prix, Alpine is tied for fourth with McLaren, though officially sits fifth owing to Lando Norris’ podium in Imola leaving the papaya squad ahead on a countback.

The risk teams face should they switch their focus too early is that they won’t have a full understanding of their current cars, and could therefore engineer in faults to the new design.

They could also slip down the pecking order this year, which results in a reduced prize money pay out.

Conversely, there’s a possibility that continuing development this year will make strong inroads as low hanging fruit remains under the 2022 rules, which can then be carried forward to 2023.

“The constraints of budget cap dictate largely what you can do this year, but of course, with stable regulations, whatever you’re learning this year is pertinent and relevant to next year,” noted Red Bull team boss Christian Horner.

“Last year, for example, was way more complex, where you’ve got a totally clean sheet of paper with not a single carryover component on the car.

“I think next year, you might see a more transitional effect.”

Scuderia AlphaTauri boss Franz Tost explained that, switching focus to 2023 was no as simple as flicking a switch and turning attentions to the new car.

“It’s not switching a switch, it’s not going from black to white, it’s a continuous takeover from this car to next year’s car,” he said.

“For us at least, I think we still have to learn from this year’s cars to next year’s cars.

“If we can do that – we have to do that – and I think it’s a continuous switch from this year to next year.”

Valtteri Bottas has previously admitted he has already seen Alfa Romeo Sauber’s 2023 car as a wind tunnel model, suggesting the Swiss squad is some way down the path on next year’s project already.

Formula 1 heads next to the French Grand Prix, on July 22-24, before venturing to Hungary a week later for the final race prior to the mandatory summer break.

Racing will resume with the Belgian Grand Prix in late August, kicking off a busy three months in which the sport will take in nine races.

As previously reported, the 2023 season is expected to start in Bahrain in early March, following pre-season testing at the venue as has become the norm in recent seasons.