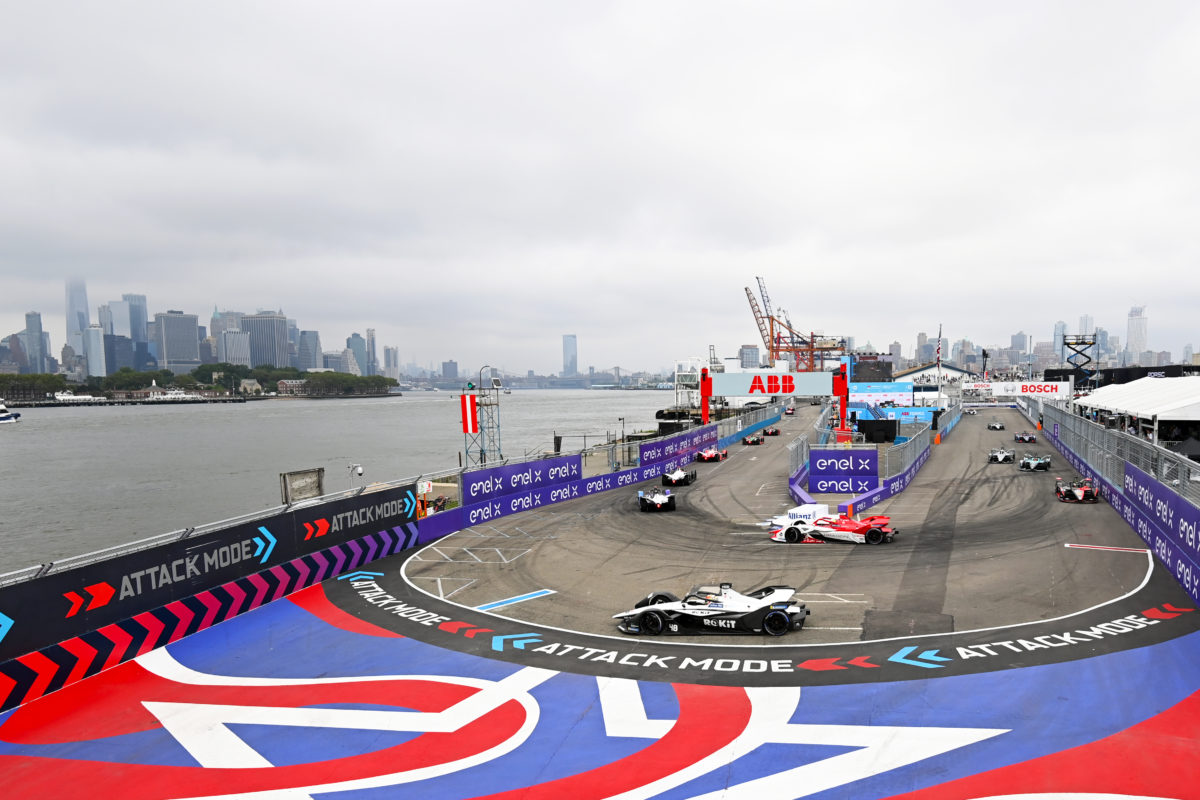 The Formula E World Championship returns to the streets of New York City this weekend for a double-header.

A 22-car-grid will take to the Red Hook, Brooklyn street circuit for two races, with the iconic Manhattan skyline as backdrop.

The layout of the 2.32km, 14-turn circuit has remained unchanged, with the Attack Mode activation zone moved from the exit of Turn 5 to the outside of Turn 10 this year.

Drivers will take to the track for Practice 1 on Friday, Practice 2, Qualifying, and Round 11 Race on Saturday, as well as Practice 3, Qualifying and the Round 12 Race on Sunday.

Avalanche Andretti driver, Oliver Askew, is set to make his home race debut at the meeting.

The championship’s first American driver is excited to race in front of local fans.

“Racing in New York City in my first season in the ABB FIA Formula E World Championship is going to be a personal highlight,” Askew said.

“The racing in Formula E is intense and the wheel-to-wheel racing makes it one of the most exciting motorsport series out there.

“Formula E is an incredible, unique experience for fans too, and I can’t wait to be part of what will be an unforgettable double-header race weekend in Brooklyn.”

Victory for Mortara in the previous E-Prix in Marrakesh sent him to the top of the standings, with fellow title contenders Evans and Vergne, finishing third and fourth respectively.