Anton De Pasquale reflects on an entertaining trip to north Queensland for the recent NTI Townsville 500, in his latest The Distiller column, exclusive to Speedcafe.com.

It was a slow start, but our Townsville 500 ended up being pretty rewarding.

Obviously it was nice to get up to the warmth of North Queensland during the heart of winter, but we really struggled on our side of the Shell V-Power Racing Team garage to get going on the hard compound tyre through the first couple of days.

It probably had a different balance to what I expected and it’s definitely a less grippier tyre than the soft, so you slide around a lot more especially at a track like Townsville.

We were pretty good for our race stints on the super soft but still had to make big changes on Saturday night after a fairly subdued run to sixth, because we just weren’t fast enough on the hard.

The guys did an awesome job to get us much more competitive for Sunday and we were able to fight for the big trophy.

There’s been lots said about how the race finished up, with the contact with Shane [van Gisbergen] and then the whole redress situation, but there’s no regrets from my end.

I think it sort of worked itself out as it was meant to.

It would have been good to be a little bit closer with a couple of laps to go rather than one corner to go, so that’s probably the only regret, but I couldn’t really change that.

My car was awesome that last five laps or so and Shane was starting to hit a wall, so another lap or two and I think he would have been in a fair bit of trouble.

His left rear looked like it wasn’t in the best of shape, so it would have been interesting to see if the race went a little bit longer, but he is quite smart so I’m sure he was pacing to that last lap anyway. 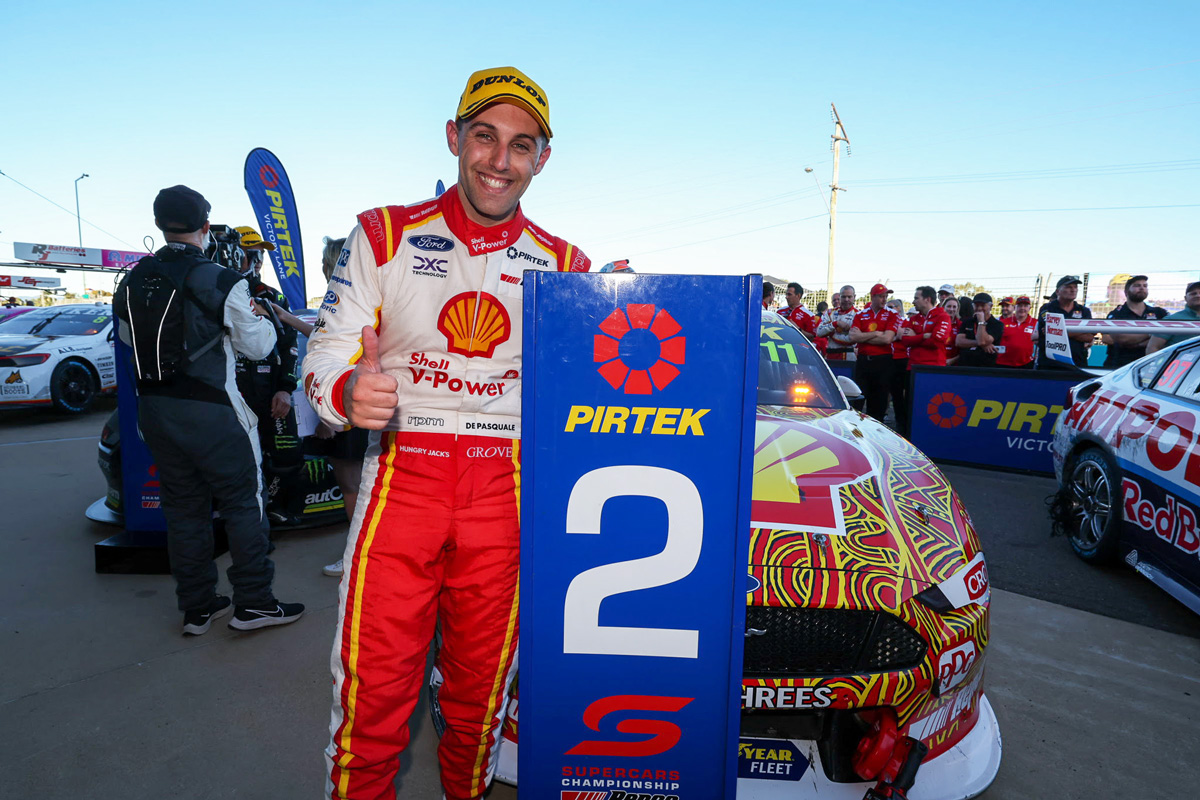 It’s encouraging to see how far we’ve come, given that the two Triple Eight cars were miles down the road in the 250km Townsville races last year.

And the way we made it work with my usual engineer Ludo [Lacroix] over in France just shows the depth in our team.

We still were able to call on Ludo for his opinion but Rowdy [Mark Fenning] is a good operator and has done that role countless times, so we got on pretty well and it all ran smoothly.

It would have been interesting to see the races run exclusively on the super softs, so maybe that’s something that could be looked at for next year given that pretty much everyone ran the same strategy between the hard/super soft.

With the super soft being so much faster, it’s just too risky to put it on too early. Obviously it didn’t happen on the weekend but there’s a high chance of Safety Cars at street tracks, so putting the super soft on early and you get a Safety Car 30 laps from the end, you’re pretty well summonsed to last.

So most people went down that path, which is the logical thing to do. 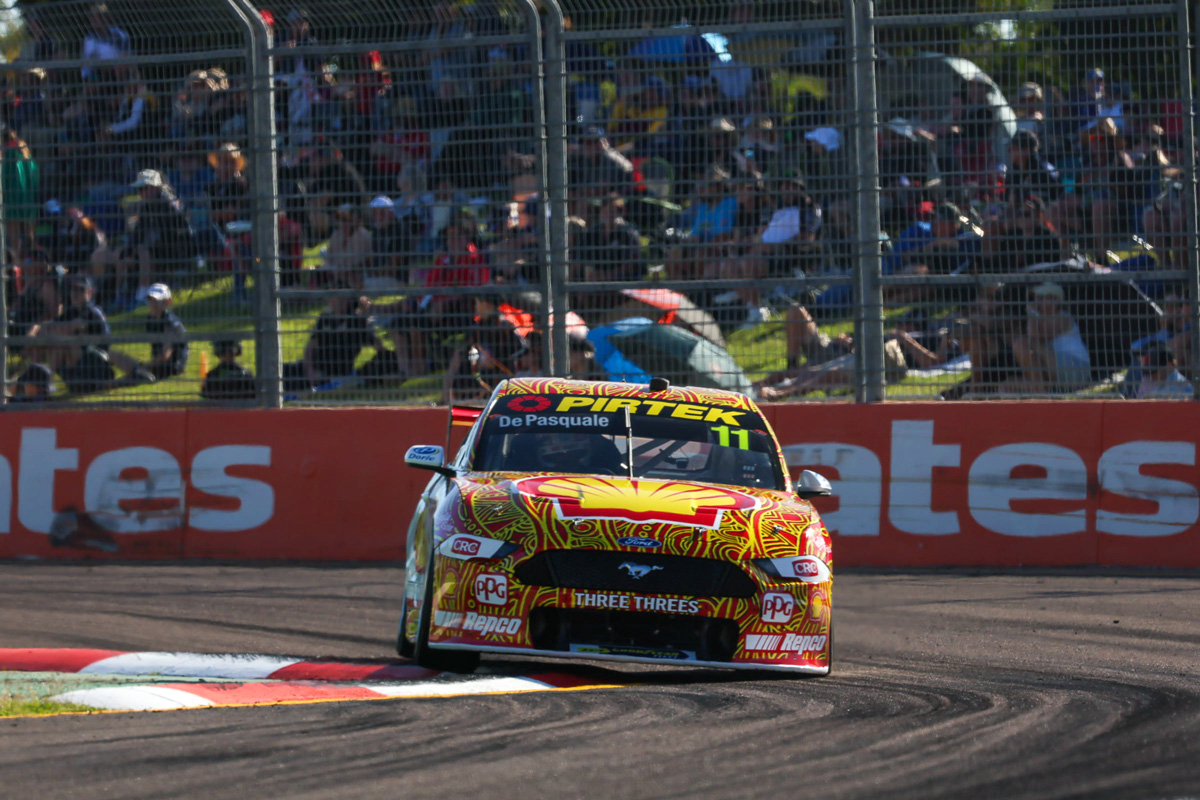 On the super soft, obviously we saw some cars hang on and some deg, but a long stint on those is pretty difficult; when they hit the cliff, they hit it pretty quickly. So maybe that could have been a cool race, I’m not really too sure.

Everyone is pretty smart up and down pit lane, so when it comes to strategy and stuff, you see most people generally go for the same thing other than a few outliers. Everyone has seen enough races now to know what to do.

We’re still second in the championship and we’re off to The Bend later this month, which is where I got my first win for the Shell V-Power Racing Team last year (although we then lunched a motor in the next race).

Obviously a lot changes as normal, so we’ll go there like any other track, prepare our best and hopefully have a good one.

We generally have a pretty good idea from the last time we were there, and that sort of style of track generally suits our cars, but there are a fair few guys who will be knocking on the door and who are fast there every year so I assume it is going to be tightly fought as per normal.

Can’t wait to rip in. A big shoutout to all our loyal supporters, we couldn’t do it without you.