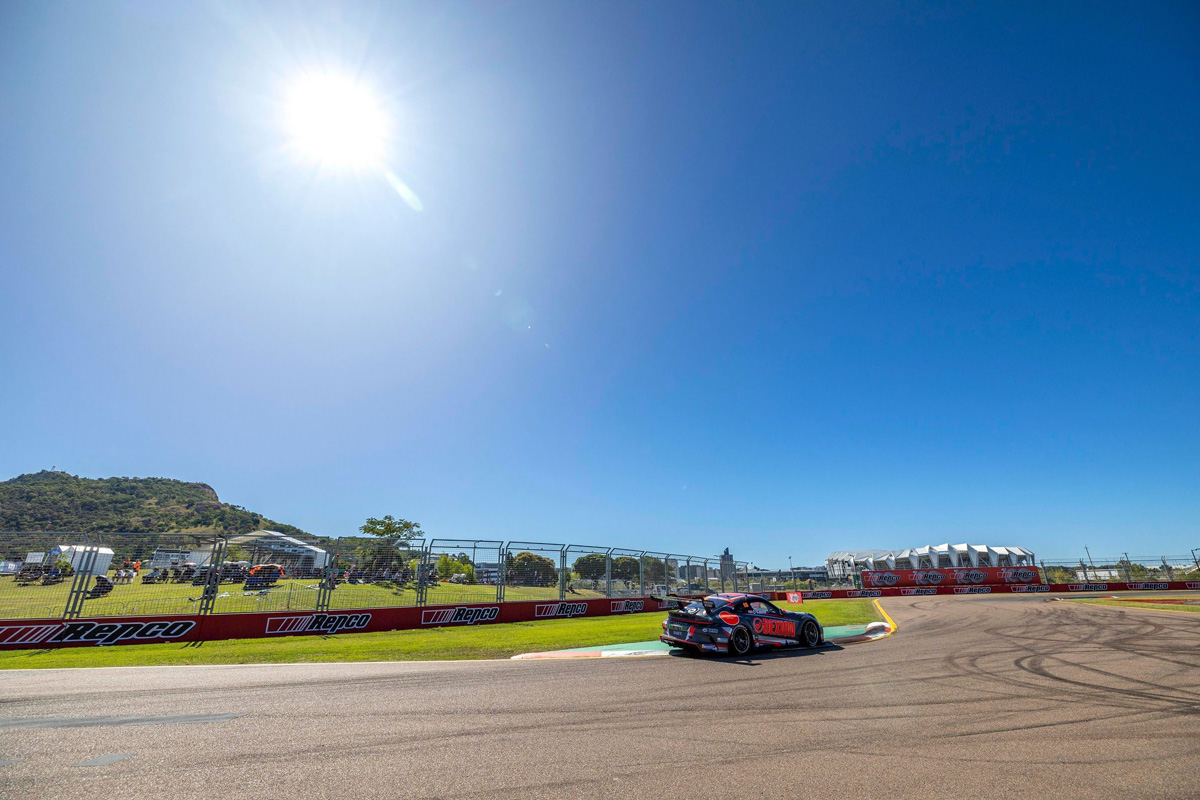 O’Keeffe was pinged with a 10-second penalty for causing a Lap 1, Turn 2 incident in Race 1 on Saturday.

O’Keeffe started well to clear pole-sitter Luke Youlden off the line and put pressure on Aaron Love for the lead.

Contact was made, spinning Love and resulting in a carpark as almost half the field got tangled up.

The blame was apportioned on O’Keeffe, who was demoted from fifth to 15th outright, despite Youlden having appeared to tap the back of the #88 Dexion/RAM Motorsport Porsche before it tagged Love.

That set the tone for a disappointing weekend, managing just 13th and ninth in the two Sunday encounters.

“I made a great start and moved up to second position,” recalled O’Keeffe.

“As we all braked for Turn 2, another competitor tapped me from behind, which pushed me into the rear bumper of the leader, who spun.

“The penalty was frustrating, given that I had received a bump from behind, but I had to cop it sweet.”

Of the remainder of his weekend, the two-time Bathurst 1000 starter added: “The Race 1 drama put us on the back foot for the rest of the weekend, which was frustrating considering we again had good speed in qualifying.

“Fortunately, we managed to finish all three races and at least banked some points from the round.

“I’m looking forward to the next round at Tailem Bend – our plan is to test before then, and learn some more about the new car.

“The Bend is a complex circuit, so we need to ensure we go there with as much knowledge as possible.”

O’Keeffe remains third in the standings at 137 points behind leader Harri Jones, whose advantage over David Wall now is at a reduced 39 points.