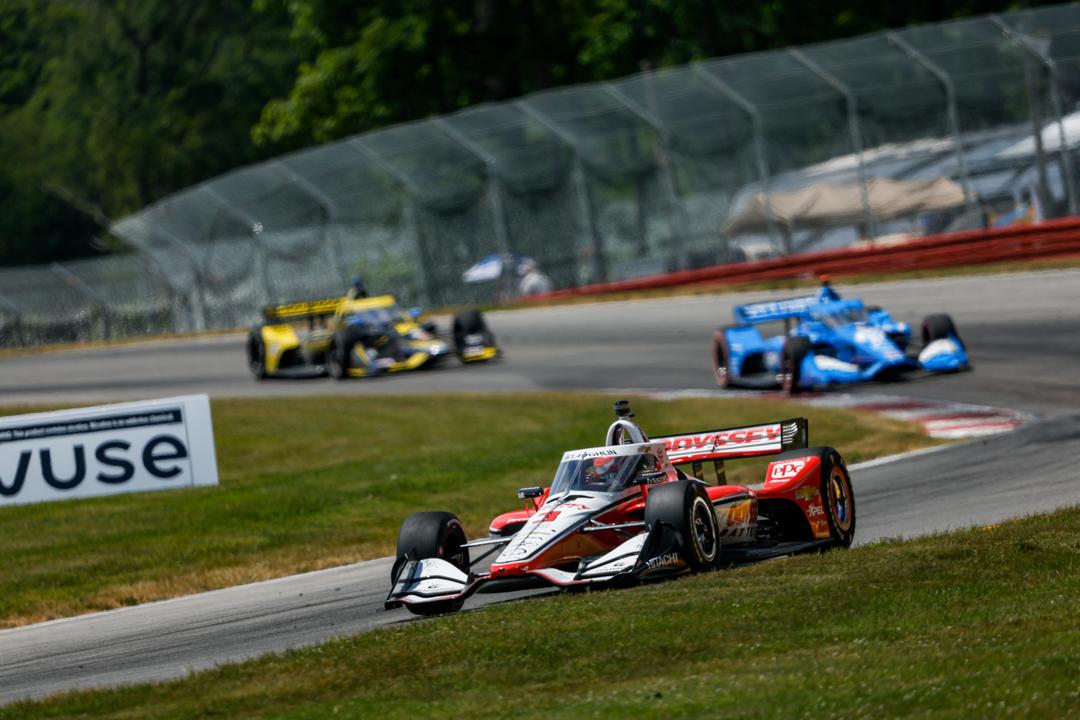 Scott McLaughlin feels he has improved his cold-tyre IndyCar driving after his victory last time out at Mid-Ohio.

On four occasions, the Team Penske driver had to negotiate restarts as the actual or effective race leader with Alex Palou right behind.

Despite the pressure, McLaughlin held position each time and kept himself ahead of the 2021 champion for the latter half of the race.

“It was nerve-racking, but at the same time I’ve been working for this,” remarked the former Supercars driver.

“I’ve been studying this, trying to get better and better on restarts.

“My cold tyre pace is a lot better than it used to be, [I] feel a lot more comfortable with the car and being able to maximise the car and cold out laps, cold restarts.

“It was difficult when Alex was on red tyres behind me, but thankfully held on there, and then we were able to build a gap similar to what we did on the black tyres.

“I feel really, really proud. We’re learning – I’m still building, still soaking everything up like a sponge – but really proud of where we’re at right now in my development.”

The first restart as leader was McLaughlin’s most difficult.

Then, he had only just completed his first pit stop, and hence had no residual warmth at all in the primary tyres that had just been fitted to his #3 Chevrolet.

Palou, on the other hand, had a handful of laps on new alternate tyres before the Caution, and ranged up on McLaughlin’s outside at Turn 4, but was kept at bay.

“I think when he was on red tyres and I was on basically fresh black tyres, had no temp in them, that was really difficult,” said the New Zealander.

“If anything, I was thankful for the second yellow that we got [before the restart lap was complete] when I was on the black tyre because actually I was able to almost build pressure a little bit there and then get a feel for what it was going to be like.

“Then it was just a matter of just putting it together [for] the next couple restarts, and like I said, learning from my mistakes.”

McLaughlin is up to seventh in the series with his second career IndyCar win, 69 points off top spot.

The season resumes in Toronto this weekend, with Stan Sport’s live and ad-free coverage kicking in on Sunday morning at 00:00 AEST with Practice 2.