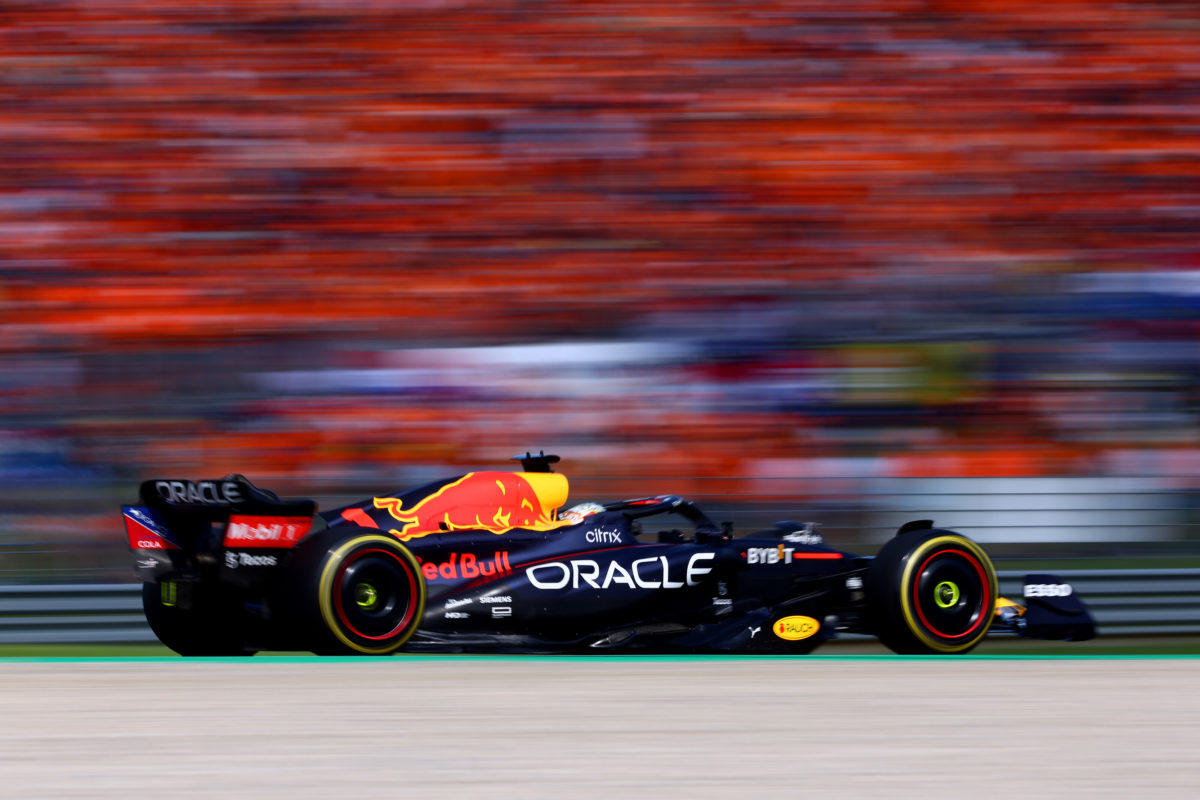 Charles Leclerc won the race in fine style, employing an offset strategy to that of Red Bull.

It required the Ferrari driver to twice pass Verstappen on track, his cause made easier later in the race by a significant tyre advantage.

Verstappen looked set to slip to third only for Carlos Sainz’s car to expire as he shaped up for a move.

In the closing laps, the Dutchman did close the gap to Leclerc, who was battling issues with his throttle pedal, though was never within range to mount a challenge.

“It was a bit more difficult than I expected it to be,” Verstappen said of the race.

“Basically, on any tyre, I was just struggling a lot of pace after a few laps, just a lot of deg, and something I cannot really explain right now why it was so high.

“I think normally we are quite okay on the tyres and I expected it to be tough,” he added.

“I didn’t expect it to be like this, so it’s just something we need to analyse and understand why this happened.

“But even on a bad day, end of the day to only lose five points over a whole weekend is, I think, still good.”

Verstappen also offered an explanation as to why he offered little in the way of defence when challenged by Leclerc late in the race.

Though they’d battled in the opening exchanges, following Leclerc’s second stop the Red Bull driver did little to prevent his rival from retaking the lead.

“I think it was just good racing,” Verstappen said, denying suggestions his lack of aggression was a signal that he’d already conceded the race win.

“You know, you try to defend, you try to attack the other person, depends where you are. I think it was just very good racing from all of us.

“Of course, sometimes you’re on different kinds of tyres, or age of tyres, but I think everything was good.

“This year, I think also this weekend, in terms of like the moving and stuff with breaking the tow has been a bit updated, but overall I think it was good. Good fighting.”

Now at the halfway point of the 2022 championship, Verstappen holds a 38-point advantage over Leclerc at the top of the drivers’ standings.

Red Bull meanwhile sits 56 points clear of Ferrari in the constructors’ title heading into the French Grand Prix, which runs from July 22-24.