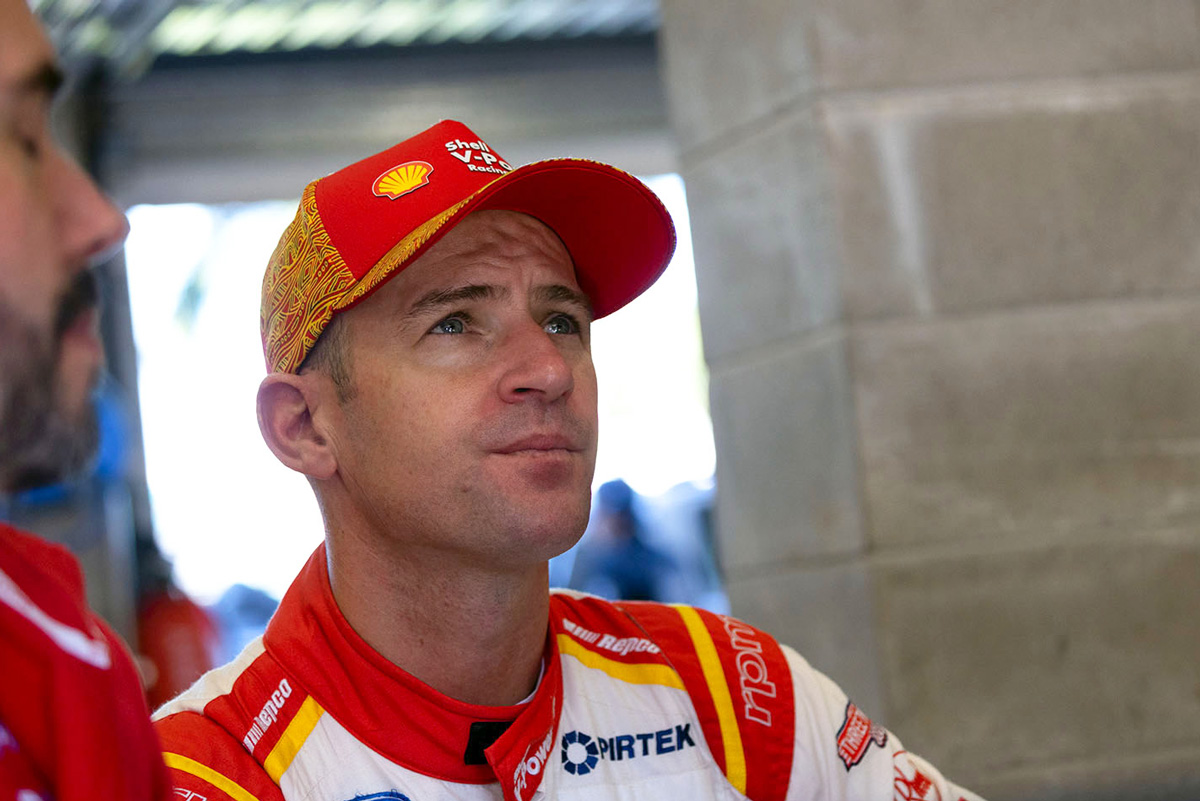 From being nose-first in the tyre barriers on Lap 1, seventh place would have felt beyond reach for Will Davison in Race 20 at Townsville.

However, the Shell V-Power Racing Team veteran salvaged the day with a remarkable fightback as his superb 2022 form continues.

Having gone close to winning the Saturday leg of the event, Davison started Race 20 from third following a one-place grid penalty before things went awry.

Left with no room on the exit of Turn 3, he collided with Scott Pye, the latter being taken out of the race, while damage to the #17 Mustang sent it spearing off the track two corners later.

Davison limped back to the pits with tyre and steering damage, but managed to remain on the lead lap by virtue of the Safety Car’s presence.

But the final two stints to the flag, on fresher rubber, proved far more fruitful, as Davison picked his way through to seventh.

“I was sitting in the fence there with substantial damage, hoping it was just a damaged tyre and wheel but not knowing how much steering damage you have,” the 39-year-old recalled to Speedcafe.com.

“Definitely sitting here now, good fightback, because it was not looking good there at the end of the first lap and then we had to do a stint on a right-front tyre from [Saturday] which already had 45 laps on it.

“And then we had quite a bit of damage on the left-rear toe as well from being pushed into the wall, so it was steering hard left and doing some weird things. But second stint I was able to drive around some of the bent steering and we had really good pace.

“I just put my head down and just was really determined to salvage whatever I could. I drove a really, really hard race.

“Knowing how much more speed I had to come after the stop with four fresh tyres on the car because I knew what a disadvantage I was at with that old tyre on the front.

“So that kept me a bit positive that at least the top 10 was maybe within sight, and then yeah, we kept on and on and obviously got more competitive once we got the new set of tyres on.

“It was a great recovery.”

Davison was frustrated by Pye’s move, and did receive a post-race apology from the Team 18 driver.

Despite sitting 44 points behind team-mate Anton De Pasquale in the championship, Davison has arguably had the better season and is now looking forward to a typically happy hunting ground for himself and the team at The Bend Motorsport Park.

“We’re excited about Tailem Bend. It’s definitely a strong circuit for our car, I like the circuit,” he said.

“And [Townsville] traditionally is probably not the best circuit for us but to have actually made some good inroads… we definitely learnt some good things with the car.

“From Friday every day we went faster and faster, so going to Tailem Bend now where we know we’re strong, it should be good.”