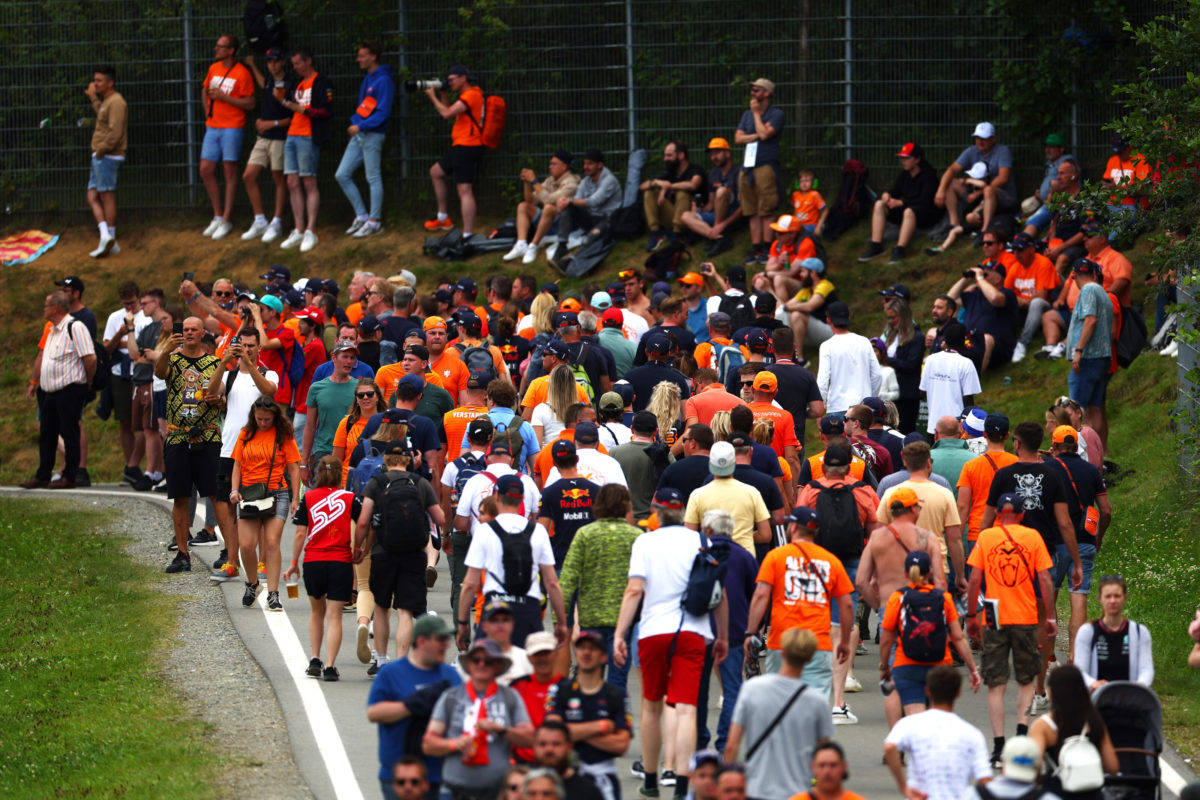 Formula 1 teams and drivers have added their support to the statement made by the sport itself regarding the behaviour of some fans at the Austrian Grand Prix.

Reports of racist, sexist, and other discriminatory behaviour have been widespread from those in attendance at the Red Bull Ring.

In response, a number of teams took to social media, while the drivers made their views felt following Sunday’s race.

“I think it is good that this stuff comes out, that’s a start, but it is horrible,” said Sebastian Vettel.

“If people have a good time and drink too much that’s okay but it doesn’t justify or excuse wrong behaviour.

Red Bull Racing team boss Christian Horner, whose squad is owned by Dietrich Mateschitz who also owns the Red Bull Ring, was similarly astounded by the behaviour of some fans.

“We are shocked to hear that there have been some incidents of abusive behaviour in the grandstands and the fan parks,” he said.

“This is completely unacceptable and we hope that security and the authorities deal with this swiftly as there is no place for it in racing or society as a whole.

“We value inclusion and want a safe space for fans to enjoy our sport.”

Red Bull Racing has recently parted ways with Juri Vips after the Estonian uttered a racial slur online, the team adopting a zero-tolerance approach, though he remains part of the wider driver programme.

They were far from the lone voices as the paddock united to condemn the negative behaviours.

“We have to continue to do more, it just highlights that it’s still an issue all over and it comes down to education, and, of course, ignorance.

Mercedes team boss Toto Wolff was rather more pointed in his response after it was revealed his team welcomed a fan into its garage after she’d had her dress lifted by drunk spectators.

“We found out that this has happened and that’s just not on,” said Wolff.

“That needs to stop.

The latter enjoyed strong crowd support across the weekend at what was arguably his team’s home event, with a number of grandstands decked out in ‘Dutch’ orange.

“I read a few things and a few shocking things. That’s clearly not okay.

“I shouldn’t even need to say this. I think this should be a general understanding that these things shouldn’t happen.

He went on to suggest tighter controls with additional security personnel and even limits on alcohol consumption for fans.

“It’s not an excuse but of course you know, they watch the races and then they go back and party and have fun and drink alcohol,” he observed.

“Sometimes when you drink alcohol you can do stupid things.

“I don’t see this as an excuse, but also these things can be regulated.

“There’s a certain amount of alcohol maybe until it’s time to maybe go to bed and wake up again next morning and be sober, because if you start to go really crazy you can do also stupid things.”