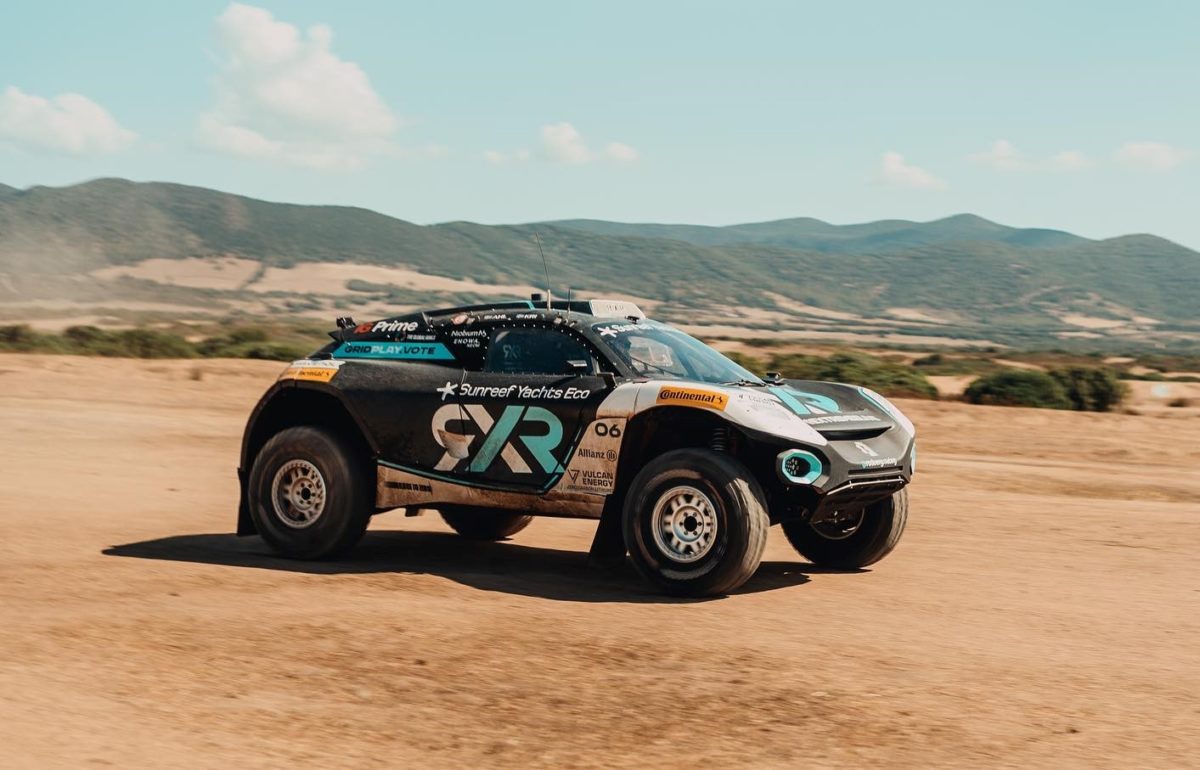 A late-race pass by Mikaela Åhlin-Kottulinsky on ABT CUPRA XE’s Jutta Kleinschmidt sealed the second victory of the season for the defending series championship team.

The scene was set for a thrilling climax to the Sardinia double-header as Nasser Al-Attiyah lined up between Timmy Hansen and Sébastien Loeb, with Johan Kristofferson joined by Carlos Sainz Snr on the other end of the start line, following their dramatic collision in last round’s Final.

As the teams set off, Sainz experimented by taking his ODYSSEY 21 down the furthest possible lane on the right, away from Kristofferson in the RXR car.

The Spaniard’s gamble did not pay off, as the Sainz XE Team came out at the back of the pack as the cars merged into the single lane.

Meanwhile, ABT CUPRA XE on the preferred line surged to the front of the group, with RXR close behind in second and X44 rounding out the top three.

Timmy Hansen slotted into fourth for Genesys Andretti United Extreme E as Loeb and Kristoffersson chased down Al-Attiyah further up the course.

There were four teams in the mix, as the cars entered the Switch Zone.

During the driver change Jutta Kleinschmidt failed to properly buckle her seatbelt before setting off on her lap.

This would later lead to the team’s disqualification from the Final, after they finished second on the course.

It was not long after this that Mikaela Åhlin-Kottulinsky made her race-winning pass.

“It is such a pleasure for me to work with this team, it reminds me of my F1 days,” Rosberg said.

“It’s been a great team effort with everyone giving their best and being at the height of their game.

“Both drivers have been performing at an incredibly high level.

“Johan was the star of Race 1 in NEOM.

“Mikaela was the star of this weekend with her speed and incredible pass for the win through the river, during the last lap, I couldn’t be prouder.”

RXR scored maximum points at the third round, to lead the Extreme E championship on 80 points.

The next round of the 2022 Extreme E championship is the Copper X Prix in Chile on September 24-25.