PremiAir impressed with Golding in baptism of fire

PremiAir impressed with Golding in baptism of fire 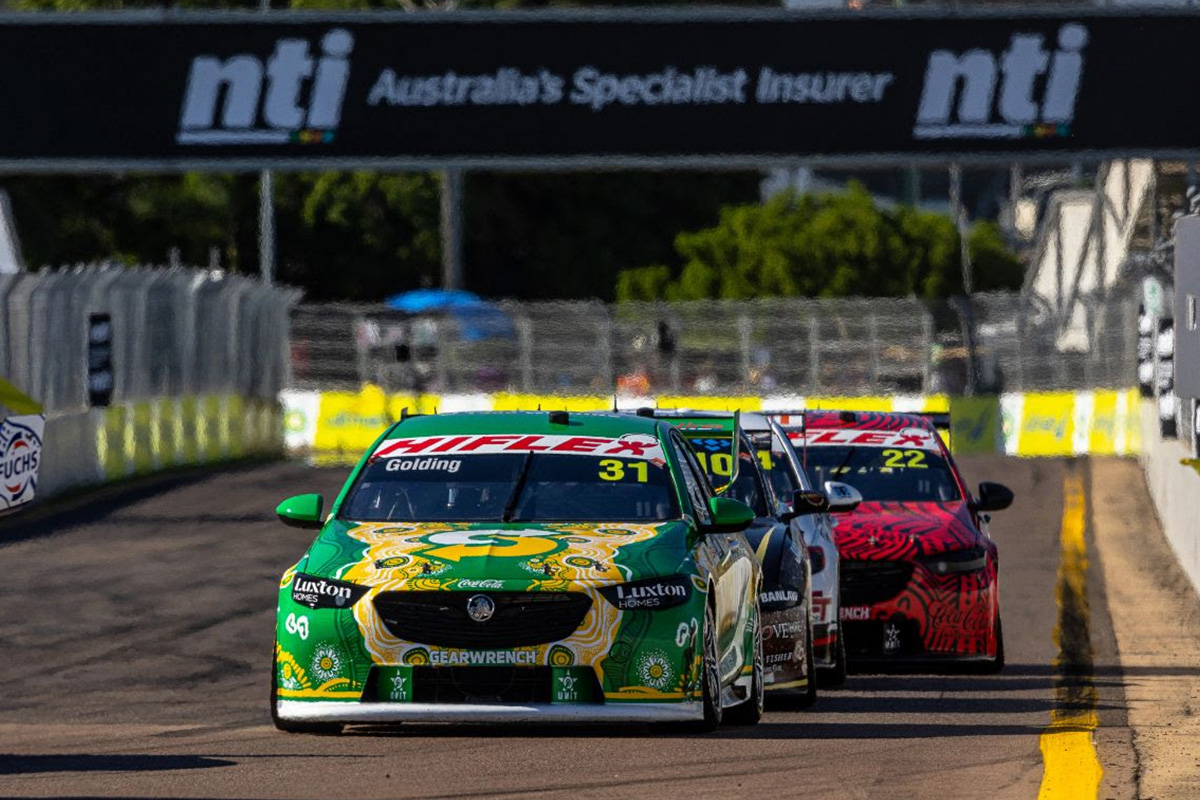 Golding was drafted in to replace Garry Jacobson following the latter’s shock exit from the team following Darwin.

Having not driven the Subway-backed ZB Commodore until opening practice in Townsville, Golding settled in well.

The 26-year-old has kept race fit since his two full seasons with Garry Rogers Motorsport in Supercars, performing co-driver duties at the Bathurst 1000 starts in 2020 and 2021, as well as being a regular in S5000.

While admitting there was no pressure on Golding, Cook was pleased with how he performed holistically.

That was despite unremarkable race results for their new recruit, who collided with James Courtney off the start in Race 19 and managed 21st yesterday.

“Yeah good,” Cook told Speedcafe.com when asked of his take on Golding’s weekend.

“Massive baptism of fire, he hadn’t driven the car before until the first practice session so there was no pressure on him to do anything other than get in the car [and] feel comfortable.

“As he felt more and more at one with the car he was trying to turn the wick up a bit in quali and in the race.

“Not a lot [of pressure], I think he put more pressure on himself than anything else but no pressure from us and he did a good job.

“The car has come back nice and straight, he’s had some solid consistent racing and yeah pretty happy.”

Golding is also adjusting to working with race engineer Sheldon Auhl, who has switched across from Chris Pither’s car to the #31 of Golding.

Reflecting on the weekend, Golding felt he learnt as much as he could have in the sudden main game return.

“Obviously, you would always like to be further up, but we can build on what we have learnt this weekend,” said Golding.

“Particularly myself with what I have learnt about the cars and with getting back into the swing of things of being back full-time again.

“I am really looking forward to going through everything and seeing what we can do better.

“Honestly, I really enjoyed the weekend – the results might not have been there but working with the team is awesome and I felt pretty comfortable straight away with everything.

“Now is the time to go through everything and see where we can improve and move forward.”