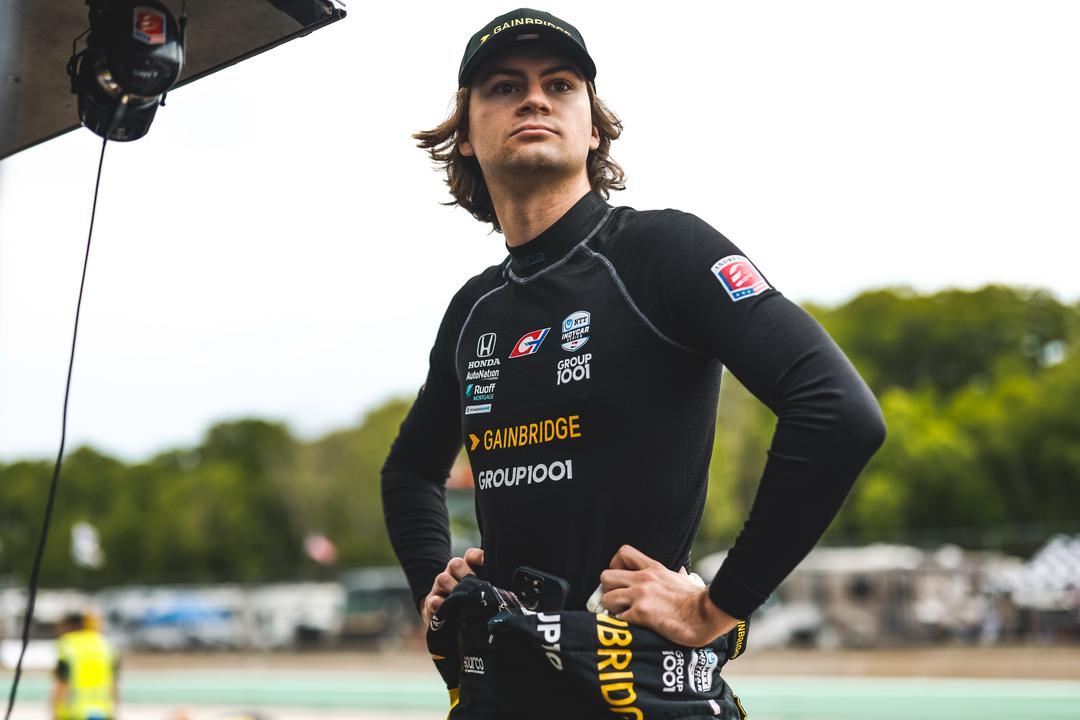 Colton Herta is set to get his first taste of Formula 1 machinery as part of a three-day McLaren test at Portimao in Portugal.

Starting from Monday, Herta is one of a number of drivers the team is set to afford seat time aboard a 2021-spec MCL35Ms.

Images of the team garage being set-up in Portimao circulated on social media ahead of the Austrian Grand Prix, appearing to show Herta in the back of the garage.

The American’s participation was confirmed by team principal Andreas Seidl when asked by Speedcafe.com.

“The idea is we have a three day test, with Colton a chance for two days, then I guess we will also run, most likely, one or two of our simulator drivers, just to make sure they are having fresh impressions of running an F1 car on track as well,” Seidl said.

Speedcafe.com has learned former Marussia driver Will Stevens, who is the team’s test and development driver, will be one of those afforded laps.

McLaren has been active with the testing of its 2021 car in recent weeks, having fielded Jehan Daruvala in the car at Silverstone in the lead up to the British Grand Prix.

Teams are this year allowed to run cars from as recent as the previous season under concessions made under the ‘Testing Previous Cars’ provisions in the rules.

It’s under those that Oscar Piastri and Jack Doohan have enjoyed solid mileage for Alpine.

The run in Portugal, starting on Monday, will be Herta’s first in a Formula 1 car.

He signed on to a testing programme with McLaren at the start of the year, and is understood to be in consideration for a potential Free Practice 1 berth later in the year.

Rules introduced for 2021 mandate that teams must field a ‘young driver’ in two Friday practice sessions during the course of the season.

“It’s part of our agreement with Colton where we wanted to give a chance [in] our Formula 1 car to show what he’s actually able to do in such a car,” Seidl explained.

“We have the possibility now that we can run a one-year-old car this year, and that’s the objective of that test, to see how he’s doing.

“As you know, we have to do two times this year a Free Practice session with a young driver.

“Once we test all the candidates we wanted to give the chance in a TPC car, we will make our mind up who will actually run these FP1 sessions.”

Competing in this year’s IndyCar Series for Andretti AutoSport, Herta sits 11th in the standings with victory on the Indianapolis road course to his name this season, his seventh IndyCar win.

This week’s test is primarily focused on the drivers, with the team gaining little to nothing in the way of data that can be transferred to the 2022 car owing to the technical changes that have taken place.

However, it does provide a consistent and known platform for engineers who can draw comparisons based on others in the car, and the 2021 season.

“The idea is simply to give the drivers a known, solid, existing car so that we can focus together with them on getting them used to run a Formula 1 car,” Seidl said when Speedcafe.com asked what value the teams gained from the tests.

“What you normally do is to quickly try to get them up to speed, find the right balance between making sure you don’t take too much risk as well.

“Also how, together with them, how an F1 team works, which is also different also to other categories, for example.

“To see how our communication works in a Formula 1 team, what the challenges are during a race weekend.”

There will also be a focus on different run programmes, with low and high fuel, and race runs.

The Portimao circuit hosted F1 in 2020 and 2021, Lewis Hamilton winning on both occasions as the sport restarted following the coronavirus pandemic.

It does not appear on this year’s schedule, and is not expected to return for 2023.