Feeney: Homework on starts paid off in Townsville

Feeney: Homework on starts paid off in Townsville 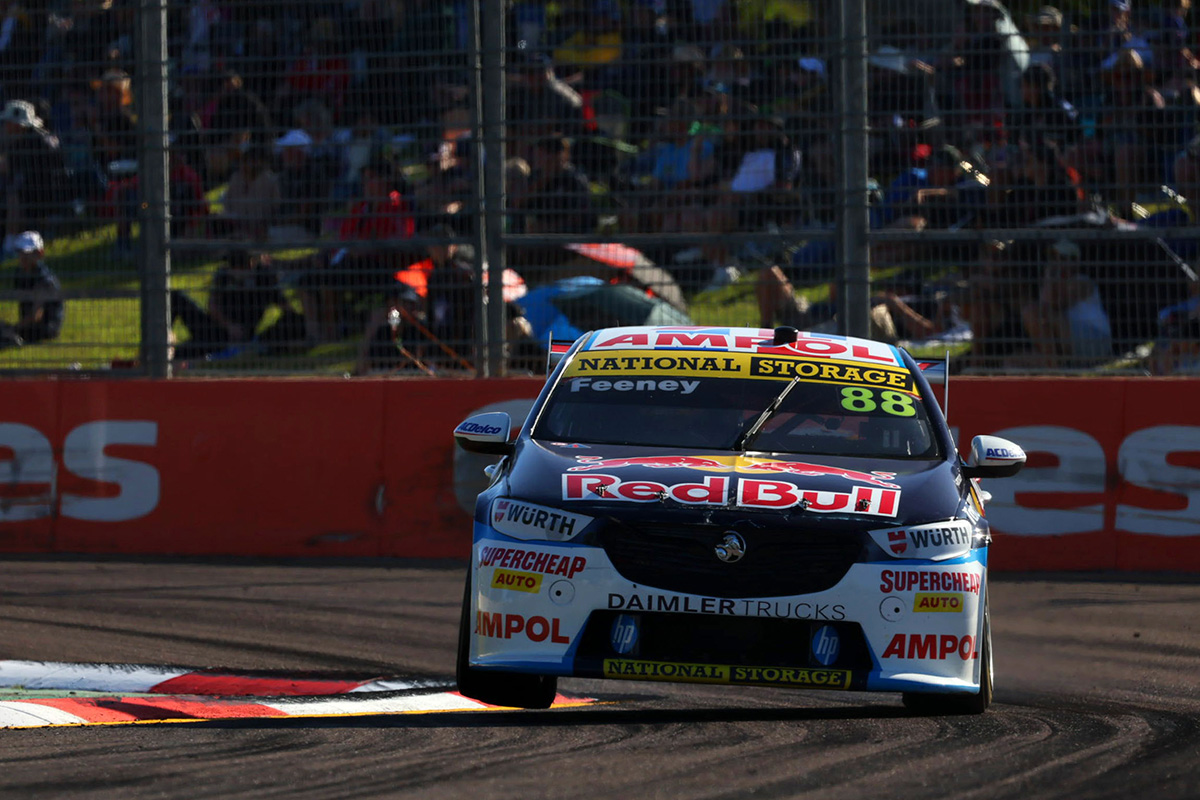 Red Bull Ampol Racing’s Broc Feeney has taken another leap forward in his rookie Supercars season at the NTI Townsville 500.

Seven rounds into the 2022 championship and the 19-year-old has progressed from being outside the top 10 to consistently on the fringes of the top five.

However, there was another box that Feeney was finally able to tick in North Queensland: getting a good start.

Launching the car off the line has been a weakness for both drivers of the Triple Eight stable this year.

Feeney and van Gisbergen spent a significant amount of time working on their starts at a recent Queensland Raceway test day.

A clean getaway from 11th on the grid in Sunday’s 250km encounter propelled Feeney up the order as he kept out of the Lap 1 Turn 3 incident involving Will Davison and Scott Pye.

“It sucked to miss the shootout,” said Feeney.

“We showed [on Saturday] that we had a strong car, but to miss out by such a small margin today was really disappointing.

“I think our qualifying result definitely hampered our race result, but I think we made up for it in the race.

“I had a cracking start to the race, which shows that the practice at our previous test days has really paid off, and that definitely got me out of a lot of trouble, especially in that Lap 1 carnage.”

While he spent much of the race by himself on track, the good start and strong race pace set Feeney up for a sixth-place result at the chequered flag.

It moves the #88 driver up to sixth in the drivers’ championship, ahead of David Reynolds.

“In general, we had pretty good car pace today which was much better than the pace we had yesterday and that meant we could look after the tyres,” he added.

“It was a pretty lonely race from the middle part onwards, but we tracked along and ended up P6.

“We were getting pretty close to the guys in fourth and fifth but overall, I’m really happy to have gained five spots in that race, and gained an extra spot in the championship.”