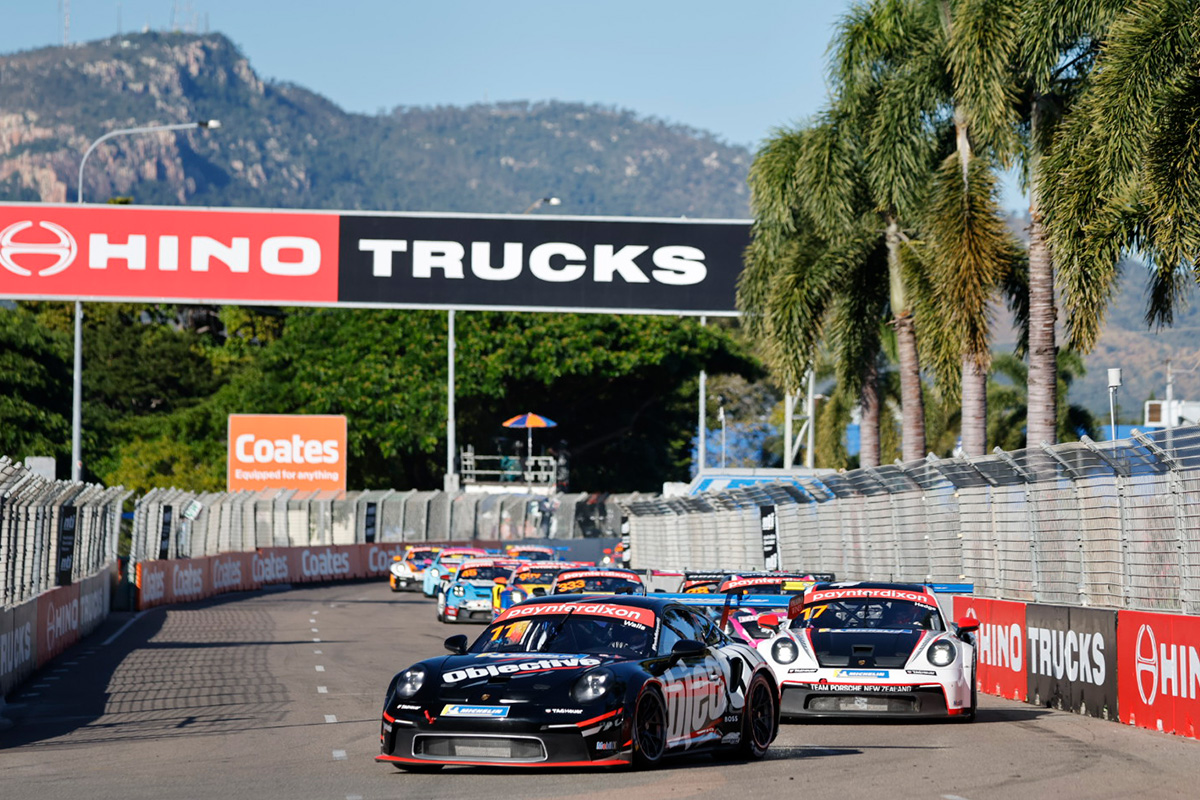 It was a rollercoaster lead-up to Race 2 for Walls, who was among the podium trio to be disqualified from the Saturday encounter, only to then have that result reinstated.

That allowed the McElrea Racing driver to line up on the front row of the grid this morning, and he’d take full advantage by blasting into the lead on the run to the first braking zone.

Pole-sitter Luke Youlden again was slow away, and dropped to third behind Callum Hedge as this time everyone got through Turn 2 cleanly.

Simon Fallon was the big loser on Lap 1, spinning all on his own out of Turn 13.

As the field settled in, Aaron Love and championship leader Harri Jones made progress up to sixth and eighth respectively, having both been caught up in the Turn 2 shenanigans yesterday.

But the Safety Car wouldn’t have to wait too long to intervene, with Adrian Flack and Drew Hall both finding trouble on Lap 3.

Walls would lead the field back to green flag conditions on Lap 10 and press on while Jones, sporting front splitter damage, slipped backwards.

With time certainty approaching, Walls came under considerable pressure from Hedge and Youlden in the closing laps, and the latter emerged as his nearest threat after pouncing on a Hedge lock-up into Turn 13.

Youlden launched an attack on Walls on the 21st and final tour of the Reid Park Street Circuit but came off second-best when the pair made contact as the #11 Objective Racing driver veered left into his veteran counterpart under brakes approaching Turn 3.

Youlden would consequently brush the outside wall and lose out to Hedge, but managed to continue on in third.

The top three would not change from there, Walls defying multiple lock-ups to join the winners’ circle.

By the flag, a mere 1.6239s separated the top five, rounded out by David Wall and Love.

The third and final Carrera Cup race of the weekend is due to start at 12:45 AEST.