No result in Townsville TCM finale after Almond-Tilley shunt

No result in Townsville TCM finale after Almond-Tilley shunt Race 3 of the Gulf Western Oils Touring Car Masters round at the NTI Townsville 500 was declared a non-event after a big shunt involving Michael Almond and Cameron Tilley.

Almond experienced brake failure in his Chevrolet Camaro as he approached the Turn 3 right-hander on Lap 3 of the race, causing to clip the preceding car, namely Tilley’s Valiant Pacer.

Each made heavy contact with the barriers although both were able to walk to the medical car which arrived on the scene.

John Bowe (Holden Torana) led Ryan Hansford (Holden Torana), Andrew Fisher (Holden Torana), and George Miedecke (Chevrolet Camaro) at the time of the incident, which occurred immediately behind the latter, and that was how they continued under Safety Car until they took the chequered flag. 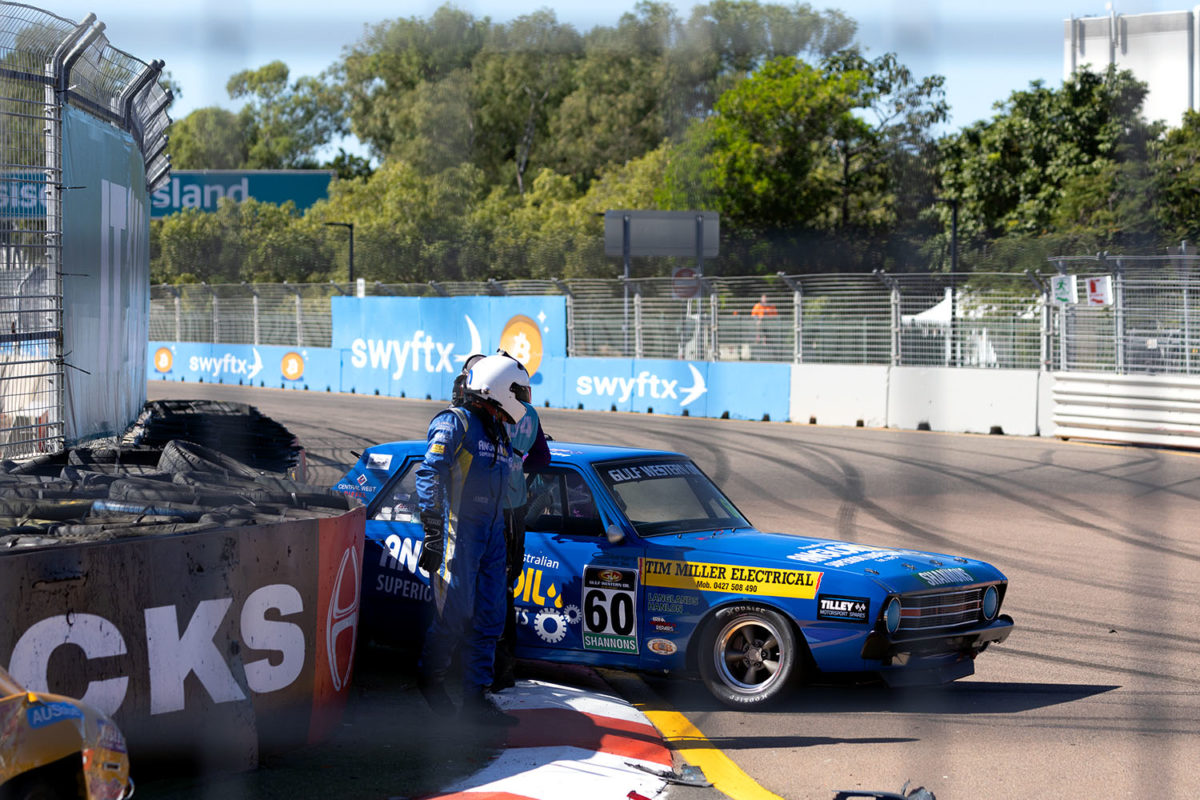 However, only five laps had officially been completed out of a scheduled 12, hence the race fell short of reaching half-distance and was a non-result.

Earlier in the day, Hansford held off Bowe to win Race 2 of Round 3, adding to his victory from Race 1 on the morning prior.

Hansford therefore claimed round honours, closing the gap to Bowe at the top of the series standings.