Grove to take risks in hunt for Townsville gains

Grove to take risks in hunt for Townsville gains 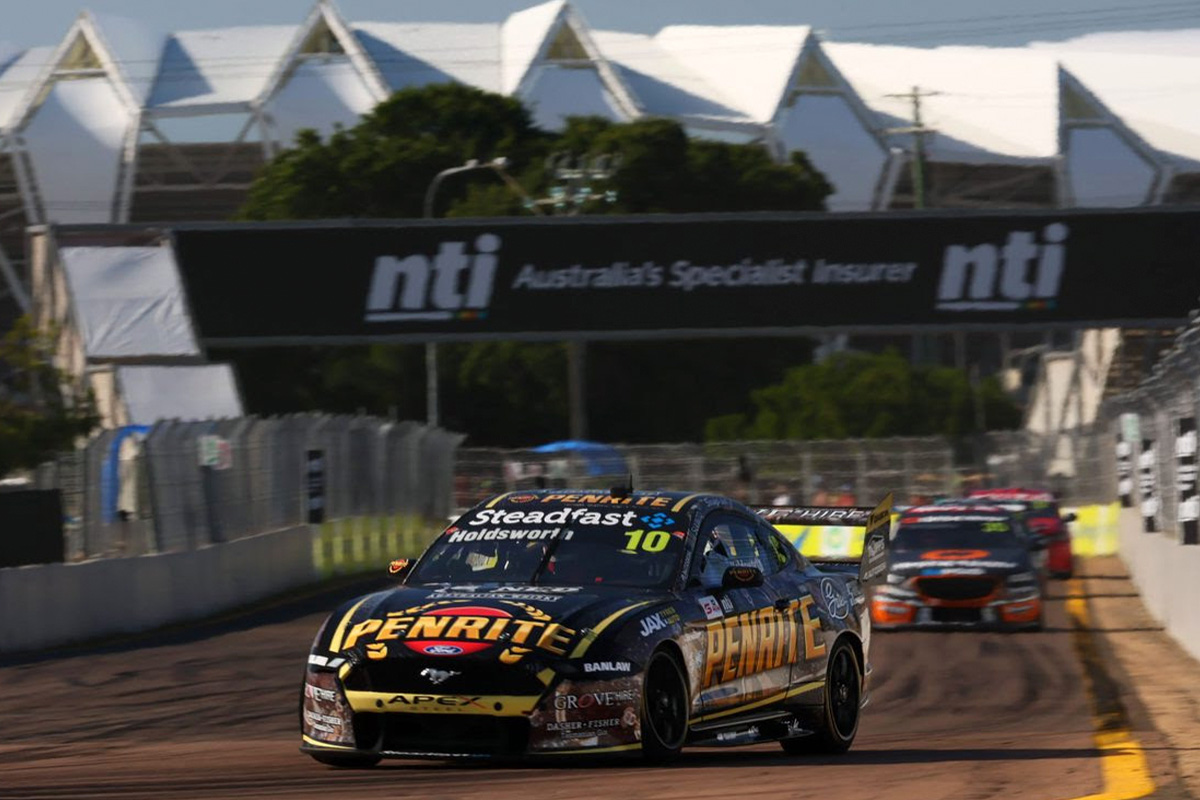 Grove Racing team principal David Cauchi is looking to take a calculated risk with the direction of the cars today after a lacklustre Saturday showing at the NTI Townsville 500.

By Cauchi’s own admission the team had homework to do overnight with neither car ‘quite there overall’ in Race 19.

Lee Holdsworth and David Reynolds were 17th and 18th respectively in the race, and seemed up against it even to fight for a top 10 result.

Earlier in the day, Reynolds just missed out on a berth in the Top 10 Shootout which he described as ‘gutting’ at a circuit he has previously taken pole position at.

Despite making it up to second position after starting on the super soft tyre, Reynolds did not get far enough up the road to have an advantage.

While the team admitted there was nothing obvious missing from the set-up, it’s something they need to wrap their heads around to make progress on Sunday.

“We can take a few risks because our performance isn’t all that good,” Cauchi told Speedcafe.com.

“We’ll take a few calculated risks to see where we end up [on Sunday] but we’ve got a lot of homework to do.

“I wish I knew, if I knew I’d change it straight away.

“We’re not on the pace; we felt like we found a decent set-up at the last few events, but this one it hasn’t been successful.

“We’ve got to just keep working and trying to understand part of the car; we did make a lot of changes so we’ll have to take a deep breath and get an understanding of it.”

Cauchi has more on his plate this weekend than usual, also filling the role of Holdsworth’s race engineer with Will Davidson absent due to COVID.

Asked whether he felt the #26 or #10 ran better on either the super soft or hard compound, Cauchi replied ‘no’.

It leaves the team hunting a fundamental tweak to find the pace that’s needed after having strong form all season up until this point.

“I think in general we just weren’t quite there overall,” Cauchi added.

“I don’t think we were special on any compound, unfortunately.

“Qualifying on hards just not there and then on the super softs we weren’t quite where we need to be.

“We’ve just got to do some homework [overnight] and make a few smart decisions.”

Supercars action gets underway with Qualifying for Race 20 at 10:10 local time/AEST.