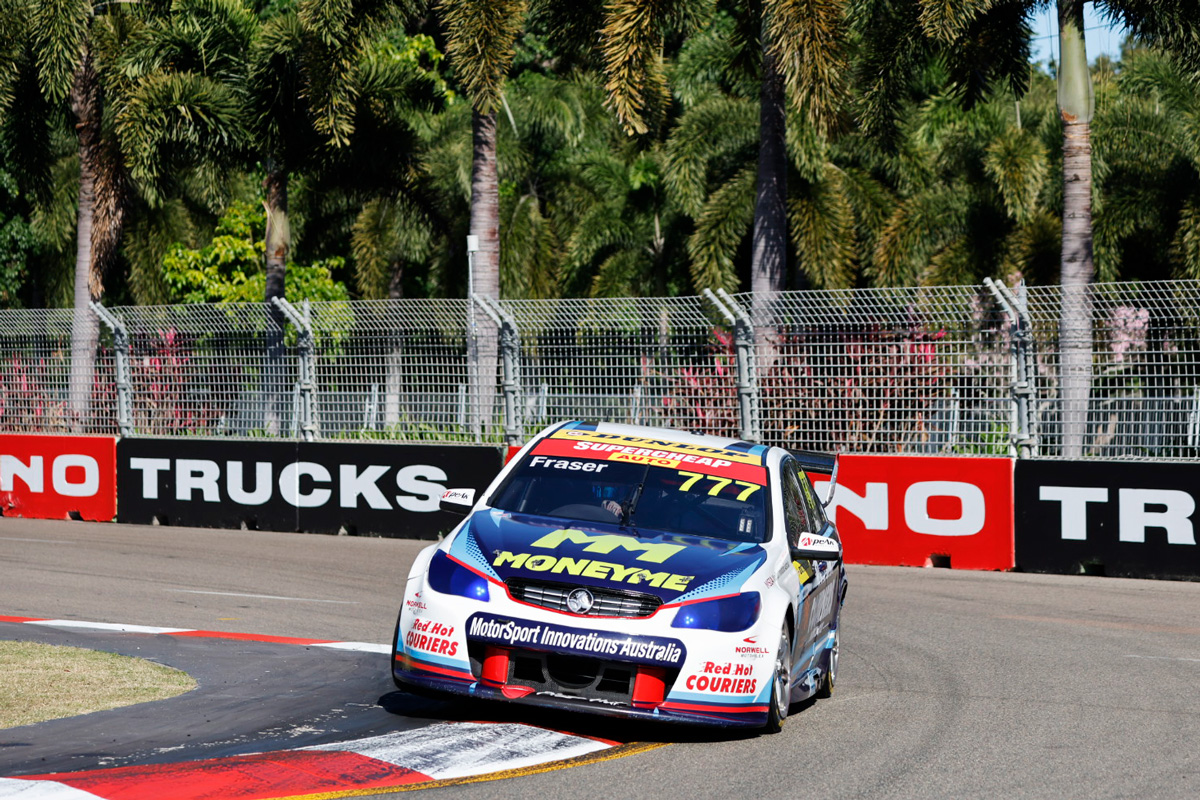 Triple Eight’s Declan Fraser has taken pole position for Race 2 for the Dunlop Super2 Series at the NTI Townsville 500, by a 0.0122s margin over Tickford Racing’s Zak Best.

He would pit just after that, but faced a nervous wait as the other big guns switched to their green tyre set for their second runs.

There was still potential for pole position to change on the final laps, with Everingham moving up to third on a 1:14.2528s as Best set the fastest first sector.

However, the Tickford driver was slower than his personal best in Sector 2 and then locked the rears slightly into Turn 11, checking in at the control line with a 1:14.2778s.

He thus remained second while Chahda ended up fifth and Hill sixth.

In the Super3 segment of qualifying, Kai Allen was quickest with a 1:14.9605s which got the #26 Eggleston Motorsport VE Commodore into 13th on the grid outright.

The #68 AU Falcon looks to be out for the balance of the weekend after Shane Beikoff lost control as he warmed tyres on his out lap and slid into the barriers on the exit of Turn 3.