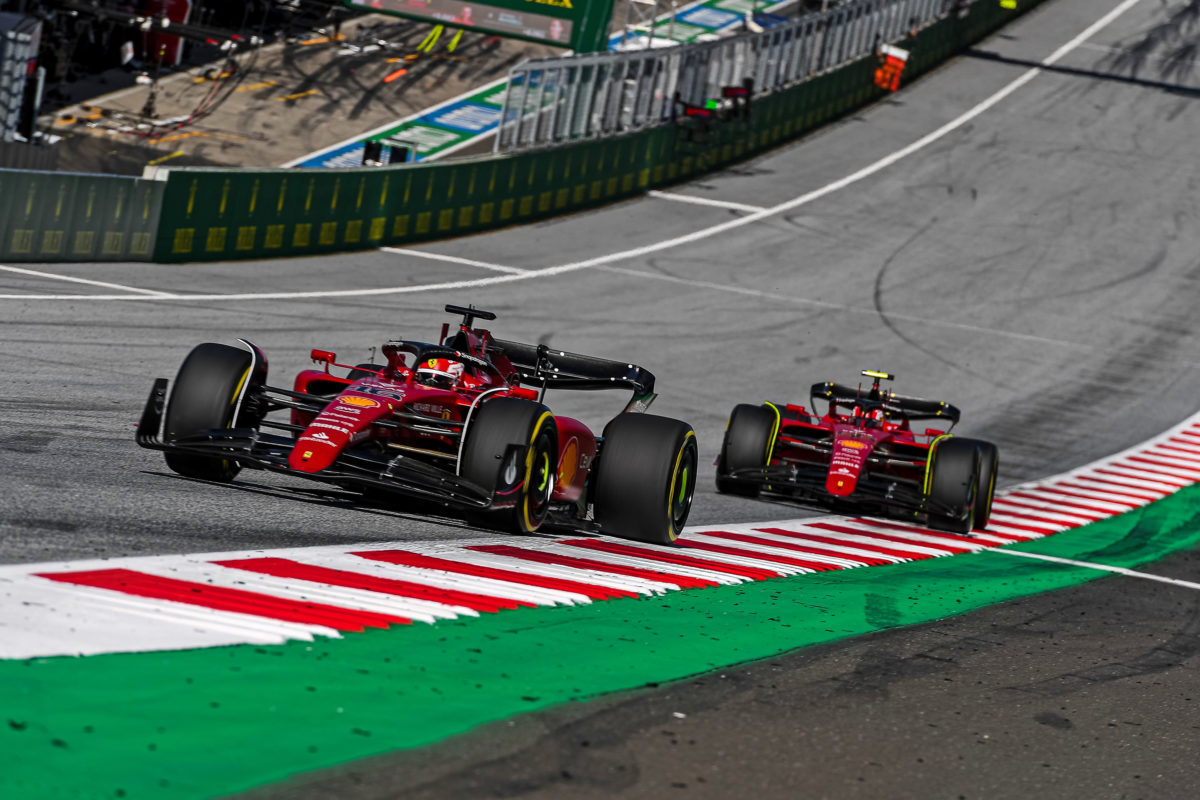 Ferrari’s Charles Leclerc and Carlos Sainz have refuted suggestions their battle during the Formula 1 Austrian Grand Prix Sprint cost them a chance at finishing first.

The duo trailed home Max Verstappen at the end of 23 laps, the Dutchman leading throughout to win the encounter by 1.6 seconds.

Key to his success was the gap he extended in the opening laps, a task made easier as the two Ferraris squabbled with one another.

“There were a few battles going on there at the beginning,” said Sainz.

“First, at the start and then with Charles around, I don’t know what lap, was four or five, which was fun.

“A shame that I couldn’t get him in the end. I think he had a pretty good exit there at the exit of Turn 3 and it wasn’t quite enough to get him.

“I think today there was very little to gain or to lose by the fighting,” he added when asked specifically if the battle cost the team in relation to Verstappen.

“We’re talking about one point, more or less one point, because the Sprint, there’s no many points going on.

“And also, Max looked very in control, the whole race, up front, so it’s not like we lost out massively.”

Leclerc held something of a similar view, reasoning that Verstappen was simply managing the race up front and could have lifted his pace if needed.

“I think it was pretty close between us three, to be honest, in terms of pace,” he said.

He did, however, conceded that the battle cost him time in pursuit of his title rival.

“A little bit, but whether this was enough to get the win, I don’t think so,” he said when asked how much he time he lost.

“Max was also managing then, once he had the gap, so we’ll never know what will have happened.”

The battle between Leclerc and Sainz saw the pair twice come close to contact.

On the opening lap, the Spaniard claimed second by going the long way around at Turn 1 as his team-mate attacked Verstappen off the line.

He then ceded the place back at Turn 3, with Leclerc completing the move at Turn 4.

On Lap 5, the pair were back at it, with Leclerc uncompromising in his defence as the pair exited Turn 4 side-by-side.

After that exchange the battle soon cooled, Sainz crossing the line third, four seconds down on Leclerc, and 5.6 behind Verstappen.

With George Russell a distant fourth, the front two rows of the grid for Sunday’s race are unchanged from the order set in Friday’s qualifying session.