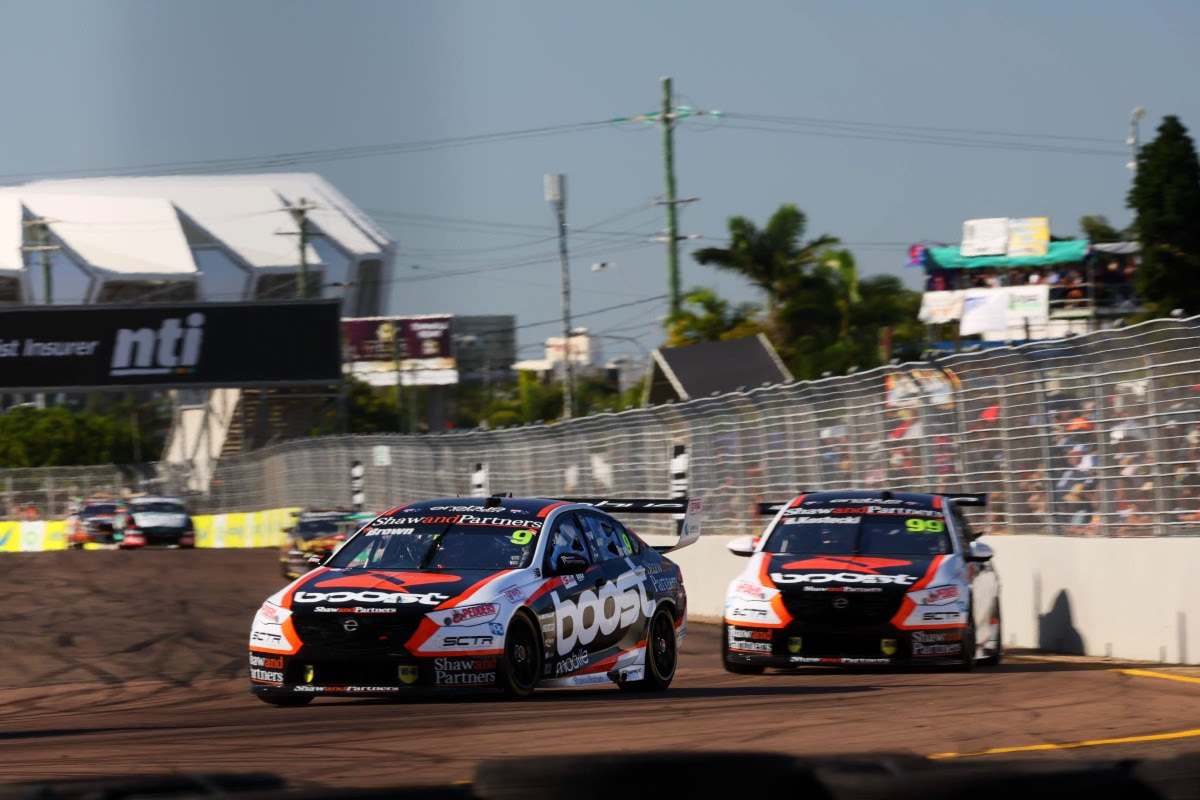 Will Brown runs ahead of Brodie Kostecki

Erebus Motorsport CEO Barry Ryan has given a brutally honest assessment of his team’s struggles at the NTI Townsville 500.

Both Will Brown and Brodie Kostecki missed the top 10 in Race 19 yesterday, and the tale of woe was even worse today.

Kostecki was the team’s highest placed finisher in 16th, while Brown ended up a lap down in 19th.

“I’m pretty disappointed we got lapped in that last race, it’s pretty low.

“I don’t know, we’ve just got to go back to the drawing board. It’s really strange, I don’t know what to say actually.”

Ryan felt a particular shortcoming had been the team’s inability to get to grips with the hard compound tyre.

“I apologise to our sponsors for a bad show.”

Erebus has been somewhat on the slide since it burst out of the blocks at Sydney Motorsport Park.

It left Round 1 sitting second in the teams’ championship and with a podium already in the bag; Erebus is now sixth and closer to seventh-placed Brad Jones Racing than fifth-placed Walkinshaw Andretti United.

Ryan though is optimistic of a resurgence at The Bend Motorsport Park later this month.

“I think we’ll be pretty strong there, I think Brodie got a podium there last year or close,” he said, referencing Kostecki’s fifth-place finish last year at the South Australian circuit.

“We’ve always been pretty good there so we’ll see how we go. But looking forward to getting back on the soft tyre.”