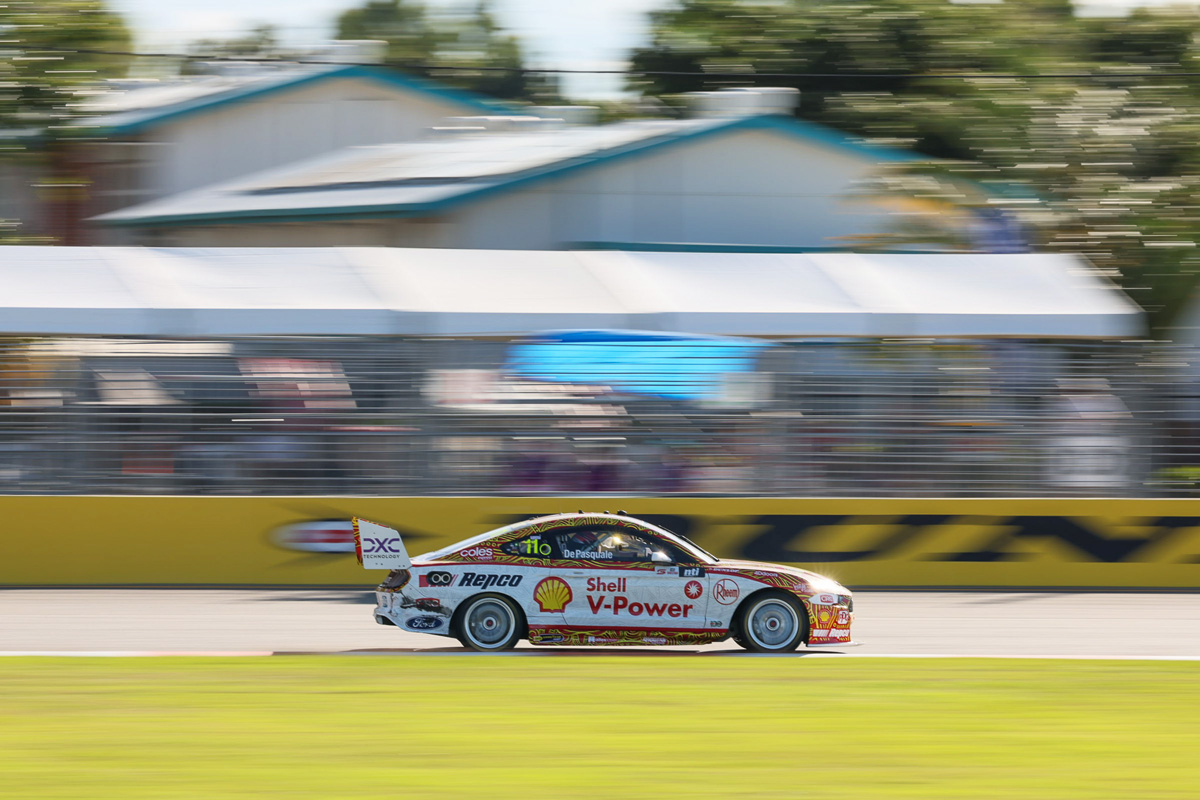 The Shell V-Power Racing Team has unlocked more speed in Anton De Pasquale’s #11 to propel him up the grid in Sunday qualifying at the NTI Townsville 500.

De Pasquale wound up sixth in yesterday’s 250km race, lacking the speed to compete with the front-runners.

That was in contrast to team-mate Will Davison, who vied for victory before having to settle for second.

It was a much better showing for Dick Johnson Racing this morning, however, with overnight homework paying off.

Davison led the time sheets, with De Pasquale second quickest only a tenth and a half away.

“A few more than what we’d like on a Saturday night but it’s rolled out pretty good. We’ll have a crack in the shootout and hopefully have a good race.”

While De Pasquale’s usual race engineer Ludo Lacroix is absent this weekend, the Frenchman is still chiming in remotely and assisting the team as he makes a long overdue trip to visit family.

De Pasquale admitted yesterday’s struggles were centred around the hard compound tyre, but was feeling upbeat considering qualifying was run on that particular rubber.

“I was there, just wasn’t doing much exciting,” he said of Race 19.

“We struggled a bit on the hard tyre yesterday and came home alright on the [super] softs.

“The car is a bit better this morning so we’ll see if we can make more of an impression.”

Qualifying wasn’t without a scare though for the 26-year-old, who brushed the wall on his initial run.

“Just had a bit of a slide and then as I sort of corrected it, it just dragged me in and slapped the wall with the front.

“Nothing is too broken and I could put another set on and still do a lap so it’s all good.”