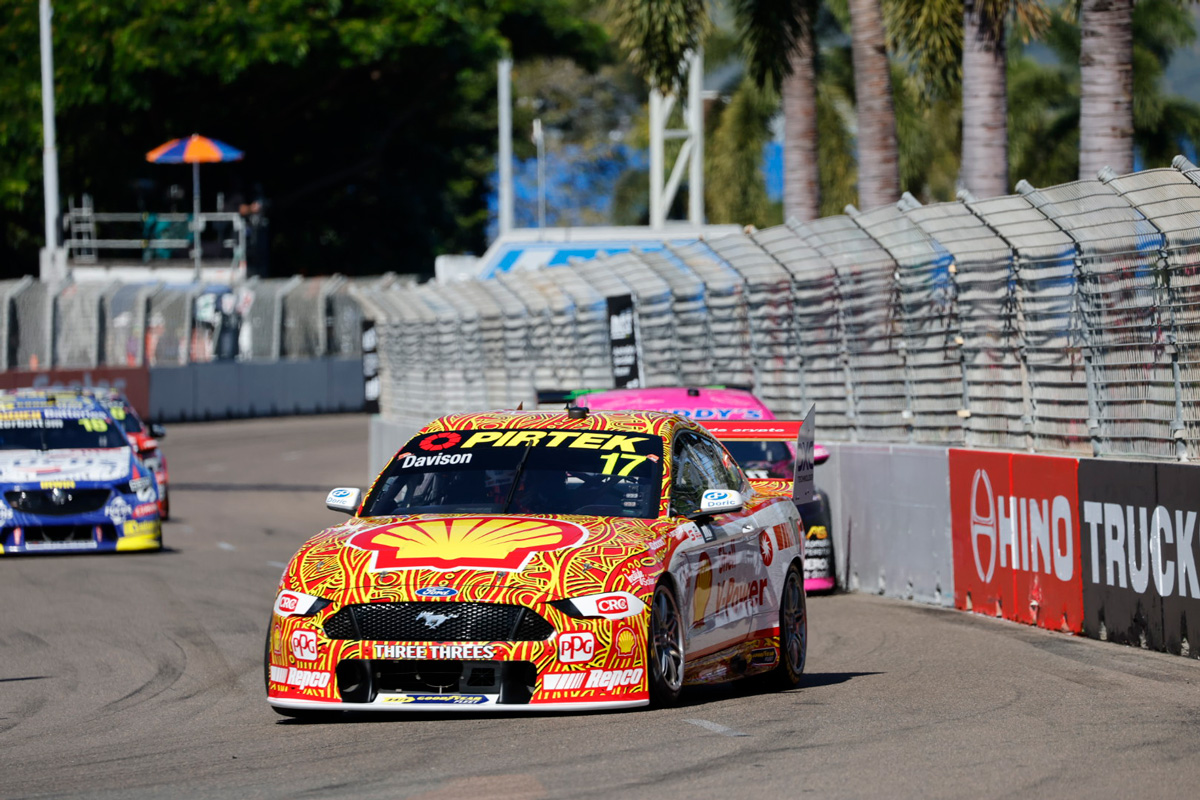 Will Davison will be last out for this afternoon’s Top 10 Shootout after setting the pace in Qualifying for Race 20 of the Supercars Championship at the NTI Townsville 500.

In a Shell V-Power Racing Team one-two, Davison set a 1:13.2650s which put him 0.1744s ahead of Anton De Pasquale, who got away with a brush with a wall during the 15-minute, hard-tyre-only session.

David Reynolds (#26 Penrite Mustang) set the first representative-looking lap when he laid down a 1:13.7985s, which was bettered by Waters’ 1:13.5161s once the Tickford Racing driver completed a lap in the #6 Monster Energy Mustang.

They were top two when the chequered flag came out before Davison climbed again from seventh to the top, meaning Waters was shuffled back to fourth on his aforementioned time.

Red Bull Ampol Racing put a new set of rears on van Gisbergen’s #97 ZB Commodore for his final run and he had been pushed all the way back to 15th before he clocked a 1:13.5265s to earn passage to the Shootout.

Broc Feeney (#88 Red Bull Ampol ZB Commodore) was first on the outside, bumped right at the end by Pye, and hence is set to start from 11th position.

Behind Heimgartner in 12th were Brodie Kostecki (#99 Boost Mobile ZB Commodore) in 13th and Tim Slade (#3 CoolDrive Mustang) in 14th, while Nick Percat (#2 Mobil 1 NTI ZB Commodore) brings up the rear, even at 0.9089s off the pace.