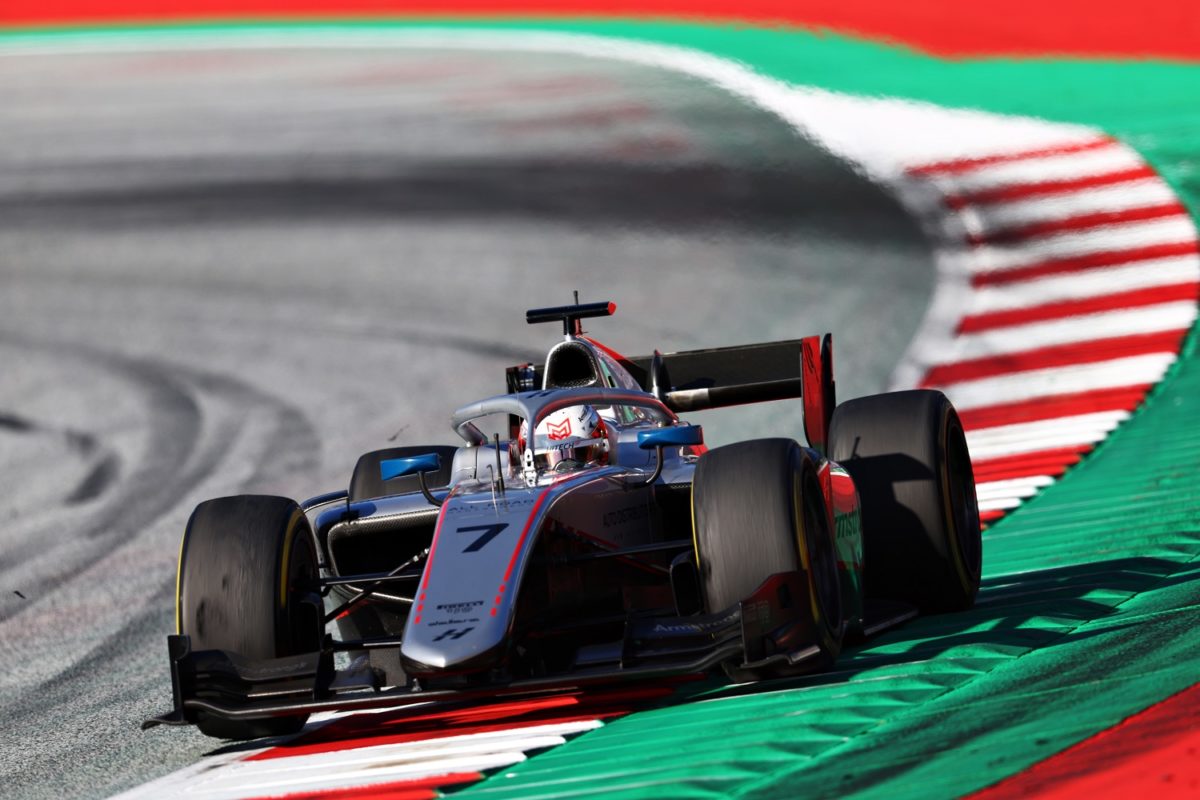 A commanding drive from Marcus Armstrong has netted the New Zealander victory in the Formula 2 Sprint race at the Red Bull Ring.

Having started from pole, he never relinquished top spot to ease to victory over Theo Pourchaire and Jack Doohan.

But while it was ultimately a comparatively comfortable win, it was a nervous run to the flag after Armstrong picked up a second track limits transgression, leaving him on the precipice of a time penalty.

The same was true for Pourchaire, who faced a post-race investigation which could see him demoted to fourth should a penalty be forthcoming.

As the race began, Armstrong held his advantage into the opening corner over Pourchaire while Doohan slotted into third over Richard Verschoor.

Liam Lawson joined the race from the pit lane, the Kiwi unable to get away on the formation lap.

It was an unusually settled Formula 2 encounter, Armstrong opening a 1.2s advantage after five laps while Doohan was 1.8s down on second placed Pourchaire.

Fourth-placed Felipe Drugovich was closing in the Doohan ahead, pushing him to drop a wheel off the track but the Australian was otherwise able to hold a steady 0.8s advantage over the Brazilian.

The race was briefly interrupted on Lap 12 when the Virtual Safety Car was deployed for Lawson, who’d stopped at Turn 3.

However, the Red Bull backed driver was able to get the car going, limping it back around to the pits and retirement.

Once racing resumed, Drugovich had dropped away from Doohan, who was just outside of DRS range to Pourchaire.

Track limits were proving a critical issue, with a number of drivers warned for exceeding them on too many occasions.

Pourchaire was among their number, and on Lap 20 race control noted an incident involving the second placed runner, specifically for track limits that would be investigated after the race.

His advantage over Doohan behind diminished soon after following a locked brake a Turn 3, the pair split by just 0.5s.

They remained locked together into the final lap, Doohan’s hopes of stealing the place away dealt a blow by a yellow flag in the opening sector which robbed him of the chance to use DRS.

Race leader Armstrong lost a second as he navigated his way through the sector, though held on to a comfortable advantage which saw Pourchaire following him across the line in second from Doohan in third.

The Formula 2 Feature race will conclude the weekend at 18:05 AEST on Sunday evening.