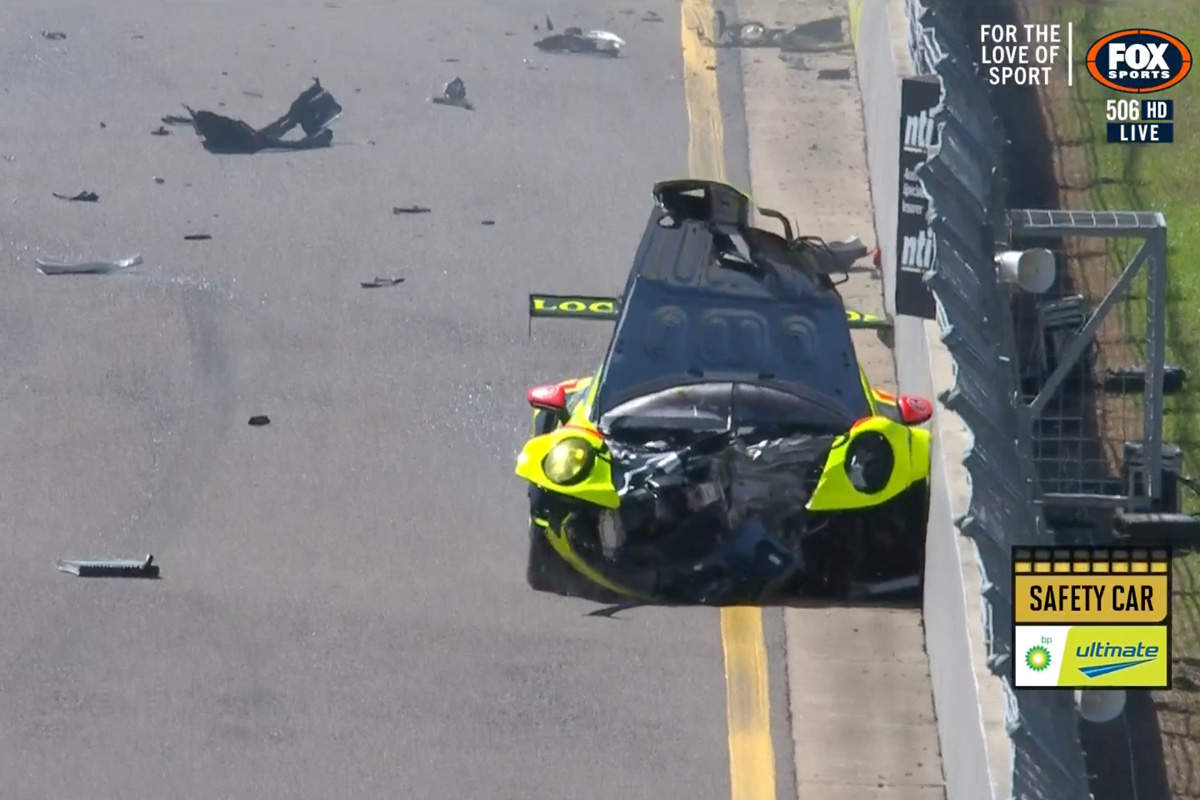 The Tekworkx Motorsport veteran started from pole position but was slow off the line, losing immediate ground to Aaron Love and Dylan O’Keeffe.

Mayhem broke out moments later as a Turn 2 concertina resulted in Love being spun around, with a car park ensuing to drastically shake up the order.

Youlden got a clean run on the inside to retake the lead, while Simon Fallon lost out in a sudden battle for second at the next corner when he ran deep.

That cleared the way for Jackson Walls to hold second ahead of Callum Hedge, David Wall, and O’Keeffe in the running order.

The race remained green – but not for too much longer, with Tony Quinn suffering a bone-rattling crash at Turn 10.

That left the Local Legends Porsche in a mess, with Quinn eventually extracted from the car and taken away via ambulance.

The incident triggered the Safety Car, and the race would never return to green flag conditions, with the chequered flag waving at the end of Lap 8 of an initially scheduled 17. 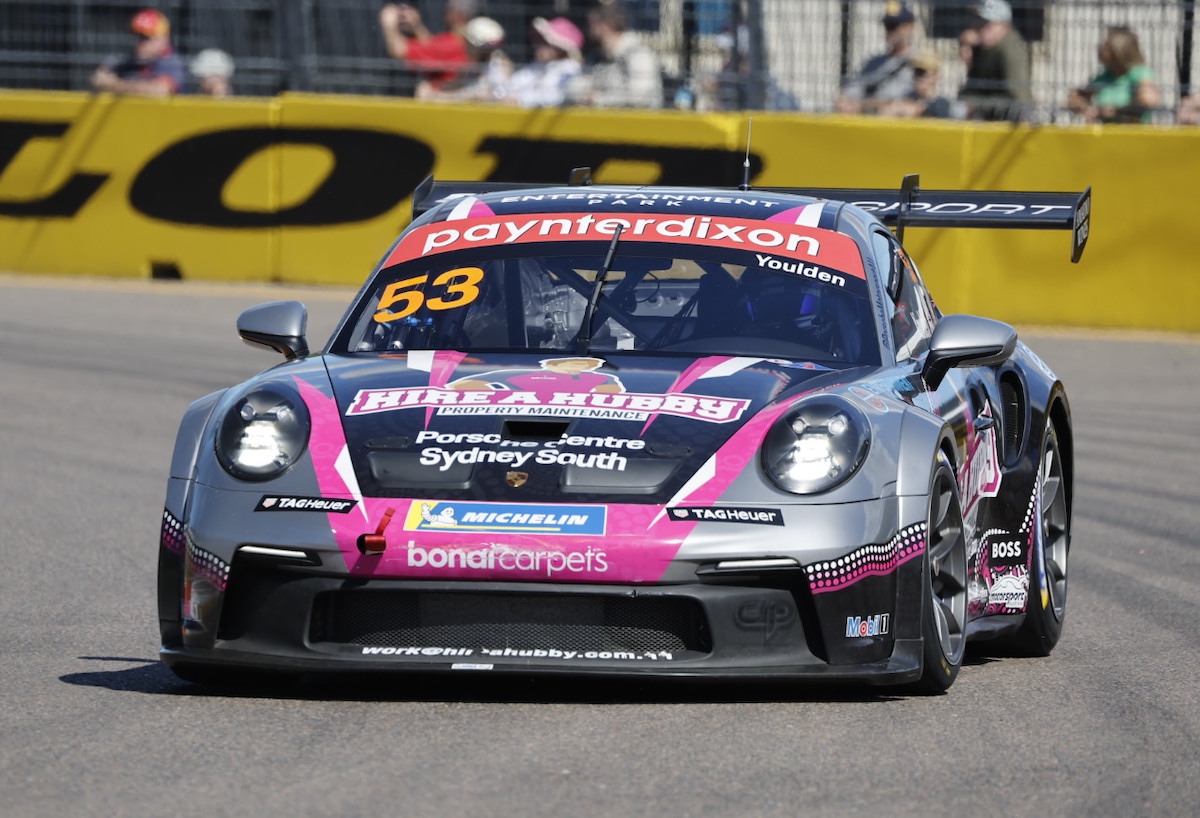 While drivers meandered around behind the Safety Car, intrigue surrounded how Race Control would view the Turn 2 matter.

It was unclear whether Youlden had contributed to the pile-up, but it was O’Keeffe who was later slapped with a 10-second penalty for causing the incident.

With no chance provided for the field to spread back out, O’Keeffe was effectively demoted to 15th.