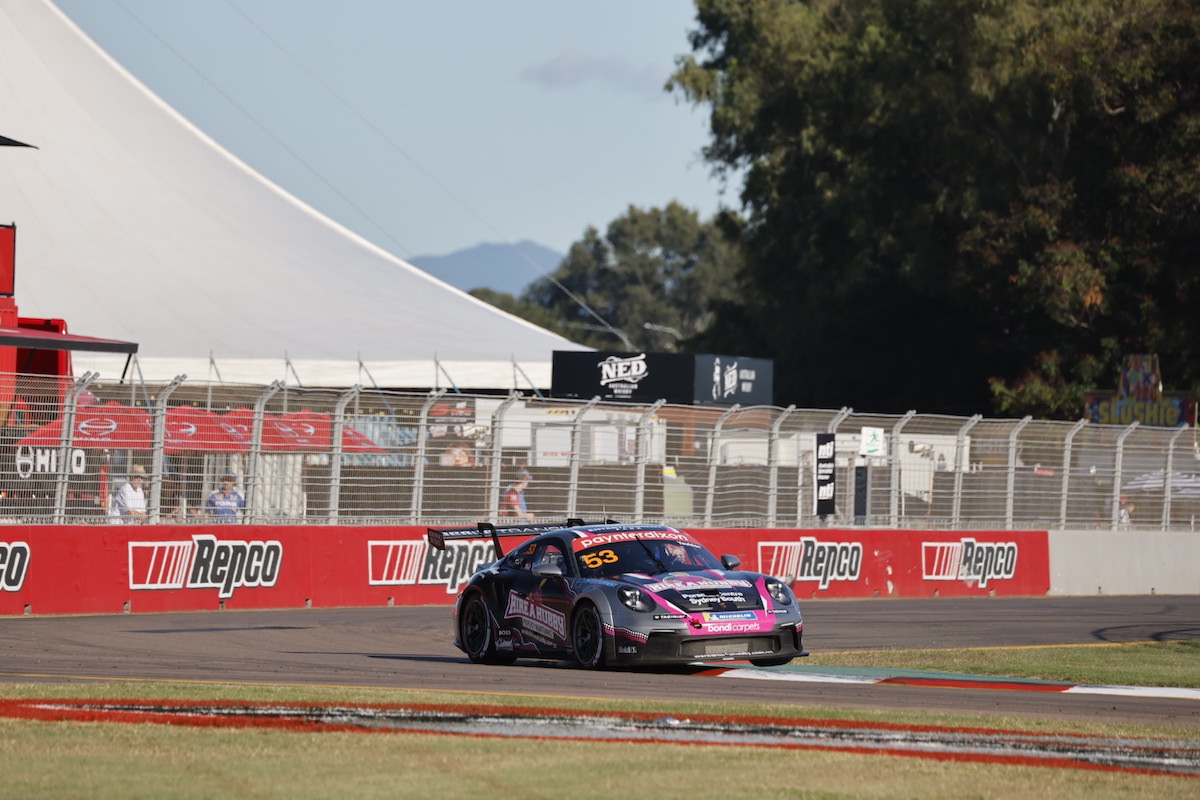 In a split session whereby Pro-Am competitors sorted themselves out before the Pro field got stuck into qualifying, Youlden dominated proceedings.

The 44-year-old was on top heading into crunch time, before series returnee Aaron Love went fastest with a 1:13.0775s set inside the final three minutes.

Simon Fallon then split Love and Youlden to go second, before the latter banged in a 1:13.0612s to reclaim top spot.

Dylan O’Keeffe capitalised on the rapid track evolution to slot in third, as eyes darted towards the struggles of championship leader Harri Jones.

Jones was just 15th in the 19-strong Pro field when the chequered flag dropped, and fell to third-last, before improving – albeit only to 10th.

Youlden meanwhile was going faster again, improving to a stunning 1:12.9801s on his final effort.

That time saw almost six tenths shaved off the practice/qualifying lap record that had been set yesterday by David Wall.

Geoff Emery was fastest in the Pro-Am class.