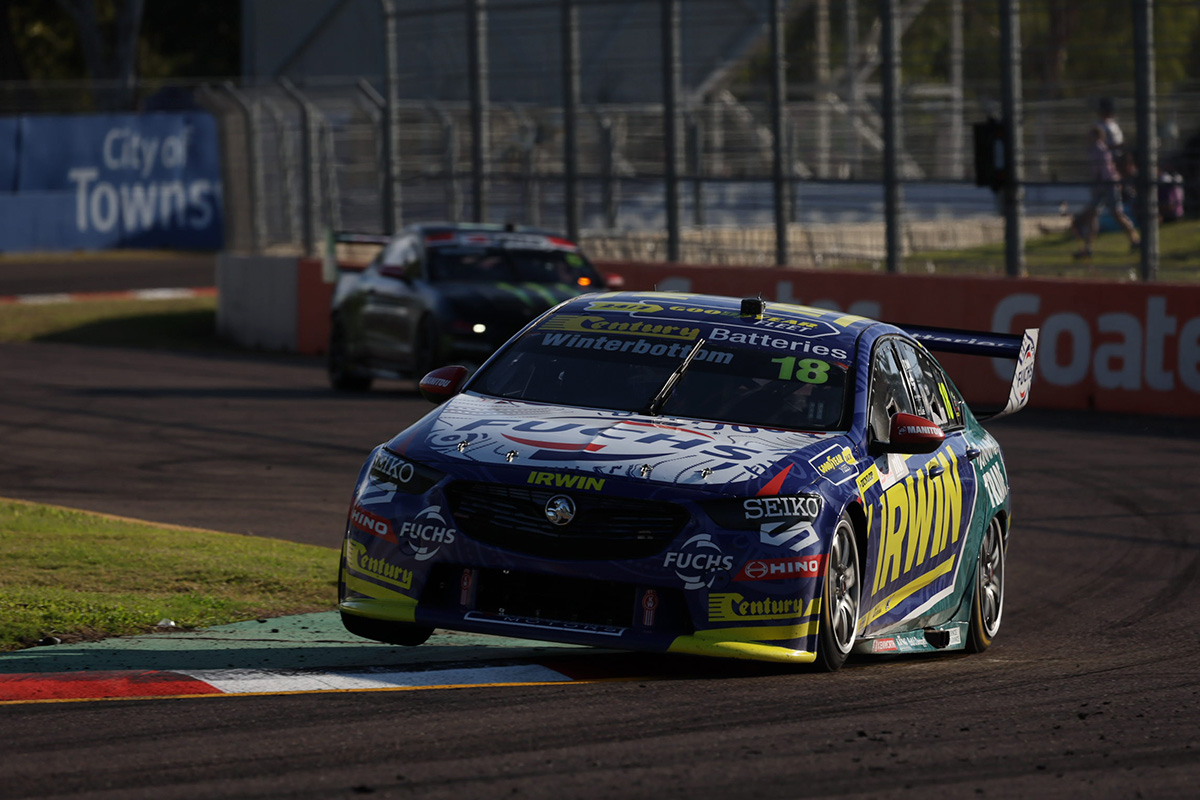 Mark Winterbottom was left perplexed by the latest power steering issue for Team 18 which put him dead last on Saturday at the NTI Townsville 500.

The Irwin Racing driver looked on for a top 10 result until being forced into the garage on Lap 67 with power steering dramas.

Team 18 has been plagued by power steering gremlins this season, but Winterbottom hinted it may have been a different cause on this occasion to what they have seen previously.

“We’ve only just checked it out then, we’re not sure. I know it didn’t work so I don’t know if they are different issues.”

Winterbottom explained the problem didn’t show any hints until it forced him into the garage.

Sitting 12th in points, he was able to return to the circuit and turn two more laps later in the day to complete the minimum race distance to be classified.

“When I stopped, it was instant,” he added.

“We were having a good race, I think we would have finished seventh, we were trucking on pretty good.

“Obviously it put us out and we did a run at the end to try and get some points but we’re dead last.” On the other side of the garage, Winterbottom’s team-mate Scott Pye enjoyed a smooth run to collect fifth, having made it into the Top 10 Shootout earlier in the day.

“I struggled on the used tyre in the shootout but in the race we had great speed and moved through to fifth,” said Pye.

“A huge effort for everyone today, the pit stops were awesome again and to come away moving up five spots in the race and finishing up fifth is a really solid day considering the challenges we have had in the last few races.

“88 laps are pretty gruelling on the cars around here so the crew are doing a mega job tonight giving it a birthday ready to go again tomorrow to last another 250 kilometres tomorrow.”