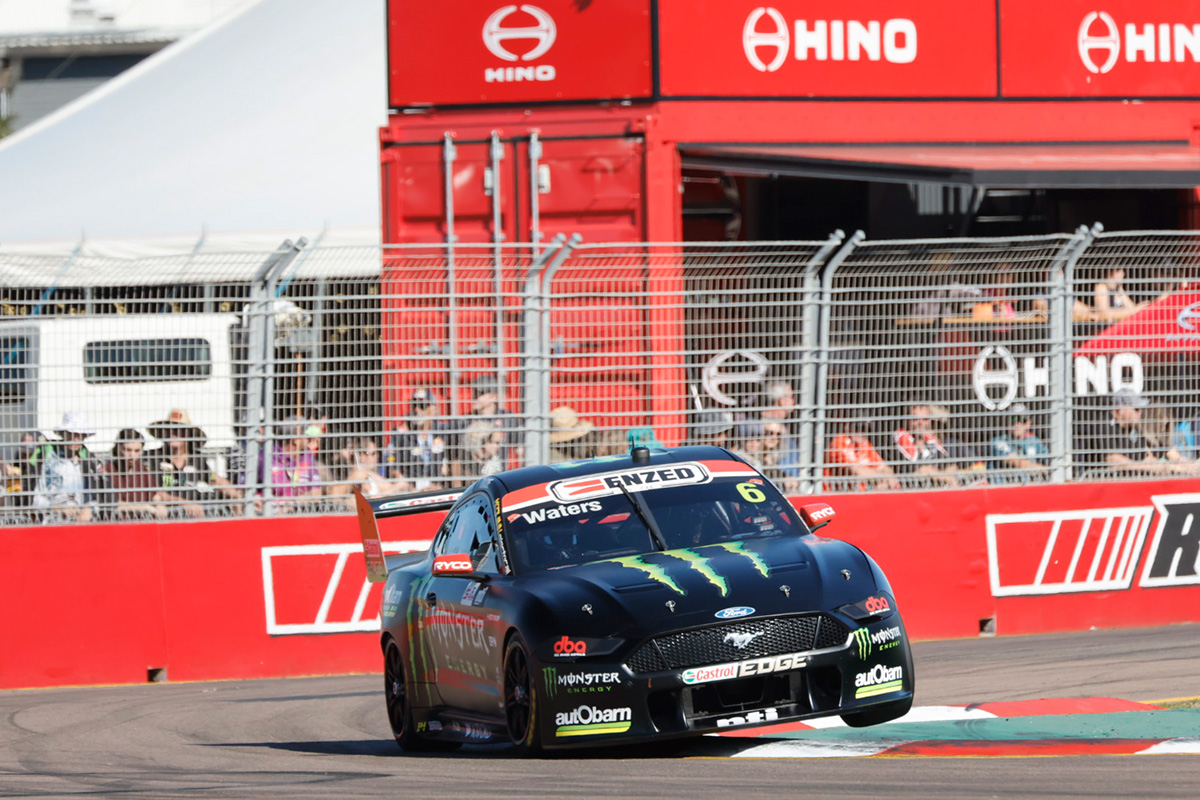 Tickford Racing’s Cameron Waters has taken provisional pole position for Race 19 of the Repco Supercars Championship at the NTI Townsville 500.

Waters set a final-minute 1:13.0869s in the #6 Monster Energy Mustang to beat Red Bull Ampol Racing’s Shane van Gisbergen to top spot by 0.1224s, although the championship leader had already put his cue in the rack before the final runs.

Van Gisbergen waited longer than most to venture out for his opening run and jumped to the top on his second genuine flyer when he clocked a 1:13.2093s in the #97 ZB Commodore.

With the first runs done, arguably the biggest name outside the top 10 was Mostert, who sat 15th in the #25 Mobil 1 Optus ZB Commodore at 0.1527s outside the provisional Shootout positions.

Davison joined van Gisbergen in also sitting out the final few minutes of proceedings while the rest of the 23 drivers went again in a bid to secure passage to the one-lap dash.

Scott Pye (#20 Nulon ZB Commodore) and Tim Slade (#3 CoolDrive Mustang) both booked their passage to the Shootout with late laps, taking ninth and 10th respectively, but David Reynolds was bumped out by Mostert’s final effort.