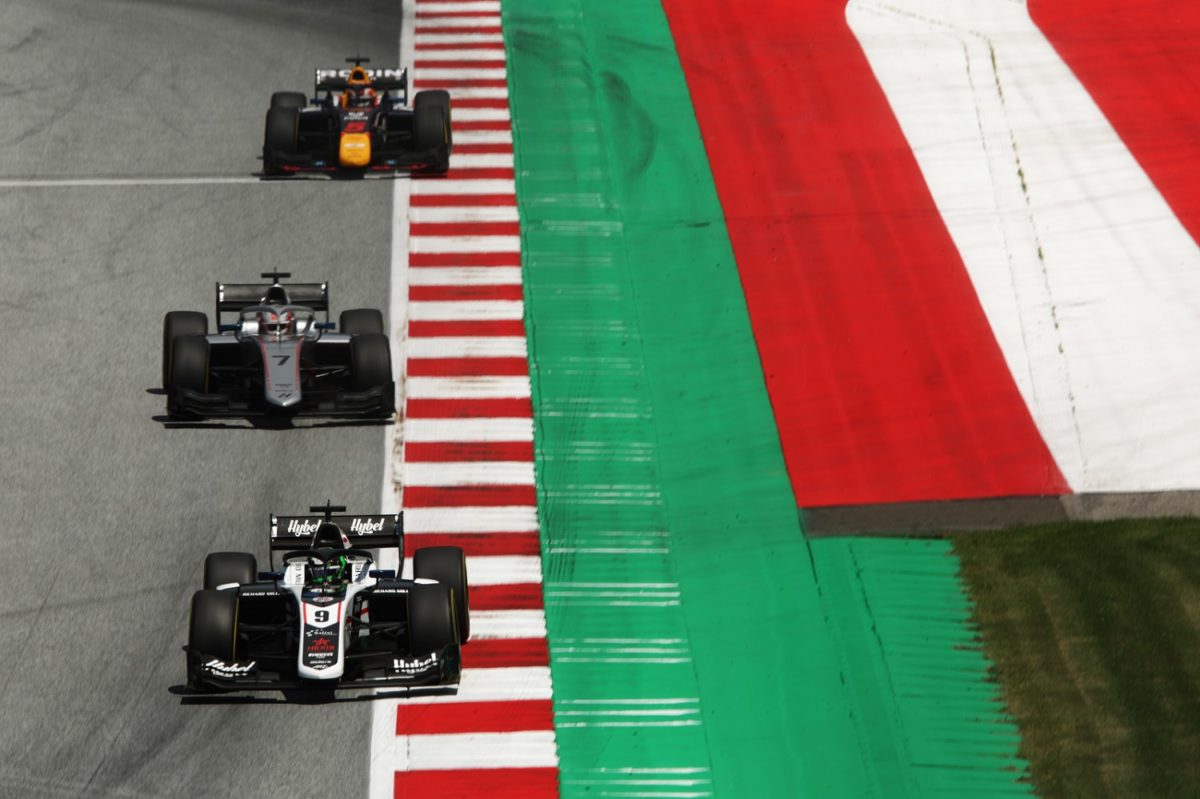 A lap towards the end of the session saw the Mercedes junior shoot to the top of the timing screens, heading Juri Vips and Silverstone Feature race winner Logan Sargeant.

Last weekend’s Sprint race winner Jack Doohan will line up sixth on Sunday, which will become fifth for tomorrow’s encounter owing to the reverse top-10.

The American improved on his second push lap and, for a matter of seconds, moved into provisional pole.

Doohan soon reclaimed the spot by just 0.01s, before his American rival’s lap was deleted for track limits, dropping him to seventh.

Following their second flying laps, the field as one returned to the pit lane.

Beginning his final run early, Amaury Cordeel shot to second with a 1:14.457s – his best qualifying of the season to date was 15th.

It pre-empted a significant and rapid change to the order in the final minutes.

It was then the turn of Frederik Vesti, recording a 1:14.123s to sit 0.161s clear with four minutes left in the session.

Doohan’s time was deleted after he was deemed to have exceeded track limits at the penultimate turn, dropping him behind Drugovich to third.

However, the timing screens were ever changing, both as drivers completed laps or had times deleted for track limits.

Ayumu Iwasa set out on a final flying lap just seconds before the chequered flag was shown, the Japanese driver rising to fourth.

He was unable to topple Vesti, who recorded his first Formula 2 pole position, followed by Vips and Sargeant.