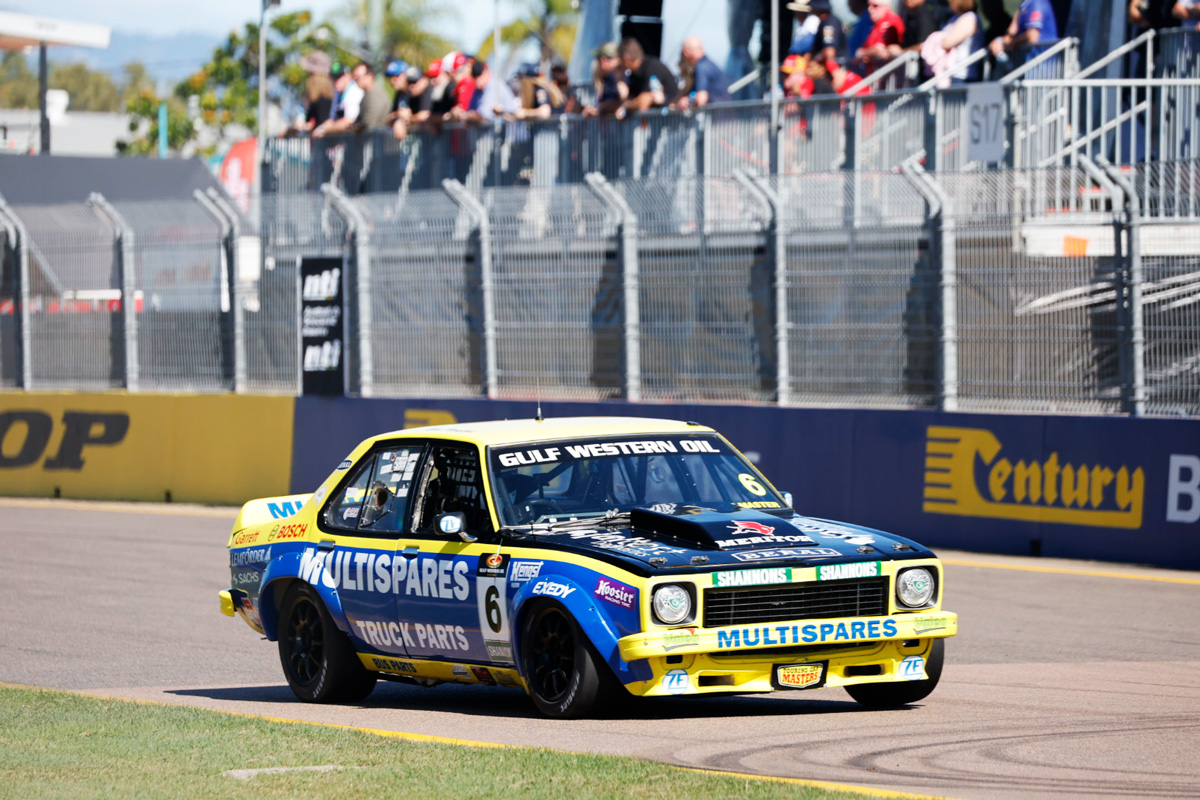 Ryan Hansford has won the opening points-paying race of the weekend at Townsville in Gulf Western Oil Touring Car Masters.

Hansford was unchallenged from pole position through the 12-lap race, winning by 0.6s over the next best car.

It marked the Holden Torana driver’s first win of the 2022 season and his seventh in TCM.

John Bowe moved up to second at Turn 2 on Lap 2 with a move on George Miedecke.

While Bowe took the chequered flag second, Miedecke fell to fourth as Andrew Fisher moved his way into third.

Danny Buzadzic, who won the Trophy Race on Friday, completed the top five.