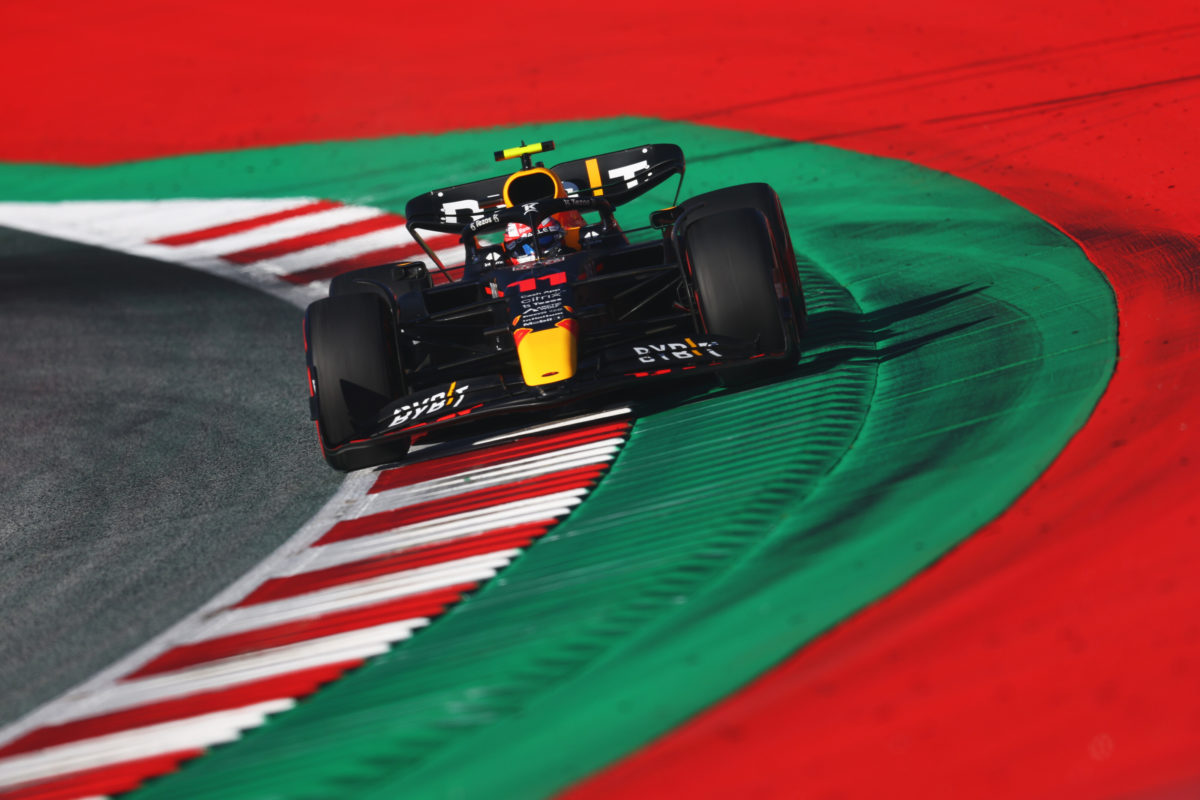 The Mexican had set the fourth fastest time in the three-part hit-out to secure a spot on the second row alongside Carlos Sainz.

However, his progress to Qualifying 3 came despite a track limits violation at the end of the second segment.

“Perez left the track at Turn 8 on his last flying lap of Q2, just prior to the end of the session,” the stewards noted.

“As this was not identified until the moment before Q3 started, the lap was not deleted prior to the start of Q3 and Perez started Q3.

“This is a consequence of having many situations to examine in each session. The video was clear and there is no doubt of the breach, which the team admitted.

“This situation, where a driver moves through to a subsequent round of qualifying, and then is identified as having committed a track limits breach, does not happen regularly and certainly not recently.

“Thus the stewards have to examine this as a new situation.

“The usual penalty is deleting the lap time concerned, and the stewards order the same penalty here,” it added.

“However, as a consequence, the driver would not have proceeded into Q3 and therefore, in fairness to all the other competitors, the stewards order that all the lap times for Q3 for the driver also are deleted.”

Reverting back to Perez’s penultimate flying lap in Qualifying 2 sees the Red Bull driver drop to 13th on the grid for Saturday’s Sprint.

It also promotes George Russell onto the second row alongside Sainz despite the Brit ending qualifying with his Mercedes in the fence at the final corner.

He too was summoned by officials post-session for entering the track without permission when he crossed the circuit to return to pit lane.

“Russell had just crashed in Turn 10 and caused a red flag,” officials noted.

“He then crossed the track on foot and entered the section of the pit lane that does not have a speed limit, without permission from any marshals.

“At the time he started crossing the track, some of the cars were still on track and could possibly have missed the pit entry, causing an unsafe situation.

“The stewards spoke to the driver and he was issued a warning.”

Friday’s qualifying session set the grid for Saturday’s Sprint, the outcome of which will determine the final make-up of the starting order for Sunday’s race.

Max Verstappen will start from pole, with Charles Leclerc alongside him on the front row.

The Sprint gets underway at 00:30 AEST this evening.