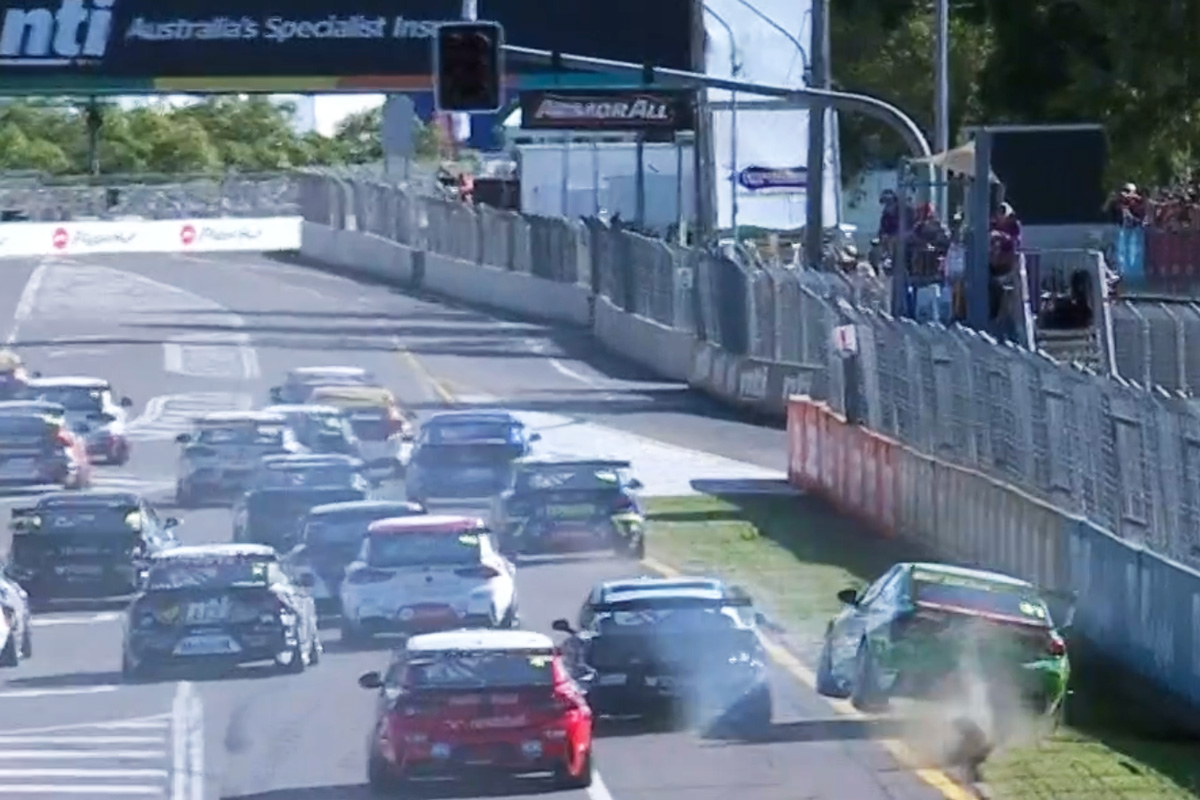 James Golding’s first race back in Supercars only made it a few metres before he encountered strife in a start-line collision with James Courtney.

Golding had qualified 21st on the grid for Race 19 at the NTI Townsville 500 in his return to Supercars’ top tier as a mid-season replacement for Garry Jacobson.

As the PremiAir Racing driver got moving he had to go around Courtney but was immediately chased to the right-hand side of the circuit.

The pair clipped, momentarily vaulting Golding into the air on the pit straight and damaging the steering on the Subway car.

“I got a pretty good launch and James Courtney just had a heap of wheelspin and I went to go to the right of him,” Golding told Speedcafe.com.

“Then all of a sudden he’s decided to turn hard right which has grabbed the front of my car, lifted it up and bent the steering at nearly like 90 degrees right-hand down.”

Courtney was handed a 15-second time penalty for the incident which Stewards deemed as ‘careless driving’.

The Tickford Racing driver said he was focused on the wheelspin he was having rather than holding up Golding off the start.

“I got hit and I didn’t see anything,” Courtney told Speedcafe.com.

“I’m looking forward and I’m not really looking back and I had quite a bit of wheelspin.

“I didn’t intentionally try and take anyone out or anything, but I just didn’t see him.”

PremiAir Racing was able to complete a quick repair job on Golding’s Holden ZB Commodore and get him back in the race to turn some valuable learning laps.

Golding took the chequered flag 23rd while Courtney managed 20th in the end.

“The boys fixed it but it wasn’t perfect but it was enough to get a good read and go through the whole race process,” Golding added.

“I felt pretty comfortable to be honest, it was all just second nature.

“I was just getting back into the swing of things and what you’ve got to think about with roll bars and tyres and how you look after them.”

Supercars return to the track tomorrow at 10:10 local time/AEST for Qualifying ahead of Race 20.