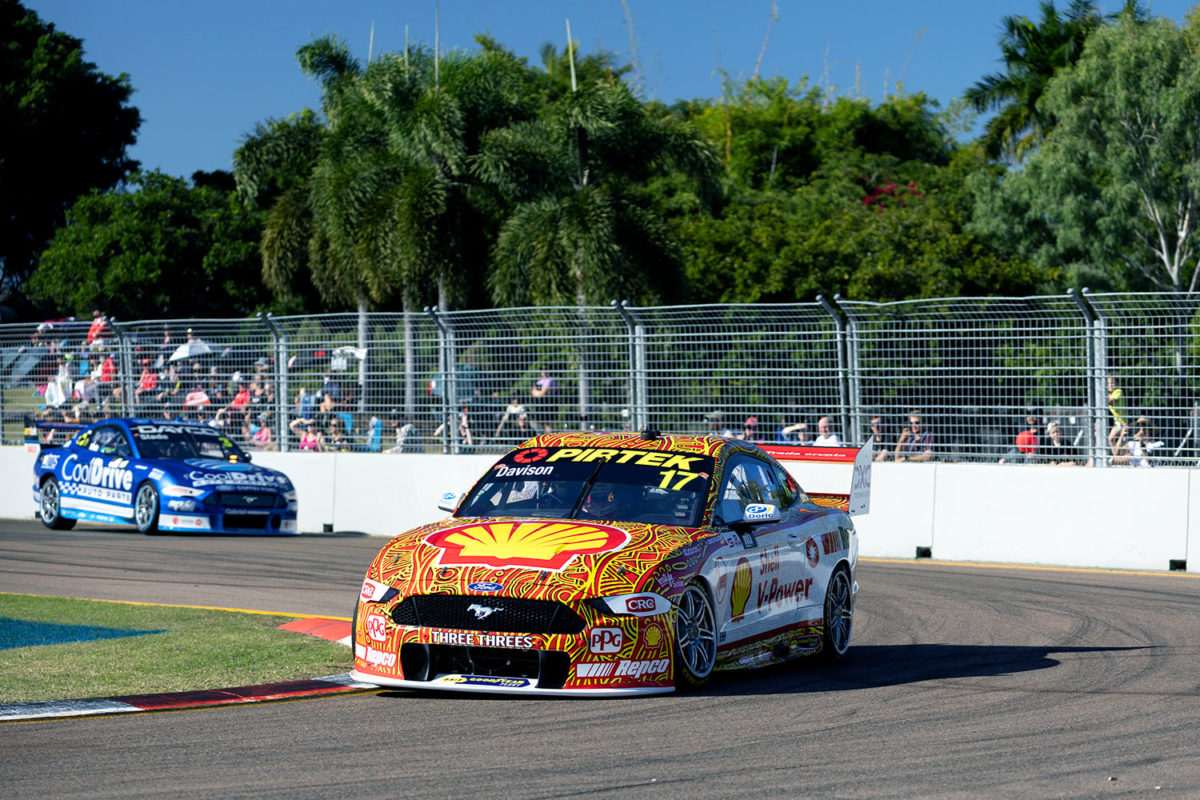 Will Davison admits responding to a Chaz Mostert undercut compromised his strategy as he finished second in Race 19 of the Supercars Championship at the NTI Townsville 500.

The Shell V-Power Racing Team driver had moved into the official lead when eventual race winner Shane van Gisbergen made his second and final pit stop with 24 laps of 88 remaining.

More than 17 seconds separated those two once van Gisbergen came up to speed again, but the Red Bull Ampol Racing driver had hacked away more than half of that gap by the time he passed Mostert with 12 laps to go.

With four laps remaining, he blazed past Davison as they drove off Turn 13, and pulled away thereafter.

All three of the aforementioned steerers had been on the same tyre strategy of hard, hard, and then super soft, but diverged on how their stints were divided up.

Mostert was running third, one position and about eight seconds behind Davison, when he made his final stop on Lap 52, then Davison was into the lane on Lap 55.

That made for a 33-lap final stint for Car #17, four longer than the 29 laps Tim Slade did when he started the race on super softs, a stint which seemed to end at the crossover point between that compound and the hards.

“We came in very aggressive early which… hey, we had a crack,” said Davison.

“We were covering Chaz – loves coming in early, he does – so we just didn’t want him to undercut us.

“So, really, that’s what drew our strategy to what it was, and nearly hung on, not quite.

Davison affirmed that, if not for Mostert, he would have gone longer and hence been in a better situation to deal with van Gisbergen in the closing stages.

“Yeah, I think that was certainly the plan,” said the 39-year-old.

“So, we’ll go through everything tonight obviously and assess what we could have done different.

“But, at the end of the day, the team did a good job; we’ve come a long way from last night.

“We weren’t really competitive yesterday, but we had a really good car today and took a big step forward from yesterday.”

Davison said he also enjoyed the nature of the contest, which he likened to a time trial given the pace disparity between hard and super soft tyres, and hence how much the running order chopped and changed depending on strategy.

“It was a good, fun race; enjoyed the battle,” he remarked.

“[It is] the old time trial race, hearing times, managing weird gaps, hearing 20-plus seconds but knowing it’s all going to come down to the last three or four laps.

“It’s a very tricky one to manage, but we just ran our own race, and it was quite confusing. You don’t know who’s who, trying to keep time trial, trying to keep your pace up, and coming up on cars that are a lap down or maybe started on the super soft.

“[It was] very easy to overheat your tyres and you’re just constantly trying to be consistent and minimise mistakes.

“I think we all had our run-ins with certain cars on different strategies and maybe a lap down, and a few arears when we certainly lost a little bit of time at the end of my second stint.

“But, it’s pretty tough out there, very low-grip, you’re hitting the kerbs really hard, really hard on the cars, but you’re just trying to minimise errors.”

Van Gisbergen and Davison took the chequered flag 5.2s apart, while Mostert faded to ninth in the end.

Sunday at the NTI Townsville 500 is essentially a repeat of Saturday with Qualifying and a Top 10 Shootout on hard tyres only, then a set of super softs coming into play for another 88-lap race, the 20th of the Repco Supercars Championship season.