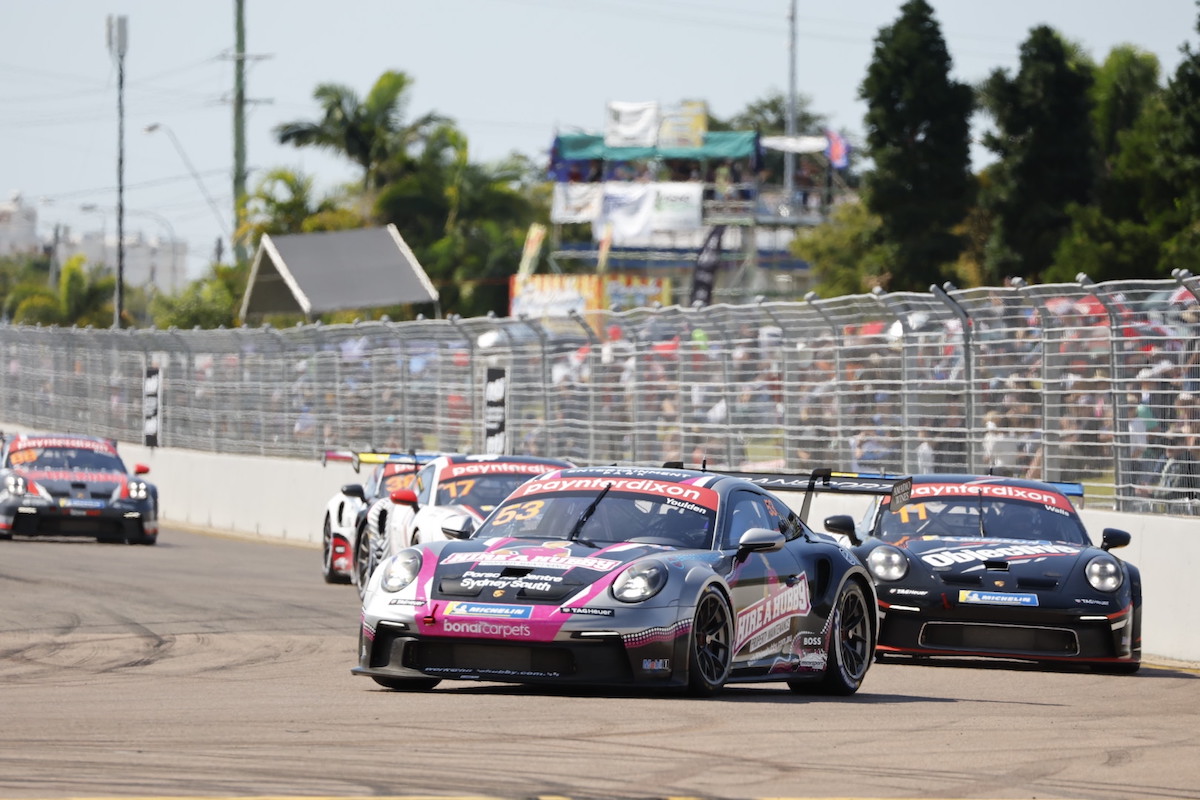 Race 1 of Porsche Paynter Dixon Carrera Cup Australia in Townsville has descended into farce, with the top three finishers disqualified on a technicality.

The Saturday race was already far from ideal, given just eight of 17 laps were completed, of which only the first was under green flag conditions.

That opening lap had included a Turn 2 pile-up that had already effectively wiped a number of front-runners out of contention, before Tony Quinn suffered a hefty crash at Turn 10.

The field followed the Safety Car thereafter, with Luke Youlden first to greet the chequered flag ahead of Jackson Walls and Callum Hedge.

However, it has now emerged that the original podium trio have all been disqualified post-race.

“Based on the Preliminary Results, the last lap of cars 53 (Youlden), 11 (Walls) and 17 (Hedge) was slower than twice the fastest lap lap time of the winner in the preliminary results,” read the Motorsport Australia stewards report.

“Competitors have the right to protest.”

The ruling sees David Wall promoted to victory, with Duvashen Padayachee and Brad Shiels now rounding out the podium.