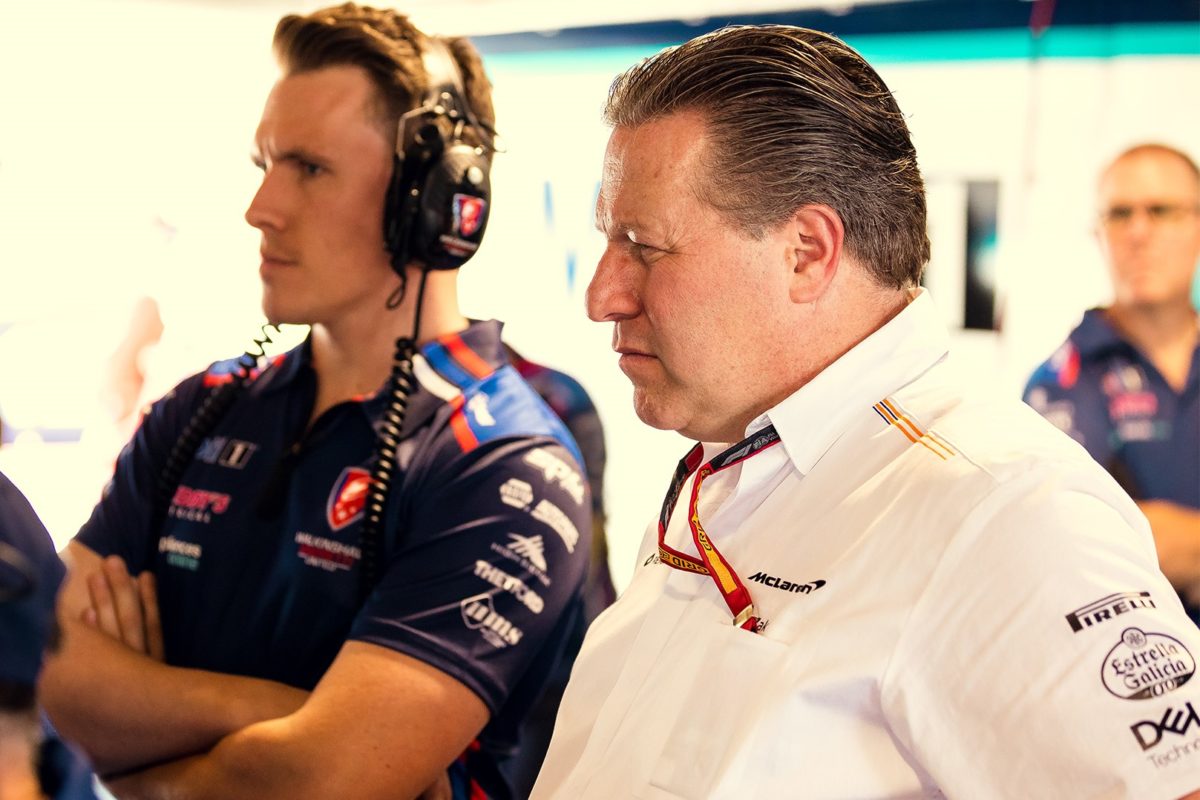 Walkinshaw Andretti United director Zak Brown has stated that he will attend this year’s Repco Bathurst 1000.

WAU claimed its first Great Race win of the joint venture era last December, when Chaz Mostert and Lee Holdsworth dominated despite the setback of a delaminated tyre.

Brown, however, was at the Formula 1 Saudi Arabian Grand Prix that weekend in his capacity as McLaren Racing CEO, and missed out on experiencing the Bathurst triumph firsthand.

Speaking to Fox Motorsport host Jessica Yates in an interview which is available in full on Kayo Freebies, he affirmed that he will be present at Mount Panorama this October, despite the usual clash with the Japanese Grand Prix.

Brown, who last attended a Bathurst 1000 in 2019, is also expecting to have some silverware waiting for him from WAU team principal Bruce Stewart later this year.

“I’m definitely coming to Bathurst this year,” he stated.

“I’m bummed I missed last year. I watched it the entire time.

“Bruce owes me a trophy, so in case he’s watching this, Bruce where’s my trophy?”

Brown already owned the team’s next most recent Bathurst 1000-winning Commodore, namely the Holden Racing Team VE which Garth Tander and Nick Percat drove to victory in 2011, before he became a co-owner of the squad through United Autosports.

The American is planning to drive that car again at Laguna Seca this year, presumably in either August’s Monterey Motorsports Reunion or October’s Velocity International, in the final months before the former factory Holden team becomes a Ford squad.

“With such a long history with GM Holden, the fan reaction when we moved, I mean, it was it was big news.

“Ultimately, we’re doing it for competitive reasons. Jim Farley who runs Ford [president/CEO of Ford Motor Company] is a good friend and a real racer, and Ford’s got so much history in in motorsport.

“Obviously, the Holden relationship was well before my time and even Ryan’s [Walkinshaw] time, and they’ve been an unbelievable partner.

“But, things evolve in time and we ultimately felt, for the next phase of our race team, Ford was going to be the best partner and we’re super-excited.

“We want to see if we can’t get that final win [with a Holden] this year in Bathurst and try again next year.”

Every Supercars Championship practice session, qualifying session, and race, is live and ad-free on Fox Sports.