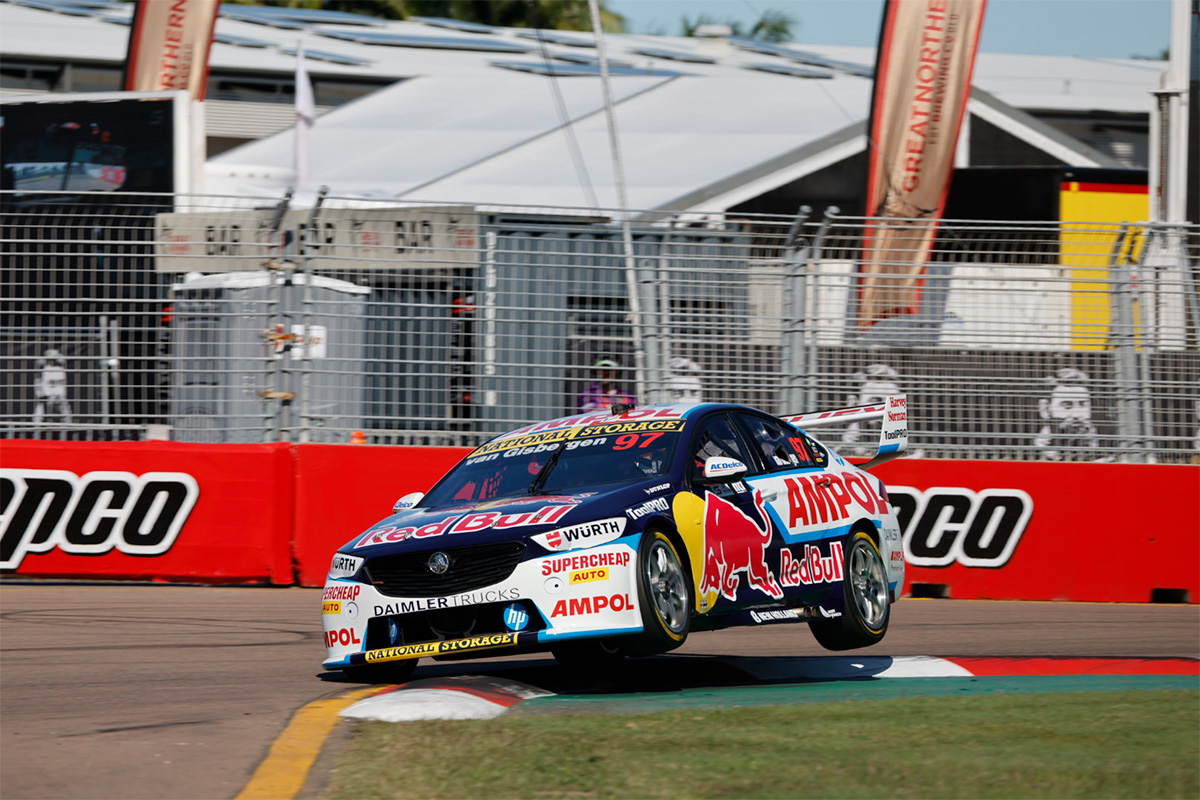 Shane van Gisbergen has set the pace in Practice 1 for Event 7 of the Repco Supercars Championship at the NTI Townsville 500.

In a fairly cagey opening session at the Reid Park Street Circuit, the championship-leading Red Bull Ampol Racing driver’s 1:13.6883s on his second flying lap proved the quickest time of the session.

The start of the hit-out was delayed by 20 minutes in order to fix a loose road plate, before the 25-car field was released for half an hour of practice.

David Reynolds (#26 Penrite Mustang) was quickest after the first flyers on a 1:14.1926s, before van Gisbergen (#97 ZB Commodore) moved into first position next time through.

With a return to the hard compound of tyre after a string of super or super soft events this year, and soft events at Townsville, there were plenty of set-up changes undertaken during the session.

However, the timing screen barely changed once the first runs were done.

Andre Heimgartner jumped from 10th- to second-quickest with seconds left before the chequered flag came out, courtesy of a 1:13.7857s in Brad Jones Racing’s #8 R&J Batteries ZB Commodore.

That effort shuffled Scott Pye back to third after the Team 18 driver had wheeled the #20 Nulon ZB Commodore to a 1:13.8927s, with the top five rounded out by Shell V-Power Racing Team duo of Will Davison (#17 Mustang) and Anton De Pasquale (#11 Mustang).

Practice 2 is scheduled for 14:50 local time/AEST.