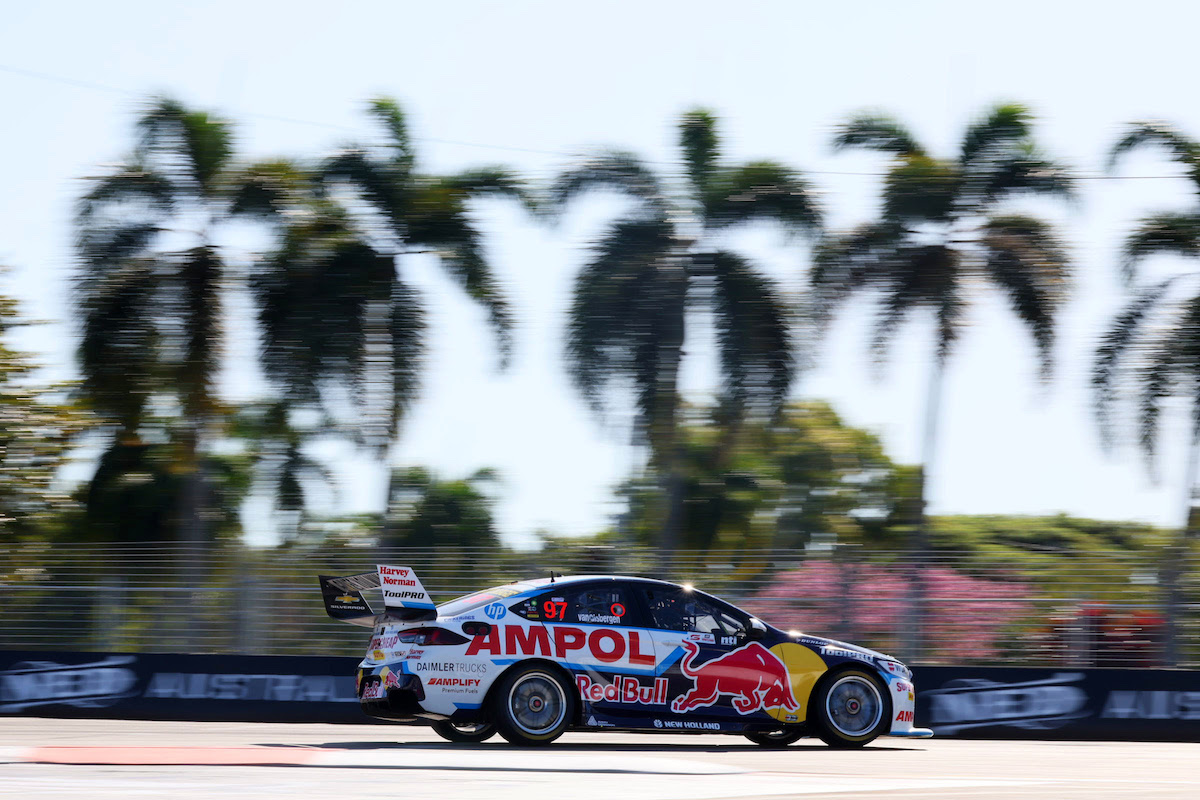 Shane van Gisbergen expects qualifying at the NTI Townsville 500 to be a tricky proposition, given the tyre situation.

The hard compound tyre is exclusively in play until Race 19 of the season commences, at which point one set of super softs will be made available per car for use at some stage during the Saturday afternoon 88-lapper.

The fastest time of Friday practice was set by Andre Heimgartner on the second flying lap of his final run.

Heimgartner admitted he should have found more time the first lap, but van Gisbergen nevertheless pointed to tyre warm-up difficulties.

“You’re probably better to do a warming lap or an 80 percent lap and then push on your second,” said the #97 Red Bull Ampol Racing driver.

That opportunity won’t be possible come the decisive Top 10 Shootout, but even getting to that single-lap hit-out will come with some challenges.

“We don’t have enough tyres to do two runs tomorrow [during qualifying] so we’ll probably be doing rears and shuffling [tyres], funky stuff like that,” added van Gisbergen.

“So qualifying will be interesting tomorrow.”

Another key focus for the Repco Supercars Championship leader will be getting off the line better than he has on many an occasion this season.

“Our race starts are so important this weekend, and it’s something we’ve practiced a lot during our test days,” said van Gisbergen, who finished third in Practice 2.

“We’ve lost a lot of races this year by not getting a good enough start, so that’s a massive focus for us this weekend.

“It’s so hard to pass in modern Supercars these days, and if you can get to the front at the first corner or jump a row, you’re at a massive advantage.”

Feeney admitted to a slightly tougher opening day at the Reid Park Street Circuit, down in 12th at the end of Practice 2.

“We didn’t have a bad day, although I’m a little disappointed in my efforts towards the end of the second practice session today,” said the #88 driver.

“We have a bit of improving to do overnight, but I can also do a fair bit better myself.

“I’m going to enjoy the long races here and I’m looking forward to returning to the refuelling races where strategy makes a big play in the race.

“We’ll put the work in overnight, do a good job in qualifying and hopefully we stay up the front.”