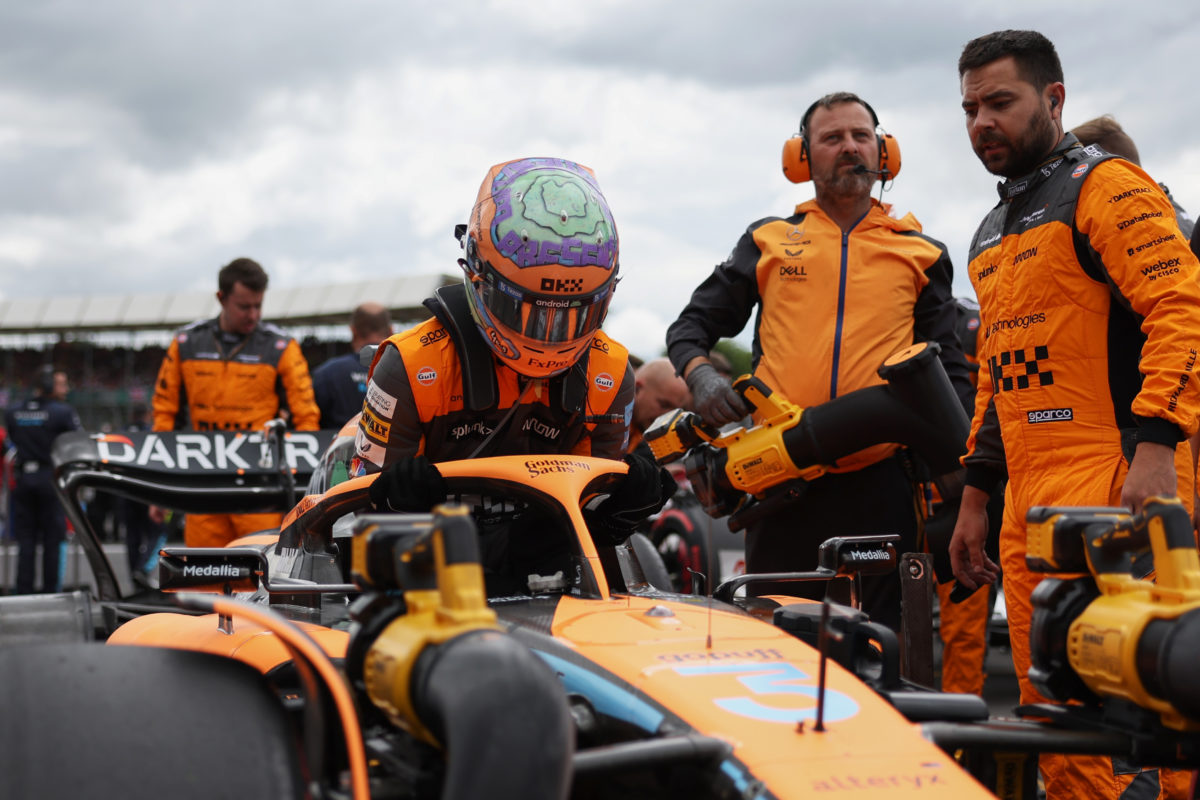 Daniel Ricciardo and McLaren are still searching for answers as to why the Australian struggled throughout the Formula 1 British Grand Prix.

Ricciardo found himself well off the pace throughout last Sunday’s race, with neither the team, nor the 33-year-old, having an immediate explanation for why.

Even now, almost a week on, there is seemingly no answer for the lack of pace which saw Ricciardo 13th, one but last of the classified finishers.

“It definitely was a pretty dark race,” he admitted in Austria on Thursday.

The eight-time grand prix winner explained he suffered what felt like a fundamental lack of grip in which resulted in time loss throughout the lap.

“It wasn’t like ‘oh, I’m not really feeling like I can hang on to the car here’, or ‘I’m worried that I’m just going to spin or do something’,” he explained.

“It was just I simply didn’t feel I had the same grip as every car around me, so it was just operating at a different level from that point of view.

“It wasn’t just one corner where we were really bad and the rest were okay, it just kind of felt like a lack of grip everywhere.

“So certainly a puzzling race, and obviously a frustrating one.”

Ricciardo had a similar lack of pace at the Spanish Grand Prix, with an issue on his McLaren MCL36 identified following the weekend.

Whatever the cause of the lack of pace, the fact remains that he’s had an inconsistent season, building on from what was a comparatively lacklustre performance in 2021, the Italian Grand Prix aside.

Heading into the new season, with all-new regulations, Ricciardo was expected to take a step forward, but instead has been overshadowed once again by team-mate Lando Norris.

Responsibility for reversing those fortunes, the Perth-native reasons, is not his alone.

“There’s a lot of focus on us as the drivers and controlling the vehicle, but I don’t think any driver’s ever won a race 100 percent off his own back,” Ricciardo said.

“It definitely is collaborative.

“I feel like the last few weeks was, I would say, better, and everything was kind of looking like it was in a much better direction and getting a little bit of consistency in that,” he continued.

“Then you kind of throw Silverstone in there and it’s like ‘okay, what the hell just happened?’

“There’s still a lot of things that are confusing.”

Ricciardo doesn’t believe last weekend’s issue is car set-up, suggesting that alone wouldn’t account for the significant pace deficit he had to Norris.

He also doesn’t feel he was leaving much, if anything, on the table in terms of on-track performance from the car.

“We do alternate through the season,” he said when asked by Speedcafe.com whether he’s switched chassis since the start of the year.

“As far as I know, every team probably alternates at some point, and you kind of cycle through them. I’m honestly not sure where we’re at at the moment.

“But these are, honestly, after a weekend like Silverstone, these are all things that you look at.

“Of course, you look at set-up, but okay it’s not set-up, it’s not like a two tenths thing or three tenths, it’s something bigger.

“So, then you start to look at, okay, what else? Is it something big like, as you touched on, a chassis or something like that?

“No stone is going unturned.”