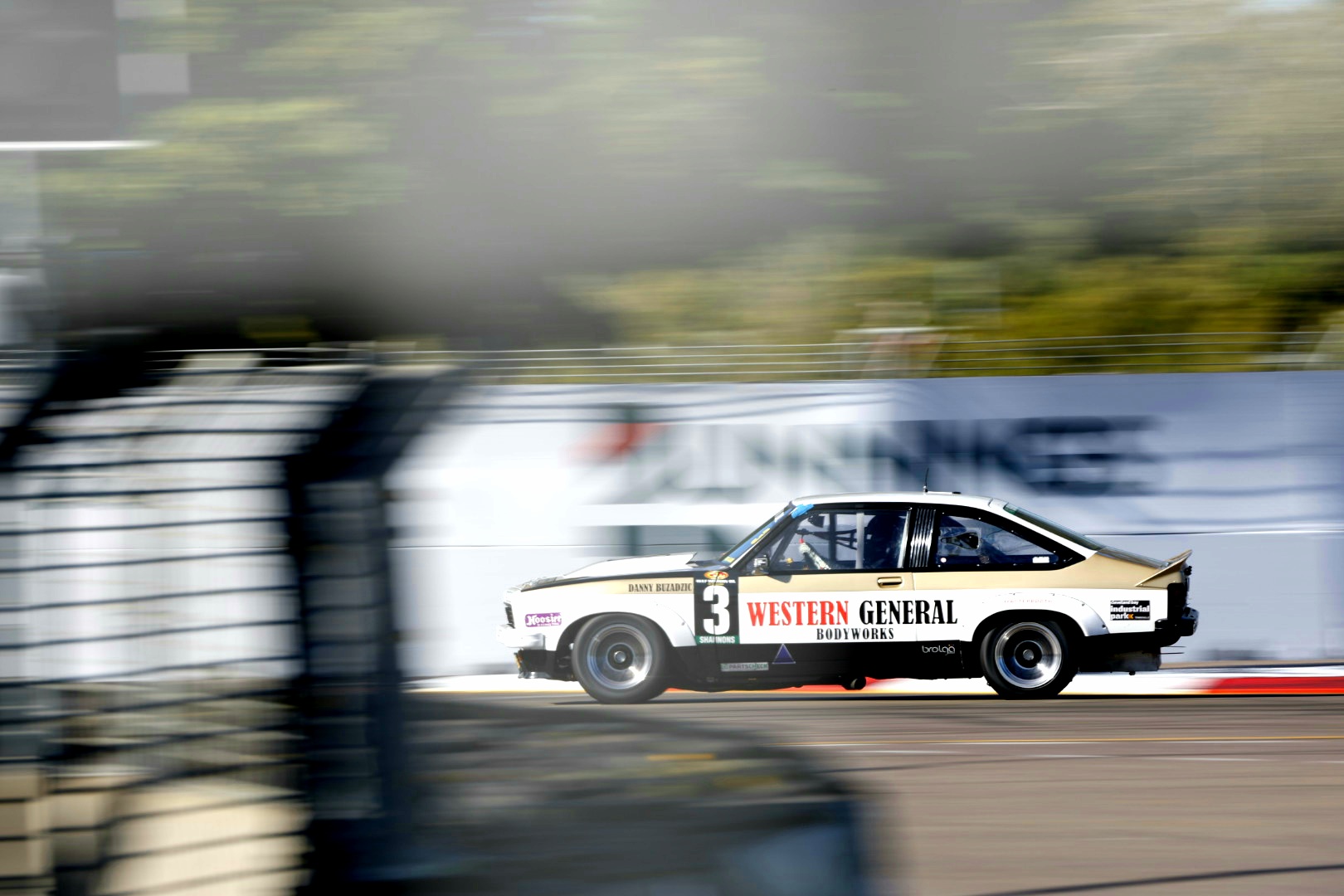 Buzadzic was joined on the podium by Tony Karanfilovski in the TIFS Third Party Logistics Ford Mustang and current championship contender Ryan Hansford, who set a new lap record as he charged forward 12 spots from the rear of the grid in his Multispares Holden Torana A9X to finish third.

It was a wild start to the Trophy Race, with Ben Dunn briefly becoming a first time lap leader in the Balmain Coffee Company Chevrolet Monza before he locked his tyres up and fired it down the escape road at Turn 3 on the first lap.

Shortly afterwards, Karanfilovski and Jim Pollicina in the MoCOMM Motorsport Comms Holden Torana A9X were racing door-to-door before Pollicina spun, forcing the field to take evasive action, leaving Karanfilovski ahead by more than three seconds at the end of the first lap.

By then, Buzadzic had already capitalised on the chaos to cross the line in second, up 10 spots, at the end of the first lap, as did former Supercars driver Cameron McConville in the ACM Auto Parts Chevrolet Camaro, who was up six spots into third by Lap 2.

The first time race winner dived down the inside of Karanfilovski at Turn 3 on Lap 5 to claim the lead of the race, where he remained until the chequered flag dropped.

This is where Hansford began his charge onto the podium, moving past multiple series winning TCM champion John Bowe, in the Rare Spares/Paynter Dixon Holden Torana SL/R, into fourth on Lap 7, McConville into third on Lap 8, before setting a new lap record of 1.20.6992 on Lap 9.

Bowe, who encouraged McConville to take part in the series, had a late race dice, before the former moved up into fourth on the penultimate lap.

Touring Car Masters returns to the track tomorrow for Race 1 at 10:35 local time/AEST.