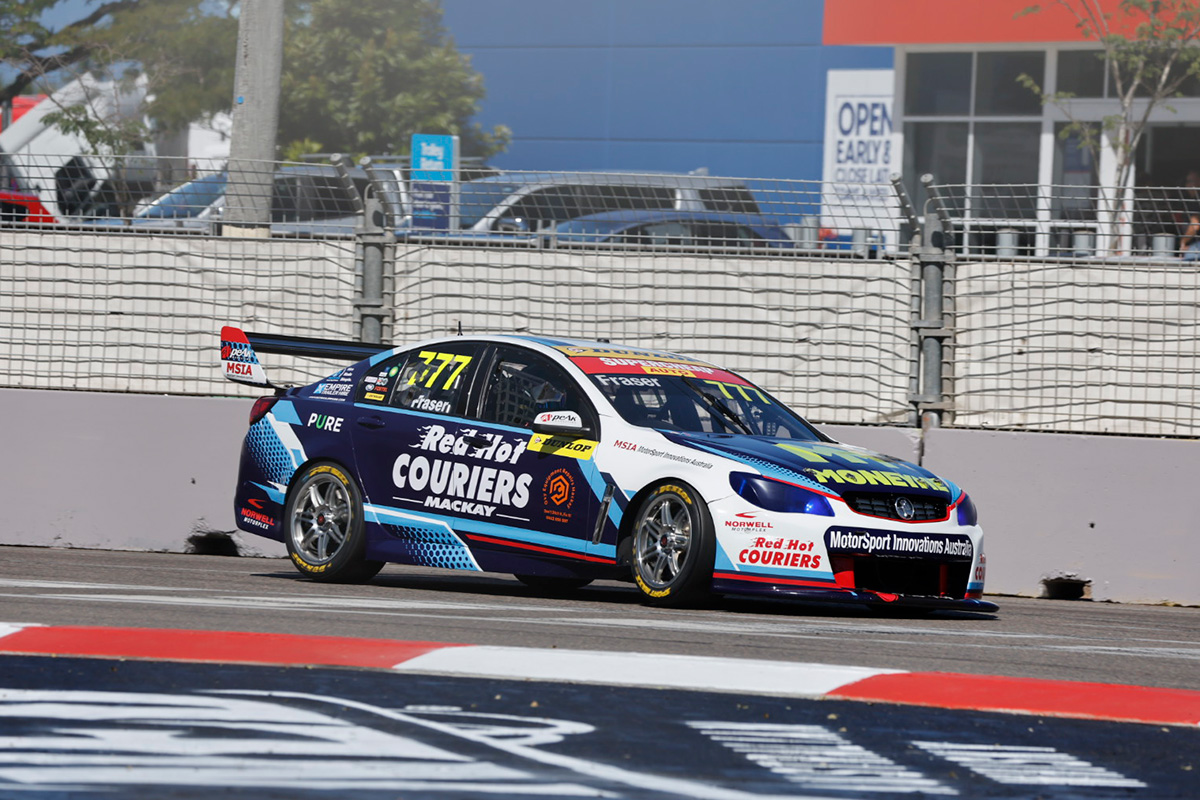 Declan Fraser came through with a late flying lap to top the second practice session for the Dunlop Super2 Series at the NTI Townsville 500.

The top two were separated by a mere six-hundredths of a second, while Fraser’s team-mate Cameron Hill was third.

Jaylyn Robotham set the pace in the early stages on a 1:15.684s before the session was interrupted.

The red flag flew at the halfway mark with Brad Vaughan stopped on the main straight, partially blocking the pit exit.

Vaughan reported a driveline or gearbox issue after hearing a ‘bang’ exiting the final corner.

Gary Hills in the #76 Super3 entry appeared to have made contact with a wall prior to the red flag, with replays showing a damaged front-left corner as he hobbled back to the pits.

As the clock ticked down to five minutes remaining, Tim Blanchard moved to the top with a 1:15.674s.

More improvements came prior to the chequered flag, Everingham going quicker on a 1:15.258s as Zak Best slotted into second.

Angelo Mouzouris and Fraser both went ahead of Blanchard, with many of the quick times courtesy of green tyre runs.

As the session wrapped up Cameron Hill improved on his last lap to go second, punching in a 1:15.270s.

Fraser lowered his time to a 1:15.418s and climbed to third, but pushed on with it on the next lap.

That last lap from Fraser yielded the session best of 1:15.196s to put him ahead of Everingham and Hill.

Best and Mouzouris completed the top five, while Kai Allen was the best of the Super3 runners in 16th outright.

Qualifying for Race 1 gets underway on Saturday at 09:05 local time/AEST with Super3 out on track ahead of Super2.