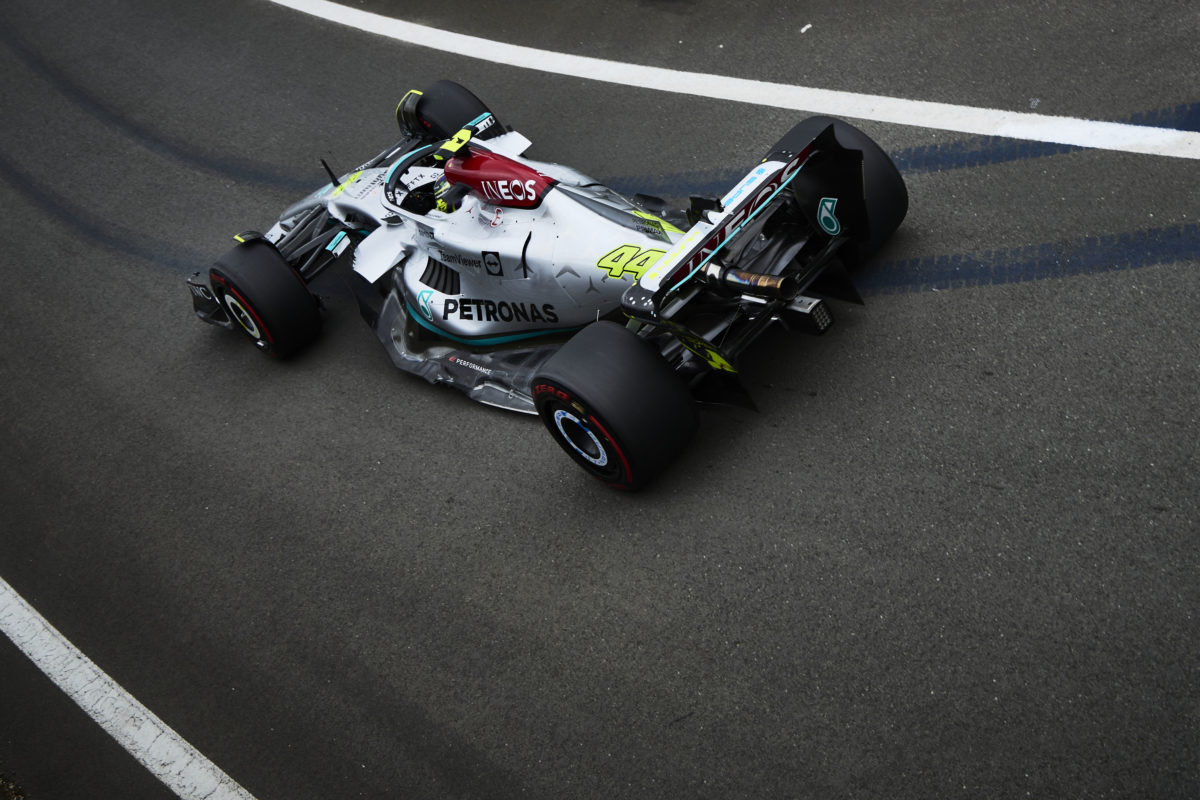 The porpoising technical directive has been further delayed

The Formula 1 Commission has agreed to delay the introduction of a technical directive surrounding porpoising until the Belgian Grand Prix next month.

Initially published on the Thursday prior to the Canadian Grand Prix last month, it’s full introduction was delayed until the British Grand Prix.

That then became the French Grand Prix, and now the Belgian event at Spa-Francorchamps on August 26-28.

It comes as the matter proves rather more difficult to resolve than expected, with a number of key issues needing to be addressed.

One of those was the metric by which the FIA would measure vertical acceleration to determine what was and was not permissible.

However, it’s been the revelation that some teams, understood to be Red Bull and Ferrari, are exploiting a loophole within the regulations regarding floor flexibility has been a greater sticking point.

All cars carry what is termed a plank under the cars – a skid block on which limited wear is allowed.

There are points on that plank which are measured with an allowable deviation set with regards to flexibility.

However, those points are towards the front of the plank, with teams understood to be flexing it towards the rear in an effort to increase downforce.

“There was a discussion regarding the draft Technical Directive that addresses safety concerns relating to the vertical oscillation of the cars (also referred to as porpoising),” a statement from the FIA received by Speedcafe.com read.

“Following feedback and consultation with the teams and in order to allow the teams to make necessary updates to the plank and skid assemblies, which will ensure a fair application of the metric used to measure this oscillation across all cars, the implementation of the draft Technical Directive issued to the teams prior to the British Grand Prix will come into effect from the Belgian Grand Prix.

“The enhanced controls by the FIA introduced as from the Canadian Grand Prix,” it added.

“Several proposed actions to address this issue in the 2023 Technical Regulations were also discussed, with clear directions to be taken to the Technical Advisory Committee.”

It is also the first event back following the summer shut down, a three-week period in which team’s operations are heavily restricted for two weeks.

Work relating to improving car performance is not allowed, affording designers and engineers time off, though maintenance, marketing, finance and legal departments – those areas which don’t impact car performance – are allowed to work through.

The final event prior to the break is the Hungarian Grand Prix, which runs from July 29-31.